Trump Gets A Pass

The Trump administration is reportedly getting the friends and family deal over at Facebook when it comes to the platform’s misinformation rules – which don’t seem to apply to prominent Trump associates and conservative groups, according to The Washington Post. The theory is that social media giants fear accusations of anti-conservative bias, so they’re taking a light touch. In this case, Facebook seems to have treated certain accounts with kid gloves, including one belonging to Donald Trump, Jr. and another to America First Action, the biggest pro-Trump super PAC. Current and former Facebook employees say that the preferential treatment has undercut the company’s efforts to curb misinformation, particularly the technologies put in place to deal with bad actors. When the rules are applied, the penalties for peddling misinformation can be severe, including reduced traffic and possible demotion in search. Facebook apparently going easy on Trump’s family and allies contradicts claims of anti-conservative bias leveled by Trump and his children, as well as by Republican leaders in Congress. But, more importantly, it renews questions about whether Facebook is prepared to act against the systematic spread of falsehoods that could intensify as vote tallies are reported this week.

If at first you don’t succeed, try again? Speaking of Facebook, political groups are getting around the platform’s system for blocking false political advertising by reposting ads found to violate its policies, exposing a loophole in the company’s efforts to contend with misinformation. The Wall Street Journal reports that three political groups backing President Trump’s reelection bid have adopted the tactic. These groups repeatedly uploaded ads – with little or no alteration – that Facebook had previously pulled down after its fact checkers judged them to be inaccurate, according to researchers on misinformation and a public Facebook ad archive. Some of those reposted ads have been shown millions of times in swing states during the waning days of the US presidential campaign, a period when Facebook says it’s taking extra care to stamp out misleading political ads. It’s yet another example of Facebook’s continued challenges with enforcing its own policies across its platforms, especially to do with content that is politically divisive.

Keeping with our election theme, Facebook, YouTube and Twitter have spent billions boosting their security, their policies and their processes ahead of today’s presidential election, The New York Times reports. Seeking to avoid a repeat of 2016, in recent months – and with rising fears that violence could break out after the election – the companies have taken numerous steps to clamp down on falsehoods and highlight accurate and verified information. Facebook (I guess we’re piling on Facebook today) in particular has poured billions of dollars into beefing up its security operations to fight misinformation and other harmful content. More than 35,000 people are working to stave off disruption. Good luck.

The Path To CTV

And here’s some not (!) election-related news for you: While it’s only a matter of time until supply-path optimization is integrated with connected TV, agencies still need to overcome numerous challenges, such as ad fraud and scarce supply. As Adweek tells it, there’s a near endless number of SSPs that have access to a seemingly infinite amount of display inventory across countless websites. But in CTV, as in traditional linear, there are only a handful of established, trusted SSPs. Plus, many of the big media owners, such as Google, Amazon, Comcast and AT&T, avail their inventory exclusively to a select handful of resellers through their own ad tech stack. Oh, and the CTV space is teeming with ad fraud. Establishing preferred routes to supply is especially important in CTV, though, since there are so many different ways of accessing inventory: streaming platforms, such as Roku; ad-supported services, such as Pluto TV and Tubi; content owners, for example, Condé Nast; and demand-side platforms. With all these different options, it’s hard for marketers to manage reach and frequency. But where there are challenges, there is opportunity – as long as CTV can avoid some of the pitfalls of the digital display world. 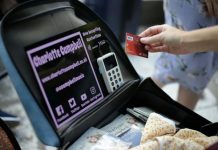 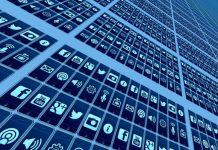 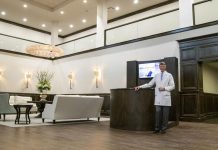 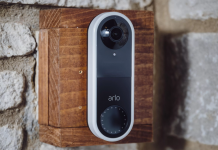 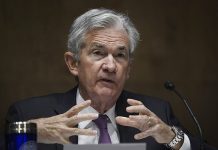 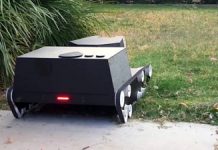 Robot does yard work and security, plus other tech news – Up News Info