I’m a geologist. Studying rocks is something I’ve been interested in since childhood, looking for fossils on the Dorset coast. For the past 18 years, I’ve been working for the British Antarctic Survey, researching changes in the Antarctic ice sheets to help governments plan for floods and other consequences of a changing climate.

I first met Tom the night I arrived at the Rothera research station on the tip of Antarctica. He is a professional mountaineer who assists geologists with their research. It had been a long trip from Heathrow to Punta Arenas in southern Chile, followed by another five-hour flight. Tom had been at the station a while, coming straight from another polar mission. We spent a few days training and testing our kit, then, on 21 November last year, we boarded a small ski-clad plane for a seven-hour flight south-west to our new remote home. Earplugs in, I got on with my knitting.

On landing, there was a flurry of activity as we emptied the plane and set up camp. After the plane left, there was silence for the first time in hours. I looked at Tom. OK, I thought, this is it – we’re stuck here together, hundreds of miles from anyone else, for a two-month expedition. We had a cup of tea in our shared 2m x 2m tent, and set about exploring.

I drew up a daily routine: a 7am alarm was followed by quick trips outside to the toilet (a plastic bin with a wooden seat attached) – the only time we spent apart. We’d check in with the station over the radio and have a coffee made with melted snow from our doorstep. Then we’d get to work.

My task when on location is simple: to collect rock samples and geological measurements from as many peaks as possible.

It is physically exhausting work, and not without danger. Some of the crevasse fields we crossed left me shaking. Being so far from medical help, I relied on Tom for my safety; my life was in his hands.

Trust quickly grew between us, and our friendship did, too. Within a week we’d discussed deep and intimate topics: the meaning of life, what follows death. I’m Christian: these big ideas are hard to avoid when confronted with nothing but nature’s beauty.

The weather could be horrendous. Stuck inside, we’d watch David Attenborough documentaries, read books and talk about our families. We couldn’t leave the tent for most of Christmas Day. Instead, we opened presents from our loved ones (a book for me; food for Tom) and I designed a card on my computer to send home. By late afternoon the storm had cleared and we set off on our snowmobiles across a glacier to our next campsite.

My children are used to me being away. It can feel as if I’ve missed big chunks of their lives, but they’re proud of me when I return. We had satellite contact for sending emails, but I found it hard to convey what I was experiencing, or to comprehend their lives at home.

I’ve been married for 18 years. Our wedding was the same year as my first Antarctic trip. My husband doesn’t like it when I leave, but he accepts it’s what I do. It is strange, experiencing so much without him: it’s not a question of him trusting me with another man; it’s just that he loves the outdoors, too, and is desperate to come with me. When I get back, we don’t talk too much about my trips. He’s exhausted from months of running the home, and I don’t rub it in his face by showing him my pictures.

When Tom and I got the date for our return journey, I started to feel emotional. I didn’t want our time there to end. You feel you’ve got to make the most of the final few days, to plant memories and soak up your time together.

Saying goodbye to the place I’d called home was a struggle. Tom was heading off to start another expedition, so I was leaving behind the man who’d been through it with me. At first you think you’ll stay in constant contact, but the intensity fades and real life continues. I looked down at him as my plane took off, knowing what we had just been through together was frozen in time.

Slowly, the plane’s heating warmed me for the first time in months, but then I had something else to worry about. Having not showered for weeks, I smelled awful. The sadness was quickly replaced by an urgent desire to wash.

• As told to Michael Segalov.

Do you have an experience to share? Email experience@theguardian.com. 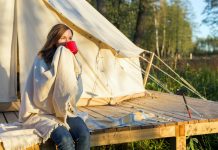 Winter Camping: Yes, You Can! 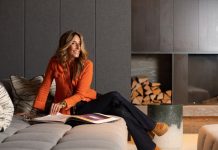 How To Travel Through Design 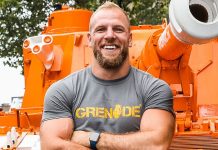 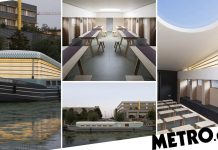 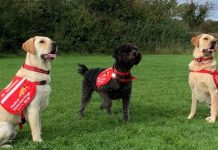 Meet the guide dogs being trained to 'sniff out coronavirus' in £500,000 trial 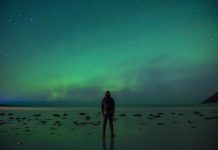 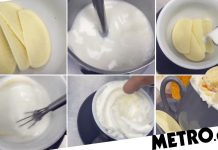 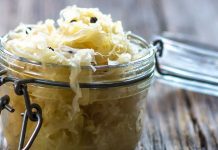