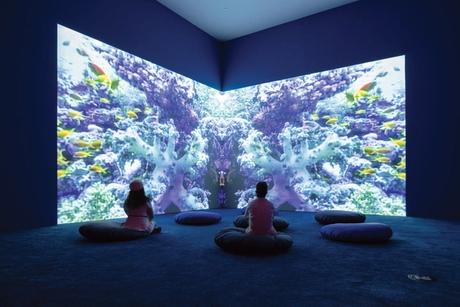 Curbing the art world’s contributions to climate change has become a top industry concern in recent years, and the pandemic-forced pause in 2020 shone a light on particularly wasteful practices. A new initiative from the artist-led collective Artists Commit seeks to attribute specific numbers to some of those practices. The group has begun releasing climate impact reports (CIRs) that gather data on the energy consumed and waste generated by specific projects and exhibitions, to accelerate climate action.

“The primary aim of the reports is to increase transparency,” says Artists Commit co-founder Laura Lupton. “Sharing the reports with the sector at large is a way of acknowledging that we are all on this journey together, imperfectly figuring out how to co-create an art world that we want to be a part of in the future.”

Since the project’s launch in October, five galleries and museums have conducted CIRs of varying lengths and degrees of technicality, including P.P.O.W in New York and the Museum of Contemporary Art (MOCA) in Los Angeles. The reports focus on four key areas: cutting emissions, eliminating waste, supporting people and promoting collective action. Artists Commit provides a flexible template and offers guidance through the process.

MOCA’s report was created for its first net-zero exhibition, Pipilotti Rist: Big Heartedness, Be My Neighbor (until 6 June 2022). The report was suggested by Haley Mellin, a co-founder of Artists Commit and of MOCA’s Environmental Council. “Rist conceived an exhibition with sustainability at its core, and it made sense to focus MOCA’s first climate impact report on her show,” Mellin says. “I had been working with the museum’s curators, exhibition team and registrars on a carbon calculation for the exhibition, and the metrics required for this report expanded our calculations into waste and other factors. The process was gradual and the report was completed over a three-month span.”

What do artists need?

The reports also provide an opportunity to better reflect artists’ needs. “Historically, supporting an artist has been defined by doing whatever is needed to make the show happen,” says Lupton. “For some artists, what it means to support them is to invite them into a transparent conversation about the climate impact of those decisions, working together to find alternative approaches.”

P.P.O.W’s report for Robin F. Williams’s recent exhibition Out Lookers came at the artist’s suggestion. P.P.O.W co-founder Penelope Pilkington says the gallery was already taking steps to reduce its energy consumption and had pledged to sustainable practices through Artists Commit’s sister collective, Galleries Commit. “The research made the whole team more aware of how we can reduce our individual and our gallery carbon footprints,” Pilkington says.

Comparing the two reports provides insight into how different institutions are able to use Artists Commit’s template. Both track the carbon emissions of building energy and transportation, among other factors. P.P.O.W’s report includes Williams’s studio climate policy. MOCA’s report includes a detailed breakdown of travel, including flights and taxis, as well as an overview of the transportation of artwork by sea freight.

Participants in the inaugural CIRs say they plan to continue weaving sustainable practices into their operations. For most, the reports also informed donations to climate funds, with many opting to support old-growth forest conservation through Galleries Commit’s partnership with the non-profit Art to Acres.

Recurring issues in the reporting included gaps in data and inaccuracies. MOCA’s report, for instance, mentions “granular aspects” of the overall carbon footprint that cannot be accounted for. “It was clear that there was seepage in the numbers and things I was not and could not account for,” Mellin says. “It seemed healthiest, and most educational, to be transparent. The aim is to get as close as possible to a correct carbon emissions quantification and see where the bulk of the emissions are generated.”

Similar initiatives have emerged in the UK and Europe, including the Gallery Climate Coalition’s Decarbonisation Action Plan, a ten-step strategy for art institutions to lower carbon emissions. The coalition’s free online carbon calculator was used in several of Artists Commit’s inaugural CIRs.

Sarah Sutton, the chief executive of Environment & Culture Partners, points to the apprehension individuals, galleries and institutions may feel about publicly reporting carbon data. “Reputation and appearances can help or hinder a project,” she says. “My greatest worry is that some will choose not to do this analysis or to share it because they worry about the potential ‘optics’ of their footprint.”

Sutton stresses the importance of reporting regardless of fears about reputational risks. “Concrete analysis strengthens all the components of climate work,” she says. “We must get past any anxiety about showing how much more must be done, whether at our own institutions or around us.”

Another potential roadblock, in particular for smaller galleries and artist-run spaces, is the labour required to do the reporting, with few having dedicated sustainability positions. MOCA recently hired Simone Paz as sustainability consultant. Hauser and Wirth similarly hired a global head of sustainability. Galleries like David Zwirner and Marianne Boesky have “green teams” to support sustainable operations, often with the help of collectives like Galleries Commit and Gallery Climate Coalition.

Ultimately, reports can help inform sustainable practices and identify areas in need of improvement. Institutions that do have the resources to dedicate to reporting can act as models for others working through similar challenges. For artists, once a report is completed for one exhibition, they have a framework for future projects.

Lupton says: “Making these conversations not only accepted but expected is the end goal.” 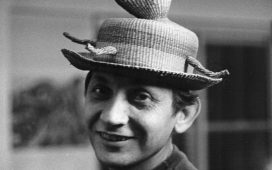 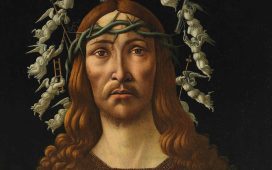 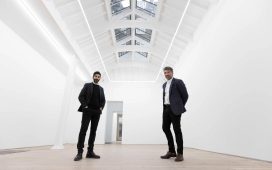 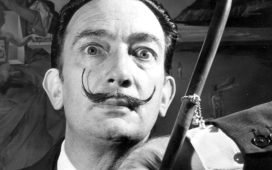