Everyone is now serious about UFOs. But they reveal more about earthling politics | Andrew Gawthorpe


The truth probably isn’t out there, but something is. Next month, the Pentagon will deliver to Congress a long-awaited report on its research into what the military calls unidentified aerial phenomena but the rest of the world calls UFOs. Ever since the New York Times reported the existence of a $22m Pentagon program dedicated to studying reported sightings of UFOs by military personnel – along with startling videos of the phenomenon – a steady stream of leaks have followed. Senators from Harry Reid to Marco Rubio have weighed in, demanding the issue be taken seriously. Now even Barack Obama has said that for years the government has been seeing flying objects that “we can’t explain”.

A society’s reaction to things it can’t explain always tell us more about the society than about the thing itself. And so far, the reaction has been remarkably muted. Perhaps the simplest explanation for the relative shrug with which these latest revelations have been met is that many Americans already believe the most radical explanation for them. According to one poll, two-thirds of Americans believe there is intelligent life on other planets, 56% believe that we have already made contact with them or will within 100 years, and over half believe UFOs might be alien spacecraft. Polls have shown similar results – albeit with high sensitivity to how the question is phrased – for decades.

Despite the enormous metaphysical and spiritual consequences which would flow from them, few people organize their lives around these beliefs. Those dedicated “ufologists” who do so are widely mocked. As America’s response to the coronavirus has shown, many people have trouble reckoning with the moral implications of the existence of other human beings, much less other sentient species. The topics which absorb the country’s political and media elites are much more immediate and visceral. If the shapes in the sky have a position on abortion, gun rights or Mitch McConnell, they haven’t yet made them known. Until they do, their relevance to the news cycle will remain limited.

Some commentators, though, have already dared to go where (almost) no commentator has gone before, and in doing so they are revealing of our political moment. The liberal writer Ezra Klein, for instance, has hoped for a unifying moment, the kind which happens in science fiction when first contact with an alien species is followed by humanity putting aside its differences. But, like American society, science fiction has been changing in ways which show how stifling and artificial such moments can be.

Science fiction has always been a sort of magical mirror in which we see what we want our own species to be, or conversely fear that it will become. A genre which used to consist largely of strong white men standing united against alien hordes is also home to authors such as Becky Chambers, Ann Leckie and Octavia Butler, whose fiction highlights the variety of human identity and relationships – sexual, gendered, class-based and racial. These different perspectives reveal how politically and culturally divisive a real first contact would be. Observers would rifle through the evidence (What is the alien’s family and economic structure? Do they believe in God?) to find validation for their own values, and as a cudgel to use against those of others. The fracturing of modern identity and the understanding that consensus often hides oppression makes unifying moments hard to imagine in even the most extreme of circumstances, liberal hopes notwithstanding.

On the right, Christian writers and thinkers have made a subtle claim for the superiority of their own worldview in interpreting the phenomenon. Some Christians argue that nothing in their faith precludes the existence of alien beings, and that Christianity may even welcome such beings on to the path to redemption. But more revealing of views on the right is Tucker Carlson’s recent intervention in the debate, in which he blasted the Pentagon for taking diversity issues more seriously than the threat of UFOs. This reminds us that sections of American Christianity – especially white evangelical Protestantism – are often as much about identitarian nationalism as they are about religious faith. Groups who were the most supportive of a crackdown on refugees and other humans they consider “aliens” might feel differently about actual aliens. But is it likely?

Indeed, most of society seems ready to view UFOs as primarily a security threat to which a response by the military is required. This not only says something about the human psyche, but it comes at a cost for understanding the phenomenon. It stifles the free flow of information. It also means that those at the heart of the investigation are predisposed towards certain kinds of questions. The narrow matter of whether UFOs represent a national security risk is worth investigating, but it hardly exhausts what we need to know. A world in which most curiosity is snickered or shrugged at while the military monopolizes serious research is one with its priorities out of balance.

We shouldn’t expect the Pentagon report to provide proof of life on other worlds. But that doesn’t mean it is useless, or that it should be ignored by even the most ardent of skeptics. After welcoming it and casting our eyes briefly to the stars, we should use it as an opportunity to remember the other truths which UFOs can reveal – the ones that aren’t out there, but buried deep within ourselves. 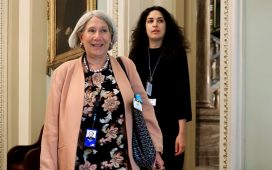 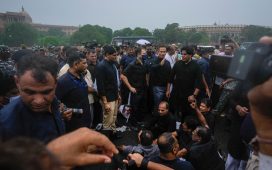 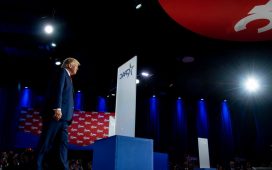 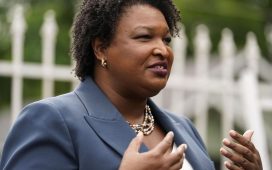 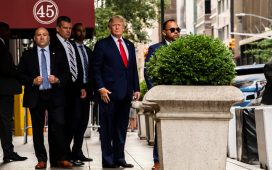