‘Every flat surface is an opportunity’: Lucinda Chambers’ unique sense of style


When Lucinda Chambers says, “I see every flat surface as a colour opportunity,” she isn’t fibbing. The west London three-storey Victorian home of the former fashion director of British Vogue – now founder of both the online shopping platform Collagerie and the fashion and homeware label Colville – is a deliciously love-worn colour fest. Joyful without being wacky, layered with pattern and textural contrast, it’s a delight – unless you’re a minimalist.

I’m not, but even I start to feel anxious while attempting to record the highlights. I’ve barely noted the ornate fountain in the front garden when I’m distracted by… well, everything: the front door’s floral curtain cinched with a knot of pom-poms; a Moroccan chandelier; the impressive gallery of photography creeping like smoke up the stairs; a glimpse of a white-painted veranda, festooned with hanging lanterns and a glitter ball, the tangled green garden beyond.

“The thing about this house is that it’s a constant work-in-progress,” Chambers says, cheerfully. “I’ve never had the luxury of doing a house all in one go. I think my head would pop off if I did.”

She shares the house with her husband, Simon Crow, and three sons, and at 10am on a Monday morning, the brown and white chequered lino floor in the dining room is covered in 24 framed prints of sepia-toned eggs recently found at a car boot sale. “I sent off to Ikea for very cheap frames and painted them with Annie Sloan chalk paint to make them a bit more matt,” she explains. “And then I did spend some money on the mounts and I got them back on Saturday, so I’m just playing with them now. I’m never happier than when I’ve got a project.”

The eggs are headed for a wall in the brown and white room in her other house in France, but there are similar collections here – a group of framed fiery-toned abstract prints in the downstairs sitting room, basketware behind the dining table, pebbles in the loo. She has lived here for more than 30 years and everything, she says, has evolved.

It’s the whole caboodle that gives impact. To “steal the look”, you’d have to go back in time, camp out at Portobello Market and have an incredible relationship with an upholsterer who would agree to do you a couple of mismatched sofa cushions in an old floral you have a few yards of because you’ve been collecting fabric since you were 12 (“I don’t know where I thought I’d be living. A mansion?”). You would have to be willing to haul outsized table lamps across continents – like the 3ft silvery Murano in her bedroom, which she found in New York when she was in her 20s and carried back on a plane – “I just held it. I’ve worn lampshades as hats on planes.” Most of all you would need to have an exceptional eye and such confidence in your taste (although Chambers doesn’t believe in “good” taste) that you can throw this mix together, add a cheap, striped cushion from Monsoon and a lampshade you’ve made out of hairbands (really) and be satisfied that it looks an absolute bomb.

That confidence has been honed during her estimated 4,000 fashion shoots during her 36 years at Vogue, working alongside renowned photographers, including Mario Testino, Herb Ritts, Patrick Demarchelier, Josh Olins – with whom she shot the Duchess of Cambridge for the cover of Vogue in 2016 – and the travel that entailed, which allowed her to “shop the world”. But the eye was inherited from her mother, who made her living doing up flats and houses which, in a detail worthy of the Cazalet Chronicles, was always on p58 of the London A-Z, aka Knightsbridge. “We moved 18 times before I was 18. I think it was probably very liberating, although at the time it was always, Oh God, we’ve got to move again and it’s just got nice,” she says. “Every one was completely different. Sometimes it was 70s low leather furniture with chrome tables, sometimes it was cork walls or sometimes very rococo and coral and gold. She was never afraid of change and there’s a huge legacy for me there. All change is good.”

A distinctive use of colour is the backdrop here – the acidic yellow of the dining room/kitchen, the Little Greene Firefly Red of the downstairs sitting room, trimmed with yellow, the two tone lilac-grey and plum of the hallway. “Colour often frightens people and I get that, but I also think it’s just paint. Painting a room for me is like posh dusting, it really gets the cobwebs going. And if you hate it, you can paint it again.”

Still, it’s not something she undertakes casually. “When I’m doing a room I always do a huge swatch on the wall. In the upstairs bathroom, there were so many paint swatches they all joined together and I had to write in pencil what they all were and then the boys wrote: ‘THIS IS NEVER GOING TO BE DONE.’”

She redecorates on a needs-must basis. “Only when a room reaches a critical point. When it’s so horrible it’s screaming: ‘Can you please do something about me?’” The downstairs loo was the most recent screamer. Previously white, she’s panelled it in tongue and groove, painting the lot in Farrow & Ball’s soothing Calke Green. The floor is black and white tiles and there’s a little French-looking lamp and a collection of green plates on the wall. “So now when you’re sitting on the loo, you’re not depressed.”

The biggest restructuring job in the property was 15 years ago, knocking through the kitchen into the side-return. She planned it over three years on flights between London and Milan where she was a consultant for Marni. “I worked out where every plug would go, everything. If you really plan it you won’t drive the builders mad because you’re changing your mind, and changing your mind costs extra always. So I get the door knobs, the latch, the hooks behind the door all in situ and by the time the builder is on site everything knows where it needs to go.”

I assume that hers is the dominant aesthetic in the house. “Well, yes. When we have people over, Simon always says, ‘Don’t you love my taste?’ He’s actually very appreciative. I don’t know what it would be like to be married to somebody who brought in their own ideas. Thank God, I don’t have that whole area of squabbliness to worry about.” 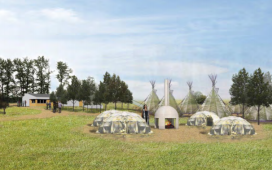 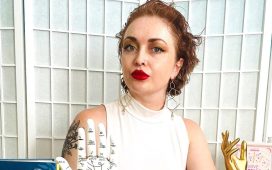 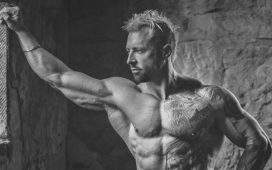 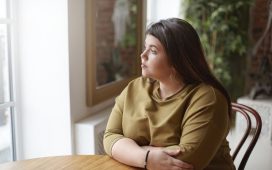 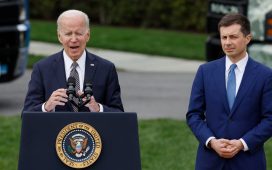 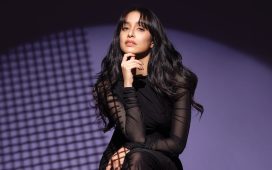 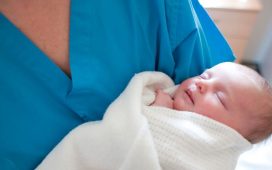