The EU is debating whether to water down a ban on Russian oil imports in order to placate Hungary’s leader, Viktor Orbán, who is blocking the latest European sanctions against Vladimir Putin’s war machine.

Under a compromise, the EU could ban Russian oil arriving on tankers but allow pipeline imports, a proposal that would allow Hungary, Slovakia and the Czech Republic to continue being supplied via the Soviet-era Druzhba pipeline that runs through Ukraine.

More than three weeks after the European Commission president, Ursula von der Leyen, proposed a complete ban on Russian oil imports to the EU by the end of the year, the bloc is stalled on the plans. Hungary, which is heavily dependent on Russian oil, has said it needs five years and billions of euros to upgrade its refineries.

The row threatens to overshadow a summit of EU leaders on Monday and Tuesday in Brussels, formally dedicated to discussing economic, political and humanitarian support for Ukraine, as well as the crisis in global food supplies.

Ukraine’s president, Volodymyr Zelenskiy, who is due to address EU leaders via video link on Monday, last week criticised the bloc for its failure to agree the oil embargo. “Look at the number of weeks the European Union has been trying to agree on a sixth package of sanctions against Russia,” he said on Thursday, adding that the EU was paying Russia nearly €1bn a day for energy. “Where did those who block the sixth package get so much power?”

When the idea of excluding pipeline oil was floated weeks ago, several member states shot it down on the grounds that it gave an unfair advantage to countries that can continue getting cheap Russian crude. Internal estimates by one EU member state suggest Hungary could benefit from oil 35% cheaper than neighbouring countries. Yet, after weeks of stalemate, a growing number of countries are looking for ways to break the deadlock.

“To have no agreement or drag things further would be the worst, but to see blackmailing consequences is also disappointing,” a senior EU diplomat told the Guardian, stressing that no decision had been taken.

The issue has deepened the wedge between Hungary and its traditional central European allies. A senior Polish diplomat said they could not understand the logic of Hungary’s policy on Ukraine and described opposition to the oil embargo as political, rather than technical. “They have received everything that is technically reasonable,” the diplomat said.

Hungary has been offered a two-year delay in introducing the oil embargo to allow time to retool refineries and establish new oil routes from its southern neighbour Croatia.

Some advise against rushing into a hasty deal as the proposed oil embargo was not due to come completely into force until the end of the year.

Others feel the delay sends a terrible political signal as Russian military forces in the Donbas appear to be gaining the upper hand through relentless artillery and airstrikes.

Hungary further angered some EU states when it said the question should not even be discussed at the summit on Monday. “It would only highlight our internal divisions without offering a realistic chance to resolve differences,” Orbán wrote last week to the European Council president, Charles Michel, who is organising the meeting.

Budapest is angling for EU funds to upgrade its refineries, which currently can only take Russian oil. Orbán complained there were not enough specifics on EU funds for landlocked central European states in a recent European Commission plan outlining how the EU can move away from Russian fossil fuels.

In that plan, known as RePowerEU, the European Commission made a controversial proposal to allow member states to sell surplus carbon credits that could make it cheaper to burn fossil fuels. The commission also suggested a voluntary transfer of funds from other parts of the EU budget.

But some of the decarbonisation funds would be placed in a recovery plan, which is currently unavailable to Hungary because of longstanding concerns about the rule of law. Hungary has been denied €7.2bn funds from the EU’s Covid recovery fund because it has failed to satisfy EU officials that it can ensure proper spending of the money.

Hungary is seen as being in a vulnerable position as the Druzhba (which translates as “friendship”) pipeline runs through Ukraine. Last week a senior Ukrainian official described the part of the pipeline running to Hungary as “great leverage”. Olena Zerkal, an adviser to Ukraine’s energy minister, said it would be “very appropriate if something happened to this pipeline,” according to comments reported by Ukrainian news agency Ukrinform.

Hungary’s opposition means other measures in the EU sanctions package have not come into force, including tightening restrictions on Russian banks and imposing asset freezes and travel bans on dozens of high-ranking Russians, including a former gymnast rumoured to be Vladimir Putin’s girlfriend and the head of the Russian Orthodox Church, Patriarch Kirill. 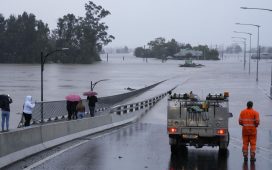