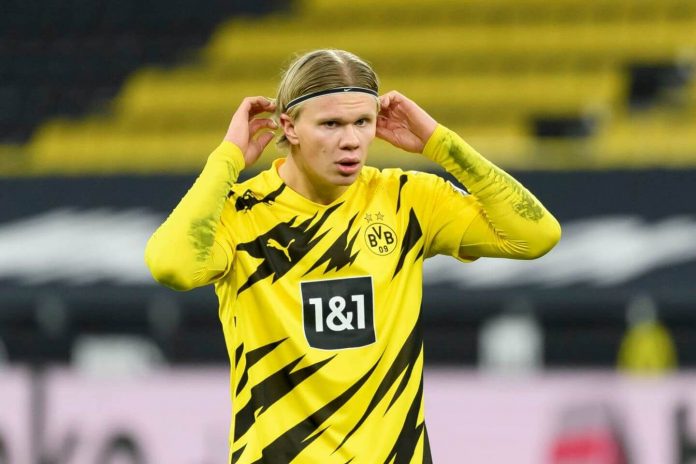 What did Raiola say?

On Real making a move for Haaland, Raiola said: “I don’t know if they can afford him, because I’ve (sic) haven’t studied their books.

“But I think they can. I think they all can. The question is different: Can Madrid afford not to buy Haaland? And Barca?

“I think that if a good opportunity comes up and everyone would be happy, we’ll put it on the table.”

When questioned about a clause in Haaland’s contract that would allow him to leave for a reduced fee next summer, Raiola remained discreet: “What’s more important than any clause is whether a player wants to leave or not. Ibra(himovic) doesn’t have a clause, Pogba neither. In Spain there are clauses of 400 million euros…”

Could Haaland leave Dortmund this summer?

Not according to Dortmund’s sporting director Michael Zorc. Speaking to ARD on Haaland’s future a few weeks ago, Zorc said: “I like to stick to what the contractual basis looks like and how the direct talks went last week.

“We have a very clear plan to go into the new season with Erling.”

Despite the intense speculation over his future, Haaland’s contract with Dortmund does not expire until June 2024.

Would Real be able to afford him?

Well, Real do not appear to be flushed with cash. Last summer, they spent no money and signed no one, while allowing high earners such as Gareth Bale and James Rodriguez to leave.

Club president Florentino Perez also said in December that the COVID-19 pandemic “was ruining us”.

They have been unable to attract any match-day revenue this season — leading to a €300 million drop in income — and have played the entire campaign at the Estadio Alfredo Di Stefano as the Bernabeu undergoes €600 million worth of renovation.

It has been thought, then, that Real’s poor financial situation is one of the key reasons as to why Perez was the driving force behind the Super League project.

Speaking to El Larguero nine days ago, Raiola claimed that “it’s impossible to make signings like Mbappe and Haaland, in general, not just for Real Madrid, without the Super League”.

How much would Haaland cost?

It’s been reported that Haaland’s contract with Dortmund contains a release clause of €75 million that activates in July 2022.

However, for a detailed analysis of just how much the 20-year-old prodigy could set a club back, Go Deeper with The Athletic below. 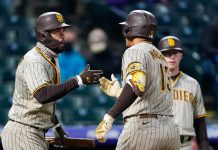 Padres put five players on COVID-19-related injured list and expect to play Wednesday, but should they?

Report: Washington to play Broncos on halloween in Week 8 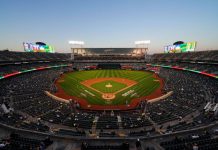 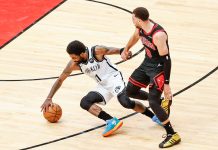 Nets’ Kyrie Irving ruled out vs. Bulls after elbow to face

[NBC Sports Washington] – Jonathan Allen on contract year with Washington: 'This is where I want to stay' 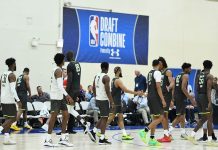