Congratulations, you’re in charge of education in England. Your first task is to decide how many children should get an A* in their exams next year. “As many as deserve them” is the obvious answer. But where do you draw the line? And, when that line is drawn, what if you suddenly find that almost every child receiving a top grade is from a private school?

This question is not trivial. The exams debacle last month, in which the government attempted to give students a set of grades via a statistical calculation, highlighted the instinctive unfairness of rationing grades. But, in truth, top grades are rationed every year.

The Labour government decided in 2009 it needed to do something about grade inflation. This was because it was politically tricky to keep up the increases, but also because universities were complaining they could no longer easily pick between candidates. Since then, the exams regulator, Ofqual, has worked with exam boards to ensure that around 8% of young people get the very top grades in their A-levels and GCSEs, while the mid-point pass rate (of a C or grade 5) is around 75% and 65% respectively.

The system has always been controversial, with Labour MPs regularly disavowing it as a cap on aspiration. What if more students suddenly became brighter? It would be unfair to deny them their rightful grade. The argument was that, largely, they didn’t. Just in case, however, a random selection of young people sat a national reference test each year as a quick check. If results were in line with previous years, then so were the grades.

This system is now smashed to smithereens. When the education secretary opted in August to let pupils in England keep grades submitted by their teachers, he doubled the number of pupils holding top grades and increased the numbers getting a C by about 10% on previous years. Many more students were suddenly eligible for top university places. Sixth forms have seen a swell of applicants for A-levels. And the year groups due to sit exams in 2021 are left asking: what will you do for us?

As I see it, the government has three choices: to ration grades at the old rate, ration at the new rate, or do something different altogether. If ministers are smart, they will take the third approach.

Back in March, when schools were given 48 hours to close, few had the technological infrastructure to flip straight into distance learning. In a survey of more than 8,000 teachers, just 14% of state school teachers said that while in lockdown they could continue with the same content and pace of learning. In private schools, that figure was 60%, and a further 30% only minimally changed their content. Most of their pupils barely missed a beat.

Let us be clear, this advantage isn’t because private schools have special organisational skills or because their teachers aren’t in unions (they are, actually). It’s because of money. Private schools can more easily assume their pupils have laptops and high-speed broadband and had the means to invest in digital packages. Meanwhile, in the state sector, the MP Jess Phillips told the Commons she was running around giving out Sim cards so parents could download worksheets on to a phone to allow their children a crack at some homework. Many of the laptops the government promised the most vulnerable pupils still hadn’t materialised by July.

Private school students are now likely to be much further ahead than state pupils, even more so than usual. Labour has asked for exams to start later to make up for lost time, but that is like asking for extra time in a football match when you’re already six goals down. Clawback chances are slim, and the scoreline could get worse. We also don’t yet know the effect of local lockdowns, but they are unlikely to be equitable.

So the question resurfaces: what would you do if you were in charge? Exam grades this year were seen as unfair because a computer created them. Next year they will be seen as unfair because they will have been affected by random conditions, created by the pandemic. But even if everything clears up for 2022, we have to be honest: an algorithm and the randomness of where you were born affects every young person’s grades every year. The problem is not the pandemic. It is that we have constructed a system where a set of tests, taken over a couple of weeks, are the gateway to many of life’s choices.

That system is now broken. Why try to put it back together?

Adults in England without A-levels to get free college course 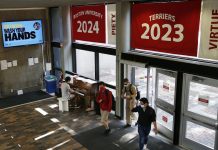 The Myth Of The Covid-19 Enrollment Crisis 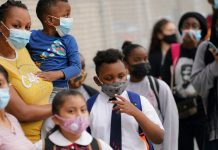 What Parents Need to Know About School Coronavirus Case Data 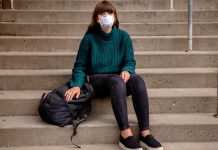 'Where is the money going?': students demand tuition fee refunds

Covid-19: what are UK students' rights over accommodation and courses? 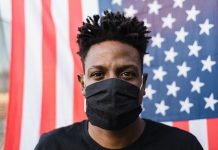 Have Public Universities Failed Their Communities On Covid-19 And Racism? 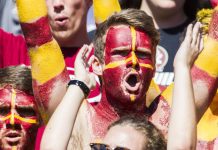 Party With More Than 1,000 People Near Florida State University Broken Up By Police Helicopter

Dilyn the dog could be key in virus fight | Brief letters

American classics among most ‘challenged’ books of the decade in US