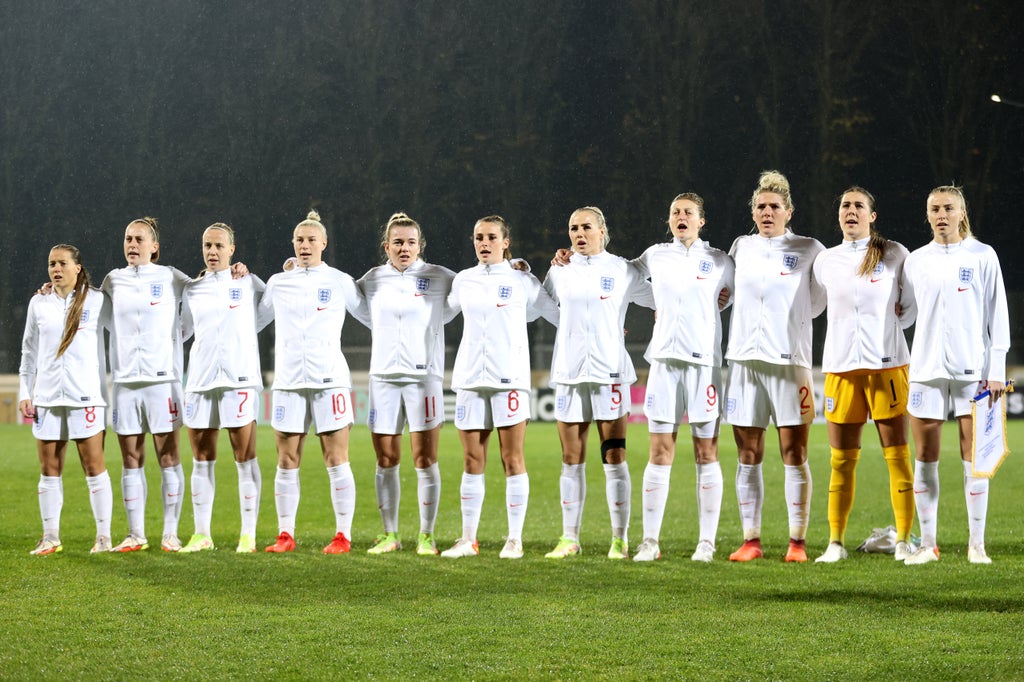 England will look to continue their perfect start to World Cup qualifying when they host Austria in Sunderland this afternoon.

Sarina Wiegman’s side have won all four of their matches in Group D so far, scoring 32 goals in the process, but Austria are set to be their toughest test yet.

Ellen White is set to win her 100th England cap and there could further history made as the striker closes in on Kelly Smith’s England goalscoring record.

White is two goals behind Smith’s record of 46 ahead of this week’s fixtures, with England also facing Latvia in Doncaster on Tuesday.

Here’s everything you need to know before the match today.

When is England vs Austria?

The match will kick off at 12:30pm GMT on Saturday 27 November at the Stadium of Light in Sunderland.

It will be shown live on ITV 1, with coverage starting from 11:45am. The match will also be streamed online live on the ITV Hub.

Jordan Nobbs has been recalled to Sarina Wiegman’s England squad but Leah Williamson has been ruled out of the games against Austria and Latvia due to a hamstring injury.

Lucy Staniforth also misses out, in what is the only other change from October’s squad, while Steph Houghton, Lucy Bronze and Ellie Roebuck remain side-lined with injuries.

In terms of tonight’s match, Ellen White is set to win her 100th England cap and could be joined in the forward line by Arsenal due Nikita Parris and Beth Mead.

Millie Bright has been named as captain while Kiera Walsh and Nobbs could come into the midfield, with Fran Kirby potentially playing further forward.

While Austria could be England’s toughest opponents in World Cup qualifying, the Lionesses should continue their 100 percent start to Group D. England 2-0 Austria