England humiliated by Hungary in worst home defeat in 94 years


What a mess. Gareth Southgate knew that he needed a win to restore a measure of calm after a deeply unconvincing start to this Nations League campaign, which had brought two points from the first three ties and one goal; none from open play. What the England manager got was a new and tortuous low – the heaviest defeat of his near six-year England tenure, the nation’s worst home loss since 1928 and a mutiny among the home crowd here at Molineux.

The fans had started to make for the exits when Roland Sallai scored his second goal of the evening to put Hungary 2-0 up, the boos ringing out, and it was at that point that everything fell apart for Southgate and his team.

Previously, England had lacked inspiration, coming to look more and more unnerved as the chuntering from the home support rose inexorably. Now Hungary put them to the sword, their substitutes rushing on to the pitch as two more goals went in. At full time, they would dance in front of the visiting enclosure, wreathed in smiles, barely able to believe it.

It felt almost surreal when Zsolt Nagy lashed home the third. “You don’t know what you’re doing,” bellowed the fans at Southgate, more of them leaving, hurling abuse as they did.

It was toxic and even worse was to follow. It had been a dreadful evening for John Stones, although he was hardly alone, and the nadir came when he was sent off for a harsh second yellow card. He did not know that the substitute Daniel Gazdag was behind him; the Hungary player simply ran into him.

Southgate responded by introducing Harry Maguire for Bukayo Saka, which prompted yet more boos. Poor Maguire. “You’re getting sacked in the morning,” came the cry from the stands for the manager.

The humiliation was complete when another substitute, Adam Nagy, played a straight pass, Maguire stood still and Kyle Walker chased back but he could not prevent Gazdag from clipping over Aaron Ramsdale.

Southgate was motionless in his technical area. At full time, he walked out on to the pitch and – bravely or foolishly – applauded the crowd. He had to know what would come back and he was not disappointed.

Southgate had seen nothing go right from start to finish – not his 4-3-3 system in the first half, nor the 3-5-2 after the interval. Too often his players were bullied in the one-on-ones, particularly by the big Hungary No 9, Adam Szalai, and, too often, their decision-making or end product was poor. Too often, moves ran into dead ends; the inspiration absent, the tempo ponderous.

The closest England came to a goal was when Harry Kane looped a header against the crossbar on 77 minutes. He chased down the rebound before crumpling to the ground under no challenge; a lamentable dive that summed things up.

England find themselves starring at relegation from this Nations League group, which would not only be damaging in terms of optics but also on a practical level, raising the possibility of a tougher Euro 2024 qualifying draw. The big, fat worry is what it all means for the World Cup, which kicks off on 21 November.

It will be a long summer of introspection for Southgate and, thereafter, he has only two more matches before the opening tie in Qatar – against Italy and Germany in the Nations League in late September. Things can unravel pretty quickly in football, particularly in volatile environments such as that which England inhabit. Southgate had promised last Friday not to overstay his welcome in the job. Those words hung heavy in the Wolverhampton air.

Remarkably, this was England’s fourth meeting of the season with Hungary, the previous one having come on the Saturday before last, a game that Adam Nagy had called “the debacle in Budapest.” He was judging it from an England point of view, Southgate’s team having been flat in the 1-0 loss. What of this?

England set the tone with the first concession. Adam Lang rose with Stones to meet a Dominik Szoboszlai free-kick and Kane miskicked his attempted clearance to leave the unmarked Sallai with the shooting chance. The forward’s first touch was true; he blasted the second past the exposed Ramsdale.

Jarrod Bowen had mistimed his jump on a header at 0-0 and the anxiety in the stands was tangible following the first goal, along with the sense of foreboding because Hungary are so tough to break down. When Stones dwelled in possession on 23 minutes, the home crowd howled. England were on egg shells.

It would have been 2-0 in the 27th minute but for an excellent goal-line clearance by Reece James. When England broke quickly, Bowen fluffed the final action. England consistently lacked conviction on the ball.

England were booed off at half-time. It is the rule. Their only other moment of note had been when Willi Orban headed a Saka cross towards his own goal to draw a save out of Denes Dibusz.

The cat calls would only grow in intensity, starting when Kalvin Phillips was robbed by the substitute Martin Adam who played in Sallai. The finish was low and lethal. England, though, had fresh depths to plumb. 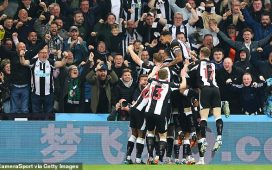 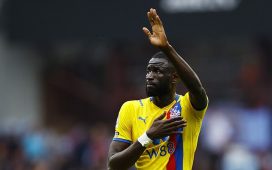 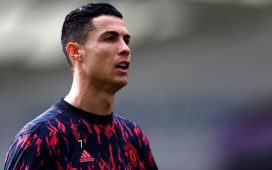 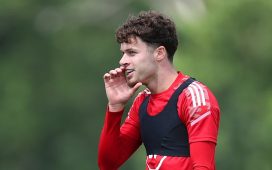 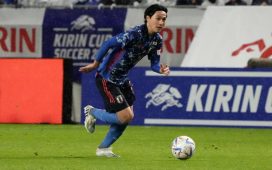 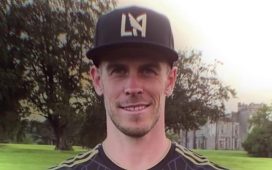