With help from Alex Guillén

— The heads of the top energy and environment agencies committed to remaining for the final weeks of the Trump administration, despite their condemnation of the deadly riots at the Capitol.

— The White House Office of Management and Budget has completed its review of the last major climate rollback of the Trump administration.

A message from the Arctic Refuge Defense Campaign:

President Trump is trying to sell the Arctic National Wildlife Refuge to Big Oil. It’s hard to imagine a riskier investment: Every major U.S. and Canadian bank has refused to fund drilling there. Seven in ten Americans oppose it. And on Day One, President Biden will take bold action to protect it as part of his climate plan. We know what a waste of money looks like. You do, too. Protect the Arctic Refuge! https://www.arcticrefugedefense.org/act/take-action

IT’S FRIDAY! I’m your host, Kelsey Tamborrino. Robert Powers of the Nuclear Energy Institute gets the trivia win for knowing former President John Quincy Adams, from Massachusetts, was the first to serve as a representative in the House. For today: What are the two most-represented Zodiac signs among the presidents? Send your tips and trivia answers to [email protected].

Check out the POLITICO Energy podcast — all the energy and environmental politics and policy news you need to start your day, in just five minutes. Listen and subscribe for free at politico.com/energy-podcast. On today’s episode: ANWR opens, but no one’s buying

STAYING PUT: EPA Administrator Andrew Wheeler won’t leave office early, despite being “completely disgusted” by the mob incited by President Donald Trump that rioted at the Capitol on Wednesday, Pro’s Alex Guillén reports. “My intention is to continue to honor the mission of the Agency, to protect public health and the environment, until January 20th in order to provide as smooth a transition for the Agency as possible,” Wheeler wrote in a message to agency staff on Thursday.

The message came the same day as a tweet from Energy Secretary Dan Brouillette, who said he will remain “fully focused over the next 13 days in my capacity as Secretary,” indicating he’s also staying put.

Brouillette condemned the violent attacks in a series of tweets, but he also said he was pleased that Trump said “he would support an orderly, peaceful transition of power,” as Pro’s Eric Wolff reports. “Politically-motivated violence, regardless of ideology or cause, must always be condemned in the strongest possible terms,” he said.

ME is also told that Interior Secretary David Bernhardt is not expected to resign. The secretary tweeted Wednesday that “violence and lawlessness at the U.S. Capitol cannot and will not be tolerated,” while separately thanking the U.S. Park Police on Thursday for fulfilling its duties “to safeguard lives and protect our symbols of democracy.”

“The Secretary serves at the pleasure of the President of the United States, and he has never presumed to work at Interior any day beyond the present,” spokesperson Nick Goodwin said in an emailed response to ME. Several members of the Trump administration have resigned in the wake of the violence, including Transportation Secretary Elaine Chao and Education Secretary Betsy DeVos.

— House Speaker Nancy Pelosi and Democratic leader Chuck Schumer called on Vice President Mike Pence and the Cabinet to invoke the 25th Amendment to immediately remove Trump from office, POLITICO’s Sarah Ferris, Melanie Zanona and Heather Caygle report. They said they called Pence Thursday to ask about invoking the 25th Amendment, but have not heard back. “If the vice president and the Cabinet do not act, the Congress may be prepared to move forward with impeachment,” Pelosi said earlier Thursday. Pence is reportedly opposed to invoking the 25th Amendment.

— In the face of growing calls for his removal, Trump on Thursday condemned the violence and lawlessness that overtook the Hill and promised an orderly transition to the next administration in a video statement. “Now Congress has certified the results. A new administration will be inaugurated on Jan. 20,” he said. “My focus now turns to ensuring a smooth, orderly and seamless transition of power. This moment calls for healing and reconciliation.”

If confirmed, Walsh would likely play a critical role in Biden’s climate plans, which hinge on including the labor movement in an aggressive push toward clean energy. Biden has directly tied his climate plan to creating “good-paying, union jobs.” United Association of Union Plumbers and Pipefitters General President Mark McManus hailed the pick on Thursday in a statement: “I have every confidence that, if confirmed, Secretary Walsh will work tirelessly to expand the rights of workers, grow good-paying union jobs, and ensure our members have a seat at the table.”

Flashback: ME spoke to Walsh in November, where he said a climate conversation was necessary across the Biden administration, as well as with labor organizations, contractors and developers and transportation experts. “We shouldn’t be afraid of having the conversation around climate,” he said. “These threats are real. It’s important to have this cross-departmental work, not just collaboration.” Under Walsh, Boston has set a target to be carbon neutral by 2050 and unveiled a plan for zero-emission vehicles.

AND AT COMMERCE: Biden has also selected Rhode Island Gov. Gina Raimondo to serve as secretary of Commerce, Tyler, Doug Palmer and Gavin Bade report. If confirmed by the Senate, Raimondo will preside over a diverse department, whose functions include forecasting the weather, managing ocean fisheries, and setting international product standards. As governor, Raimondo sought to meet 100 percent of the state’s electricity demand with renewable energy by 2030.

TRUMP’S LAST BIG CLIMATE ROLLBACK: OMB has finished its review of EPA’s rule easing carbon dioxide limits for future coal-fired power plants — the last major climate rollback of the Trump administration — with EPA expected to unveil the final version as soon as today. Pros will recall the 2018 proposal effectively erased the requirement that newly built coal plants use carbon capture and storage technology. EPA also admitted at the time that, despite making it easier to build new coal capacity, Trump officials still didn’t expect utilities to eschew gas and renewables in favor of the fuel that has seen its share of the sink sharply over the past decade. 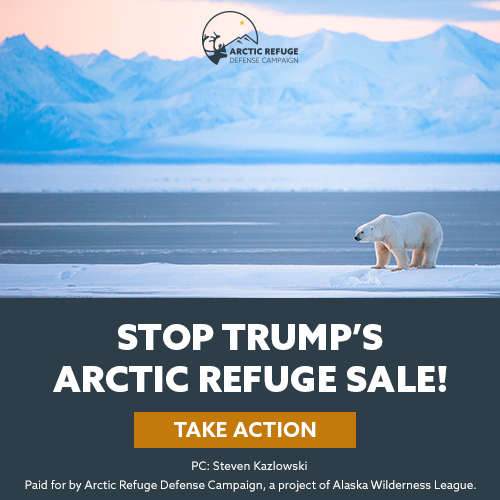 BREAKING DOWN BUDGET RECONCILIATION: Get ready to hear a lot about budget reconciliation over the next two years, Pro’s Caitlin Emma reports. With Democrats clinching the Senate majority after winning the Georgia runoffs, senior lawmakers are already vowing to deploy the procedural tool, which allows legislation to pass with a simple majority. Reconciliation can typically be used to speed passage for any legislation with a significant effect on the federal budget, and Democrats could use it to promote their priorities on economic stimulus, health care, climate change and other priorities.

“This, of course, gives us the opportunity to have a very different set of choices, and that’s what the election was all about in Georgia last night,” Sen. Ron Wyden (D-Ore.) said Wednesday when asked about the possible use of reconciliation. Wyden is now on the cusp of chairing the Finance Committee, which would make him the Senate’s top tax policy writer.

Democrats will have as many as have three opportunities during the 117th Congress to use reconciliation, Caitlin reports. That’s because Congress can unlock the special procedure in each budget resolution, and lawmakers never adopted a fiscal 2021 budget resolution and can still pass one for fiscal 2022 and fiscal 2023 on the horizon. Technically, Democrats could break each reconciliation attempt into three pieces of legislation — dealing with spending, revenues and the debt limit — making for a total of nine bills over two years. But it’s far from clear whether they would choose that route.

AUTO DEALERS SUE MINNESOTA OVER CLEAN CARS RULE: The Minnesota Automobile Dealers Association is suing the state in federal court in an effort to torpedo its ongoing rulemaking to adopt California’s clean car standards, which the state just proposed weeks ago. Minnesota is “hellbent on adopting California’s mandates, which will result in higher costs for consumers and fewer choices of product that consumers want to purchase,” MADA President Scott Lambert said in a statement. “It threatens the ability of many dealers to stay in business.” The suit argues that because the Trump administration has revoked California’s waiver under the Clean Air Act to impose more stringent standards, Minnesota is unable to adopt them.

CANADA CHALLENGES TRUMP SOLAR DUTIES UNDER USMCA: Canada pressed the U.S. to remove Trump’s “safeguard” tariffs on its solar products, arguing it violates the new U.S.-Mexico-Canada Agreement, Doug reports for Pros. “Canada has requested consultations with the United States on its continued tariffs on solar products, as first steps in the CUSMA dispute settlement process,” Canadian Trade Minister Mary Ng said in a statement on Thursday, referring to Canada’s acronym for the pact. “These tariffs are unwarranted and clearly violate the provisions and the spirit of CUSMA.”

Next step: Canada can request a USMCA dispute settlement panel if talks do not resolve the issue within the next 30 days. Either way, it is likely to be one of the first issues facing the new U.S. trade representative in the Biden administration.

— Securing America’s Future Energy, a think tank advocating for decreased reliance on oil, has hired former Sen. Byron Dorgan (D-N.D.) of Arent Fox to lobby on “battery technology and supply chains, critical and rare earth minerals mining, transportation fuel, tax credits and new transportation technologies” for the group, according to a disclosure. Dorgan, who at one time oversaw the Senate energy and water appropriations committee, overlapped with Biden for nearly two decades when both men were senators. (H/t Influence)

A message from the Arctic Refuge Defense Campaign:

The Arctic National Wildlife Refuge is one of our nation’s most majestic places. It is home to the Porcupine Caribou Herd, polar bears, musk oxen, wolves, and nearly 200 species of migratory birds. The Gwich’in people call the Arctic Refuge’s coastal plain “The Sacred Place Where Life Begins.” It is no place for oil and gas development. Exploiting the Arctic Refuge would trample Indigenous rights, put polar bears and other wildlife in danger, scar the land, and contribute to our climate emergency. Yet the lame duck Trump administration is barreling forward with plans for destructive oil and gas exploration and drilling. Any company willing to participate in this desperate last-minute sham will face a Biden administration that is making protection of the Arctic Refuge a top priority. Join us. https://www.arcticrefugedefense.org/act/take-action 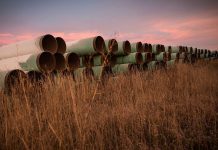 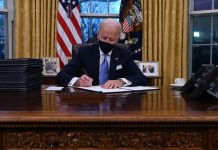 Biden recommits US to Paris climate accord 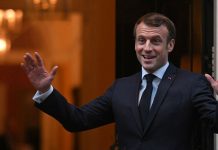 Macron to Biden and Harris: 'Welcome back to the Paris Agreement!' 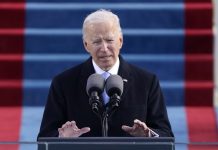 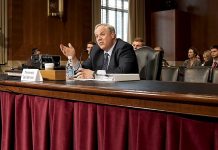 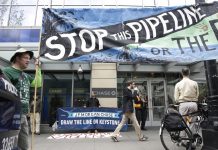 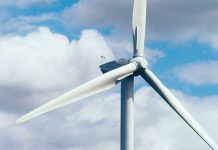 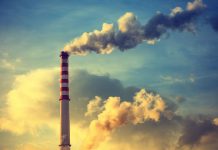 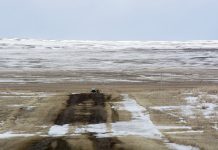