Variety's Awards Circuit is home to the official predictions for the upcoming Emmys ceremonies from film awards editor Clayton Davis. Following history, buzz, news, reviews and sources, the Emmy predictions are updated regularly with the current year's list of contenders in all categories. Variety's Awards Circuit Prediction schedule consists of four phases, running all year long: Draft, Pre-Season, Regular Season and Post Season. The eligibility calendar and dates of awards will determine how long each phase lasts and is subject to change.

AWARDS PREDICTION COMMENTARY: The beautiful and talented Tracee Ellis Ross continues to build her credits, taking on new and exciting roles, but the familiarity and nuance she brings to Rainbow Johnson in ABC’s “Black-ish,” now going into its final season next year, is long due for love. With four previous nominations, the family-comedy series has its best shot at major recognition and can pull in the most nominations in its eight years. If that happens, watch out for Ross to be a dark horse in this race, which would make her the second Black actress ever to win this category after Isabel Sandford for “The Jeffersons” in 1981. If nominated, her fifth nod will be the most by any Black woman in this category in history.

The legendary actress that is Jean Smart always makes television a bit more exciting, no matter what the show is. With nine prior nominations overall and two wins for guest actress in a comedy for “Frasier” in 2001 and supporting actress in a comedy for “Samantha Who?” in 2008, she is also fresh off a big loss for her work as Agent Laurie Blake in HBO’s “Watchmen” (losing to Uzo Aduba for “Mrs. America”). She might be the leading force that can take this category as “Hacks” dropped at the last minute.

Our lovable Penny Hofstadter from “The Big Bang Theory” went unnoticed by the Primetime Emmys during its 12-season run. Delivering her best performance yet in “The Flight Attendant,” which she also produces, Kaley Cuoco may have finally stepped into a vehicle that will bring her the recognition she’s due. It always helps that the show allows her to deliver high drama and emotional elements, which might give her a leg up in this competition.

Coming off an outstanding year that included her Tony-winning work in “Hamilton” dropping on Disney Plus, Renée Elise Goldsberry displays another side of her awesome abilities as an actress in Peacock’s breakout series. One of those actresses that have fought and clawed her way to this moment, the one-time soap opera star of “One Life to Live” (for which she received two Daytime Emmy nods), comes alive as the sassy and scene-stealing Wickie Roy. If you love the show, she’s likely one of the main reasons.

Academy Award nominee Hailee Steinfeld (“True Grit”) was a near miss last year for the first season, and Apple TV Plus may have their major eggs in the “Ted Lasso” basket, but this is a series that could surprisingly be stronger on the ballot this time around. Her work as writer Emily Dickinson has her exploring new territories, and it always helps to have the backing of a major streamer behind you.

The magic of Hulu’s “Pen15” has been one of those under-the-radar gems that people adore. The same goes for the incomparable Maya Erskine, who picked up a writing nomination two years ago. As the comedy competition seems thinner than usual, this allows those tardy TV Academy voters to catch up finally. While she might have some more well-known names ahead of her, she may be able to break through a la Pamela Adlon (“Better Things”).

The eligibility period ends on May 31 before nomination-round voting begins on June 17, concluding on June 28. The Primetime Emmy nominations will be announced on July 13, 2021.

For wins: Julia Louis-Dreyfus has won this award seven times, the most of any actress, six of which were consecutive for “Veep,” almost the entire run of the series. Candice Bergen and Mary Tyler Moore have won this prize five times over their careers. “Veep” and “Murphy Brown” have been the most nominated series for lead actress comedy.

For nominations: Julia Louis-Dreyfus is the most nominated actress with 12 with Mary Tyler Moore and Bea Arthur behind with 10 and nine.

“The Golden Girls” is the most nominated series with 15 nominations over its run, with “Cheers” behind it with nine. 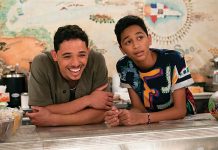 Next Time You Watch In The Heights, Pay Attention To These Cool Details

‘Luca’: All the Hidden Easter Eggs in Pixar’s Latest 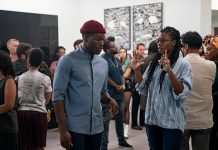 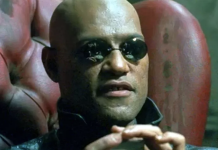 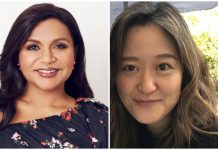 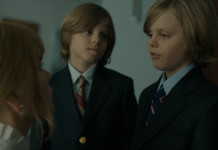 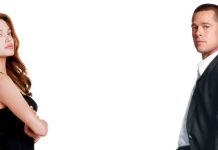 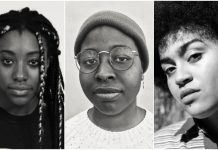 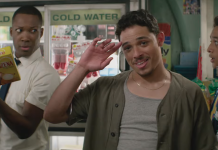 In The Heights: What Fans Are Saying About Lin-Manuel Miranda’s Movie Musical