In July this year, Britain’s Emma Raducanu was just another worried teenager awaiting her A-level results. Three months later, her purse is $2.5 million heavier, she was on two different American breakfast television shows on the same day and attended the Met Gala, rubbing shoulders with the who’s who of New York. Now, she has an A in Maths, but also a shiny US Open Grand Slam trophy.

After a summer when the English football team came agonisingly close to creating history at the European Championship, it was Raducanu’s explosive run at the US Open that galvanised the nation. “We are taking her HOME,” she tweeted after her victorious final match.

But Raducanu thought it was she who would be going home. She was playing the qualifying rounds at the US Open and had her flight tickets booked for home because she didn’t expect to last a week longer. From then on, Raducanu played 10 matches and the breakout run finally culminated in her lifting the title: making her the first qualifier — male or female — to win a Major in the Open Era.

The win has brought her a bevy of distinctions: she is the first British woman to win a Grand Slam title since Virginia Wade in 1977. At 18, she is the youngest champion since Maria Sharapova in 2004. But this was only Raducanu’s second Grand Slam main draw appearance. No woman in the Open era had ever won in such a few attempts.

Raducanu’s achievement needs to be seen in tandem with the experience she has — which is close to nothing. She has not won a WTA tour-level match yet. This means she was neither accustomed to the tour grind of the sport — managing schedules, training regimes and time zones — nor to playing and defeating seasoned pros. But at the US Open, she played 20 nearly flawless sets of tennis, consistently hacking through her competition, right from a player ranked 285 till the reigning Olympic gold medallist Belinda Bencic.

It was so flawless that none of her 10 opponents managed to even win a set against her. In fact, only once did she lose more than four games in a set.

Her US Open run mirrors her meteoric rise into prominence earlier in the year at Wimbledon. She entered the tournament as a wildcard and reached the fourth round.

She became a sudden sensation, thrust under the spotlight of the All England Club. But in her fourth round, trailing a set, Raducanu retired after having trouble in breathing. She later admitted that the occasion and pressure might have gotten to her.

Raducanu is a clean ball-striker and her game is a good mix of power and precision. Relentless and aggressive baseline hitting has been her go-to method to eke out errors from the opponent.

In the final against Leylah Fernandez, a formidable player who staged more upsets in the run-up to the title bid, she was able to quickly turn defence into attack, taking the ball early and redirecting it at will.

Every match Raducanu played seemed to unlock a new dimension of her game. “I’ve started sliding, which I didn’t know I could do until now,” she said a few days before the final.

She slid at the final, too, facing a breakpoint and needed a medical timeout. It was eerily similar to what happened at Wimbledon, but this time, in a clear indication of how much she has grown, Raducanu remained unfazed, returned and served out an ace to lift the championship.

Raducanu’s Twitter bio simply reads “london|toronto|shenyang|bucharest”. She was born in Toronto to a Chinese mother and Romanian father and the family moved to England when she was two. Her mixed heritage, coupled with her win, has sparked a debate on multiculturalism in the United Kingdom. It is being seen as a strong repudiation of the anti-immigrant wave that spurred the Brexit vote in 2016.

From Wimbledon to the US Open, Raducanu rose from 338 in ranking to 23. It remains to be seen how well she will deal with pressures of a different kind — from being one of the favourites at upcoming tournaments to navigating the immense commercial attention that being a teen star inevitably brings.

Poonacha and Zeel get top billing 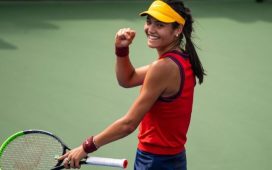 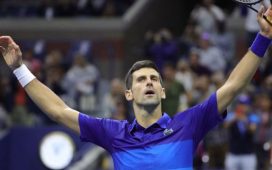 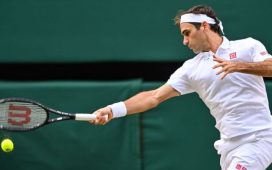 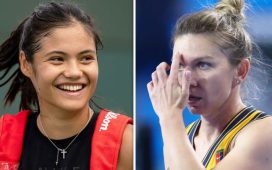 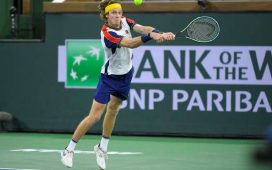