At Wimbledon two months ago, as Emma Radacanu was starting her dizzying ascent towards the higher echelons of women’s tennis, I asked one of her coaches at the LTA, Matt James, about the factors that had helped her talent emerge. Surprisingly, he didn’t begin with her exemplary attitude, intelligence, or work ethic – that came later – but something else entirely.

“From my perspective one of the best things with Emma is that she was exposed to a lot of sports from a young age, and didn’t go too specific into tennis straight away,” he replied. “I see that on court. When she’s learning a new skill, or trying something a little bit different, she has the ability and coordination to pick things up very quickly, even if it’s quite a big technical change.”

Those sports? A glorious hodgepodge of golf, ballet, horse riding, skiing, basketball, table tennis and even go-karting. “I was initially in ballet, then my dad hijacked me from ballet and threw me into every sport you could imagine,” Radacanu explained earlier this year.

“I was doing horse riding, swimming, tap dancing, basketball, skiing, golf and, from the age of five to eight, I was go-karting. I started my very short go-karting career in a bus garage in Streatham before going to a proper track. From the age of nine I started motocross in a forest somewhere for a year. This was all alongside tennis.”

Only in her early teens did she focus on tennis. Unknown to Raducanu, she was following the Roger Federer blueprint for success almost to the letter.

As a kid, the eight-time Wimbledon champion tried skiing, wrestling, swimming and skateboarding – as well as a multitude of ball sports, including football and basketball, and badminton using next door’s fence as a net. And only later did he focus more on tennis.

When did he do that? Just before his early teens.

It might surprise you, given we have been so conditioned to worship the cult of the early start – which involves specialising in one sport from an early age, sometimes with a backhand grooved at an expensive Florida tennis factory – but scientists increasingly believe that the Raducanu and Federer way is best. Sample lots of sports first. Specialise later.

It sounds counter-intuitive. We all know about the 10,000-hour rule, popularised by the author Malcolm Gladwell. He called it “the magic number of greatness” and it has become the justification for extensive deliberate practice at a young age. But while there are exceptions – including gymnastics and also chess, where developing early pattern recognition is essential – for most sports it is not the case.

Why might that be? Scientists have found that early specialisation and highly structured training can lead to lower motivation, burnout and potentially increased injury rates. But there is a more fundamental point, which David Epstein makes in his excellent book, Range. Acquiring skills in multiple sports, often via unstructured play, helps develop creativity and equips people better to handle fresh challenges later in their sporting life.

While Federer would have three lessons a week, he would spend hours playing around when he practised too. As his mother, who refused to play with him, once put it: “He would have just upset me. He was very playful. He tried out every strange stroke and certainly never returned a ball normally. That is simply no fun for a mother.”

Such an approach also didn’t lead to early dominance. When Federer played in his first tournament as an eight-year-old, he lost his first match 6-0, 6-0, albeit against a much bigger opponent. And one of his regular early opponents Dany Schnyder, the brother of the top player Patty, used to beat him all the time too.

“I was surprised to see Roger suddenly storm to the top,” Schynder later told Federer’s biographer, Rene Stauffer. “One noticed that he had good strokes at 11 or 12 but I never would have thought that he would become the No1 player in the world.”

Such tales are not uncommon. A 2014 study that compared 52 German top footballers, including 18 from the national team, with 50 who played in the fourth to sixth divisions found the better players had enjoyed “more non-organised leisure football in childhood, more engagement in other sports in adolescence” and – yes – also specialised only at a later age.

Another Danish study, which looked at the differences between 148 elite stars in multiple sports – including canoeing, cycling, rowing, sailing, skiing, swimming, track and field and triathlon – compared with 95 near-elite athletes in the same disciplines, found a similar story. Specialising early worked less well than sampling.

Meanwhile a British study which questioned over a thousand people who had played sport from recreational to national level, found a “significant association” between the number of sports participated in at the ages of 11, 13, and 15 and the standard of competition they reached between 16 and 18.

“Individuals who competed in three sports aged 11, 13, and 15 were significantly more likely to compete at a national level compared with club standard between the ages of 16 and 18 than those who practised only one sport,” they found.

Playing the sporting field certainly didn’t hurt Raducanu. As she explained to the Times in July: “My dad wanted to give me a diverse skill set … as I started winning in tennis, the tournaments would take up the weekend so these other activities couldn’t happen any more, and tennis took over.”

But by then, of course, she was already firmly on the path towards sporting success. 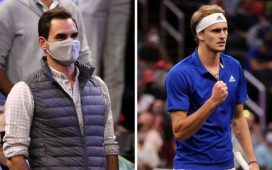 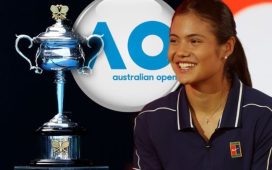 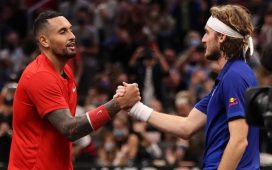 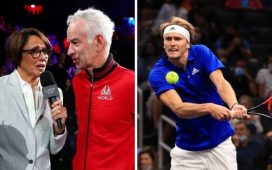 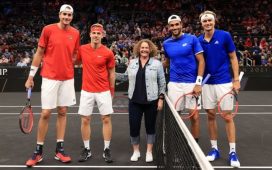 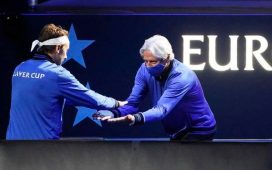