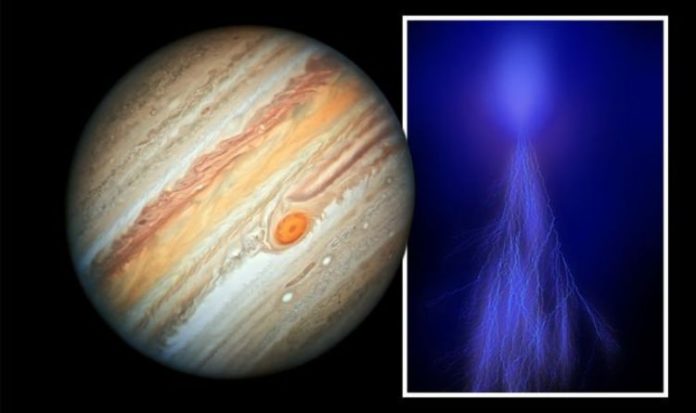 According to Dr Giles, both events have distinct colours that change with the composition of the planet’s atmosphere.

She said: “On Earth, sprites and elves appear reddish in colour due to their interaction with nitrogen in the upper atmosphere.

“But on Jupiter, the upper atmosphere mostly consists of hydrogen, so they would likely appear either blue or pink.”

NASA’s Juno has observed 11 large-scale events in a part of Jupiter’s atmosphere that is known for frequent thunderstorms.

The events occurred about 186 miles (300km) above where these storms form, which effectively ruled out them being “mega-bolts” of lightning. 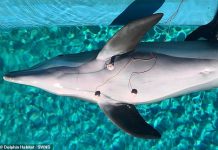 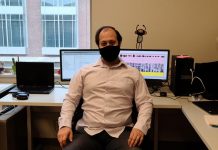 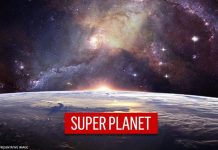 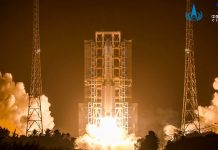 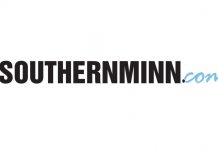 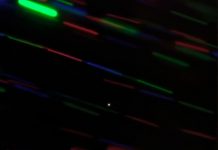 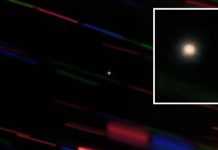 China launches Chang'e-5 mission to bring back rocks from moon 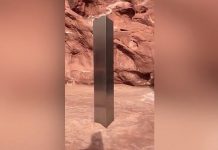