Elon Musk and the (ahem) future of civilization

Listen to the fourth episode of POLITICO Tech’s multi-part podcast series on cybercrime below, and find the whole series here.

Elon Musk has a hunch that his Twitter takeover is really important, but he’s having a hard time explaining it.

“I can’t exactly say why,” he told listeners in an online chat last weekend, “It’s just that my biological neural net said it is important to buy Twitter… that if Twitter were not bought and steered in a good direction, it would be a danger for the future of civilization.”

Sure, there’s a brand-building rationale for statements like this — Musk’s “future of civilization” sales pitch gives his other companies, like SpaceX and Tesla, a lot of their cachet. But with Twitter there’s a different kind of argument for why it matters, and one that political analysts outside the tech world have given more thought to.

Military analyst John Robb is one of them. Robb studies how technology shapes political coordination and the contours of war; he coined the term “open-source insurgency” to describe the conflicts that roiled Iraq during its U.S.-led occupation, and charted the evolution of similar insurgency dynamics in the online culture wars of the Trump era.

Lately, he’s been warning about a new danger he sees to global stability: that a “network swarm” of digitally connected Western institutions — wired together largely via Twitter — could escalate conflict with Russia in a way that is beyond the control of Western governments, essentially fostering a form of groupthink that develops at lightning speed and could lead to catastrophic mistakes.

In Robb’s view, the people who control platforms like Twitter have a responsibility to watch out for the wildfire potential of their platforms. It’s not clear that Musk is thinking along those lines, but I called Robb yesterday to discuss Musk’s takeover and what he should be doing if he were serious about saving civilization.

This interview was condensed for the newsletter; read a fuller version here.

What does Twitter have to do with the future of civilization?

Twitter develops a frame for information and events. The fight over that framing, whatever it’s resolved into, ends up as the dominant media frame. And what you see on Twitter would be ahead of what you see on all the nightly news broadcasts as well as in the major papers.

Great. What could possibly go wrong?

There were three great decision-making systems that we used socially to get things done—tribes, markets and bureaucracies. They took hundreds of years to kind of get into a shape that would not kill us, with all the rough edges smoothed out. But that takes time. We’re just in this initial phase of learning what to do with networks and network decision-making.

It can mobilize a lot faster. It can also be very effective at generating collective empathy. We process that differently through the online medium. It is much easier to trigger. We don’t have the kind of defense mechanisms we’ve built up in the offline world to prevent that from going overboard.

And these things aren’t led in a traditional sense. If a news organization started calling for extreme measures, it would be possible to stop that with a couple of phone calls. You can’t stop the network unless you stop the entire network.

Tell me about this concept of the “network swarm”?

The political response to January 6 created this one entity. As of early 2021, the corporations pretty much all were in alignment with this view that you should constrain public debate and minimize frames and ways of looking at information that could potentially be dangerous.

On January 6 there was a violent assault on the Capitol. What’s wrong with prioritizing safety?

As always happens in this kind of situation, the constraints get bigger and bigger and more widespread and cover many more topics. You end up with a very constrained network decision-making system that’s upstream of media and policy and politics.

It sounds like “the swarm” puts society more at risk of a slow decline. Why are you concerned about a sudden catastrophe?

It’s great at mobilizing and creating enough pressure to disconnect even the most powerful person in the world at the time, the sitting U.S. president. It took Russia’s invasion of Ukraine as a triggering moment and it accelerated and deepened that war, disconnected Russia and brought us up to the edge of nuclear war.

The network led everything. The measured responses that [Western governments] had in motion in terms of embargoing Russia were completely overtaken by the network forcing or cajoling or influencing corporations to do it. It was way ahead of what the Biden administration did.

A network doesn’t have a sense of mortality. It doesn’t mesh well with the traditional global security system, which was a nuclear peace. The network doesn’t attack with any sense of proportionality.

So, in some ways, are you more in agreement with those who want to disconnect people from these networks, and impose more limits on expression?

You’d only put broad limits on things when there’s a danger of spinning out of control.

What’s wrong with the way online expression and decision-making are managed now?

Right now we’re see-sawing between a monarchic approach with Musk, or we have a bunch of bureaucrats in trust and safety, working based on theories or ideologies that not everyone supports. I’d rather have it in the open.

What’s your advice for Musk?

Figure out what the circuit breaker is for extreme mobilization and work on digital rights. Make things formal and see if we can get other networks to buy in, to have it become a standard.

Ericsson helps the U.S. build 5G infrastructure. Ericsson is the leading provider of 5G equipment in the U.S. From our 5G smart factory in Texas, the first of its kind in the US, we supply equipment directly to leading nationwide and rural service providers. Learn more at ericsson.com/us.

What if the novelty of eerily human-seeming AI tools like ChatGPT, or Stable Diffusion, augurs something much more serious and destabilizing?

Samuel Hammond, director of social policy at the “liberaltarian” think tank the Niskanen Center, posed that question in a blog post this week — and answers it with a head-spinning warning for the future.

“Peter Thiel has a saying: ‘Crypto is libertarian, AI is communist,’” Hammond writes. “Nothing could be farther from the truth.” He argues that central bank digital currencies — money on the blockchain, backed by the state — could actually give the government more of a window into financial behavior. The power of AI, on the other hand, cuts both ways: a country like China can easily use it to consolidate power, but it’s also a decentralizing force. As Hammond writes: “Within a decade, ordinary people will have more capabilities than a CIA agent does today.”

He goes on to suggest that the seemingly unstoppable march of AI-powered tech is less a technological problem than a political one, as high-powered software gives individuals a level of power once reserved for the state. “We can fight AI fire with AI fire and adapt our practices along the way,” he writes. “But there are an awful lot of laws that will need changing… Whenever technology changes the power balance between society and the state, institutions must adapt to keep the two in harmony.”

Society, therefore, will face just as much of a revamp as it did during the Industrial Revolution. If Hammond is even half-right, then buckle up. — Derek Robertson 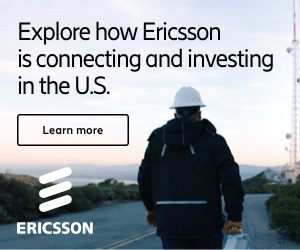 The screws are slowly tightening in Washington for Sam Bankman-Fried.

Just this afternoon the watchdog group Citizens for Responsibility and Ethics in Washington filed a complaint with the FEC that Bankman-Fried appears to have violated campaign finance law, after the crypto mogul revealed to YouTuber Tiffany Fong that he funneled “dark” money to Republicans during the 2022 election cycle. Why? In his words: “reporters freak the fuck out if you donate to Republicans.”

Ironically, Bankman-Fried’s loose talk since the FTX collapse might have earned him a round of compelled speech by subpoena. Senate Banking Chair Sherrod Brown (D-Ohio) and ranking committee member Sen. Pat Toomey (R-Penn.) said in a joint statement yesterday that the committee has asked for Sam Bankman-Fried’s testimony at a hearing on December 14, and in a letter Brown wrote that if he doesn’t reply by 5:00 p.m. today he is “prepared, along with Ranking Member Pat Toomey, to issue a subpoena to compel your testimony.”

POLITICO’s Sam Sutton reported last week on the possibility that Bankman-Fried might testify, with the prevailing advice from various crisis managers as a resounding “don’t”: Niki Christoff, a Washington-based strategic consultant formerly of Uber and Google, warned it would “create a sworn record for prosecutors to refer to when Sam is inevitably charged with fraud.” Now, it doesn’t look like he has much of a choice. — Derek Robertson

Ericsson. 5G Made for US.

5G will be a platform for a new economy, driven by cutting edge use cases that take advantage of 5G’s speed, low latency and reliability. Ericsson’s 120-year history in the U.S. and recent investments, like the 5G smart factory in Texas, make the company the right partner to build the open and secure networks that will be the backbone of the 5G economy.

CORRECTION: This newsletter initially specified the incorrect agency to which the Citizens for Responsibility and Ethics in Washington filed a complaint. 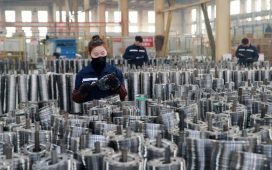 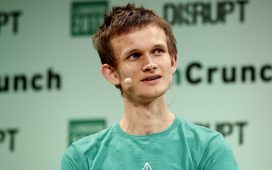 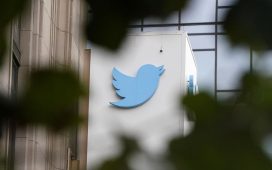 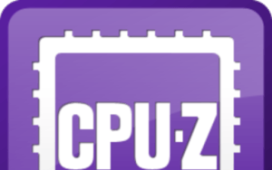 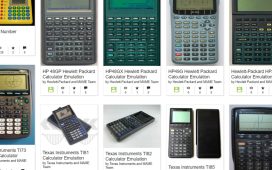 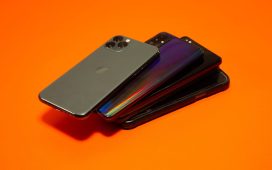