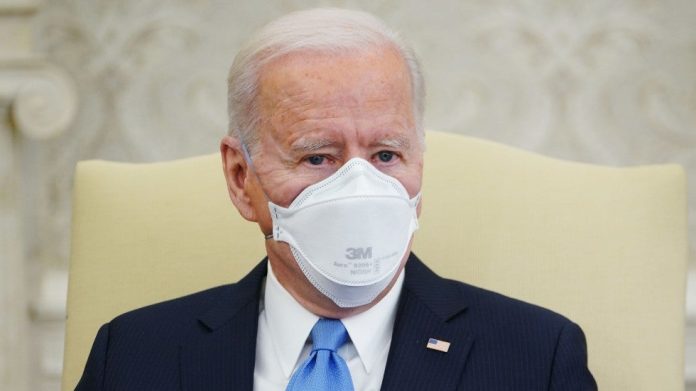 Both administration officials and congressional Democrats in recent weeks have signaled plans to expand the number of electric vehicles in the U.S., with automakers making pledges to expand their electric fleets.

The extent of the environmental benefits of that switch, however, depends in large part on ensuring the electricity comes from cleaner sources and will require infrastructure investments.

Biden has said he would make climate change a priority and set the country on a path toward carbon neutrality by 2050. To that end, he has rejoined the Paris climate agreement, and his administration is expected to lay out its emission reduction targets in the coming months.

On the campaign trail, Biden pledged to “accelerate” electric vehicle deployment through measures like supporting the deployment of 500,000 charging outlets by 2030. He also said he’d set a goal that all buses built in the U.S. emit zero emissions by 2030, with hopes of converting school bus fleets nationwide to zero-emission vehicles.

Biden has recently pledged to replace vehicles owned by the federal government with electric ones. Meanwhile, lawmakers have introduced legislation that would raise the cap on an electric vehicle tax credit.

A group of 13 senators wrote to Biden last week with recommendations on how the administration could increasingly electrify the federal fleet. The suggestions ranged from having the Postal Service issue a stop order on its vehicle acquisition process and instead focus on buying electric vehicles to having the federal government factor in the total operating costs, not just the initial price tag, when making purchases.

Some automakers are further expanding into the electric vehicle market. General Motors pledged it will shift to producing an all-electric light-duty fleet by 2035, and Ford recently said it would double its investment in electric vehicles over the next several years.

Bob Perciasepe, president of the Center for Climate and Energy Solutions, said GM’s pledge puts the automaker in line with Biden’s push to decarbonize by 2050.

“2035 is not a random date,” said Perciasepe, who was deputy administrator of the Environmental Protection Agency during the Obama administration.

Jessika Trancik, a professor at MIT who focuses on energy systems, said her research shows that, overall, people save more than 30 percent in emissions by switching to electric cars, depending on what they’re already driving and where they live.

Trancik said the reduction stems from the current energy mix of the electric sector, which averages out to be less carbon-intensive than gasoline, and because it is more efficient to produce power with an electric vehicle motor than to produce it using a car’s internal combustion engine.

“One can see an immediate reduction in greenhouse gas emissions, even with today’s power grid and today’s power supply. It’s a really important step to electrify as many vehicles as possible, and quickly,” she said, emphasizing that this should also be done in an equitable manner.

But despite apparent enthusiasm for electric vehicles at the federal level, they are still comparatively very few on U.S. roads.

As of 2019, plug-in vehicles, including fully electric vehicles and hybrids, which have both an internal combustion engine and a battery-powered motor, made up almost 2 percent of cars that were sold in the U.S.

And a new working paper found that in California, residents were charging their electric vehicles at less than half the rate anticipated by state officials and that the vehicles were being used to drive on average less than half as far as gas-powered vehicles.

“This suggests that it just might be more costly to convert to fully electric than we had anticipated,” said Fiona Burlig, one of the study’s authors.

More infrastructure spending is also needed to support widespread use of electric vehicles, including the deployment of more charging stations.

Trancik said the number of charging stations don’t just need to be increased, they also need to be placed in key locations like street parking, places of work, along highways and at stops on rural roads.

Even with all those hurdles, experts and advocates argue that increasing the number of electric vehicles on the road will go a long way toward U.S. efforts to meet its emissions reduction goals.

Perciasepe said the switch to electric vehicles will be “essential” in reaching carbon neutrality by 2050.

“Replacing the internal combustion engine with an electric motor in transportation is a central, can’t-do-it-without-it piece,” he said.