Dane County and UW need a united front against the coronavirus

The governor and Legislature squabbling over how to respond to the coronavirus pandemic is nothing new or surprising. We’ve suffered through that show for months.

But when local officials and UW-Madison start blaming each other for a rise in COVID-19 cases, our community is really in trouble.

“They created this problem in the community, and now they’re turning to us and saying, ‘Fix it,’” he told the State Journal.

Easy, guys. Instead of pointing fingers, let’s acknowledge that the novel coronavirus has been hard to control, and no one is really sure where the pandemic is heading. We hope a reliable vaccine will emerge soon.

Until then, trying to work together to promote public health with a unified front should be the goal.

Parisi and other local officials wanted UW-Madison to offer online classes only. Instead, UW went with some limited in-person classes, and it opened dorms.

That decision hasn’t worked well, given a surge in COVID-19 cases in Dane County. The increase has been fueled largely by young adults. UW has had to quarantine some frat and sorority houses as well as dorms because of outbreaks.

Yet many students would have come back to Madison – or never left – even if all classes were entirely online. That’s what happened at Michigan State, which asked students who live in dorms to stay home. Many returned to East Lansing, renting off-campus apartments. Within a couple weeks, an outbreak occurred.

Limited classes with students spaced apart aren’t really the issue. The problem is bars and house parties, where alcohol reduces the distance between people while increasing the volume at which they talk without masks. That can fuel greater spread of the virus because it travels through the air on respiratory droplets.

Chancellor Blank stresses that UW doesn’t have the authority to shut down large gatherings of students off-campus. Parisi counters that the county doesn’t have the money to “create a party patrol” to crack down on irresponsible behavior. Parisi called for dorm residents to go home, but that would risk spreading more of the disease across the state.

We get that each institution’s role is different, with competing interests. UW wants to keep students learning and experiencing campus life. Dane County wants to keep cases down so businesses and schools can fully reopen.

Nobody has an easy answer on how to move forward because the virus isn’t fully understood. But this much is clear: University and local officials need to work as partners to slow the spread as best they can.

Stop fighting. Sit down and talk. Then act together.

A burden Hoosier voters must bear

Regarding last month’s ruling requiring Indiana to count absentee ballots postmarked by Nov. 3 and received by 10 days after Election Day – you know, the one rejecting the state’s noon Election Day deadline to receive those ballots …

The one that acknowledged how the earlier deadline, in the midst of a public health crisis, creates an additional burden for voters …

Last week, the U.S. Court of Appeals for the 7th Circuit summarily reversed the ruling. The appellate court wrote that while the COVID-19 pandemic has “caused great loss,” it is “not a good reason for the federal judiciary to assume tasks that belong to politically responsible officials.”

The court pointed to the month-long option to vote in person, noting that if people were worried their ballot wouldn’t make it in time, they have plenty of options before Election Day.

Which also means that in an election year like no other in memory, Indiana is making it more difficult, not easier, for voters to exercise their constitutional right.

Indiana Attorney General Curtis Hill applauded the decision. He had argued that changes to Indiana’s election system this close to Election Day would do more harm than good. “The U.S. Supreme Court has said repeatedly that courts should not issue election-related injunctions at the eleventh hour, and we are pleased that the court of appeals has implemented that directive.”

But this is no ordinary time, which voting rights advocates in the state had argued in asking a federal judge to issue an injunction ordering state election officials to accept absentee ballots that are postmarked by Election Day and received up to 10 days later. The lawsuit filed by Common Cause Indiana and the state chapter of the NAACP noted that the early receipt deadline “is unjustified in any election, but it is particularly burdensome and unjustified in this election year, when mail delivery is unreliable and the risk of infection from COVID-19 makes voting by mail the only safe option for many voters.”

In a Sept. 29 ruling Judge Sarah Evans Barker wrote that “The burden imposed by Indiana’s noon Election Day receipt deadline, which threatens to disenfranchise thousands of eligible absentee voters for reasons that, because of the COVID-19 pandemic, are outside their control, is very substantial.”

Unfortunately, thanks to the appellate court ruling, it’s a burden that Indiana residents will have to bear.

Motorists who routinely drive back and forth on “the grade” between West Terre Haute and Terre Haute have encountered a lane closure on that 1.17-mile section of U.S. 150.

It is good news – not the lane closure itself, but the reason behind it.

A project envisioned for years is under construction, and it represents a collective effort by multiple public and nonprofit entities. Such collaboration has become a rarity at many levels of government in the us-versus-them 21st century.

By contrast, the work of many is leading to a safer path for pedestrians and bicycle riders to get from West Terre Haute to Terre Haute, and vice versa.

Construction began last month and continues on a multi-use walkway adjacent to the south edge of the U.S. 150 highway. A boardwalk of precast concrete boards will rest upon nearly 300 pilings pounded 40 feet into the ground. The 11-foot, 3-inch wide path will allow walkers, runners and cyclists to safely traverse the wetlands of the Wabashiki Fish and Wildlife Area.

The U.S. and Indiana governments are funding $7.09 million of the project, while Vigo County covers the remaining 20%, or $1.74 million. The walkway has been an objective for the West Central Indiana Economic Development District for the past decade, and a priority for the Wabash Valley Riverscape organization. The Vigo County commissioners and council, state Sen. Jon Ford of Terre Haute, the Sisters of Providence and many others contributed to the momentum.

“It is a project where there has been many, many entities within the county that have tried and tried this,” said Commissioner Judy Anderson in 2018, when the funding deal was reached.

Now it is happening.

Fifty of the nearly 300 pilings have been driven into the ground, already, to support the walkway, Debbie Calder, Indiana Department of Transportation communications director, said Tuesday. Riprap, a loose-stone reinforcement, is being set in place to stabilize the slope between the highway, walkway and the wetlands. Crews started on the west end of the grade and are working eastward.

INDOT hopes to install portions of the walkway itself so work on the composite decking can continue through the winter, Calder said. Also, INDOT aims to place as many pilings as possible by Dec. 1, when the barrier wall and lane closures will be removed on U.S. 150 until spring. Temporary daytime lane restrictions could occur during winter to complete various tasks, Calder added.

Pile driving and full construction will resume in spring, along with the lane restrictions. The walkway is scheduled to be completed by mid-October of 2021.

Its impact will be broad. People who walk or bike between West Terre Haute and Terre Haute to reach a job or complete routine needs will no longer have to make the risky trek along that section of the highway, which has no shoulder. They currently must walk or bike in vehicular traffic lanes. The new path also will remove an obstacle to extensions of the National Road Heritage Trail from Terre Haute to Wabashiki, West Terre Haute, the Saint Mary-of-the-Woods College campus, and trails in adjacent counties and Illinois.

Commuting will be safer. Recreational opportunities will be enhanced. Tourism by bicyclists, runners, hikers, bird-watchers, hunters and anglers could increase. The Vigo County community benefits.

In this difficult year, the walkway represents hope for better days and more opportunities in the coming year. 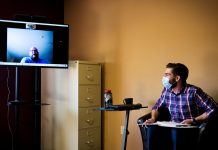 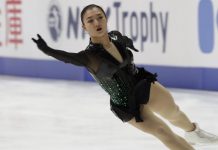 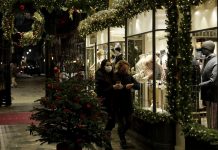 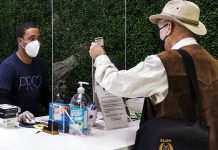 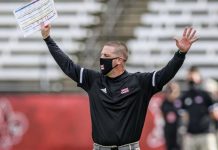 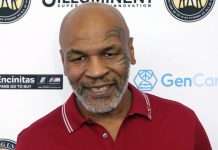 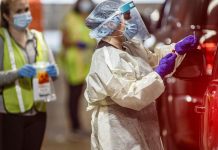 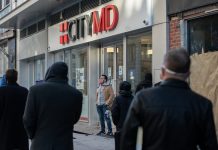