The irrepressible Dylan Alcott knows the end of his glittering career may be just around the corner but Australia’s wheelchair tennis great believes he can still attain new heights after winning his seventh Australian Open quad singles title.

World No 1 Alcott celebrated his 6-1, 6-0 victory over Dutchman Sam Schroder in Wednesday’s final with his first alcoholic drink since Christmas Day, leaving the showman in familiarly exuberant mood.

Asked about his next big aim, the 30-year-old said he was desperate for gold at the rescheduled Paralympic Games in Tokyo this year.

“Well, I call the Olympic Games the crappy warm ups for the Paralympic Games, right?” Alcott said. “Once every four years people with disability are the stars.

“People say, ‘why not have the Paralympics and Olympics combined?’ I’m like, ‘When Usain Bolt was running, I fully appreciate everyone will watch him and not me. But guess what? When I’m on, we’re the stars, right?’

“That’s why I love the Paralympics. For two weeks, it’s the big show.”

For a crowd pleaser like Alcott, having no fans to watch him reel off 12 games in a row against Schroder after dropping the opening game of the match was frustrating. So his mind drifted to being back in Melbourne 12 months hence to win number eight in front of a packed house.

“No crowds, bit of a weird day. I was like, I think I have to do one more AO. But I might hit that last ball at the Paralympics and be like, ‘I’m done’,” he said. “It’s a cliche but you know when you know. I know I’m getting close.

“It’s not because I’ve lost the passion to play tennis but I do TV, radio, I’ve got my foundation, couple of companies. I do so many things, right? There’s only so long you can spin all the plates for.

“I want to do some acting, I want to write a script. I want to do all kinds of stuff and it’s hard to do it all at once.”

For the moment, though, there is no sign of anyone dethroning the man from Melbourne. Although Alcott protests he is not putting pressure on himself to achieve the calendar grand slam in 2021, you can put nothing past him.

“I’ve still got the passion to play tennis,” he said. “We’ll see what happens. You know, one John Farnham style, ‘this is my last day-o,’ might be cool. And then come back and back … No, I’m just kidding.” 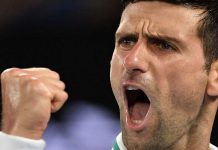 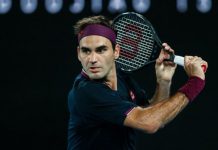 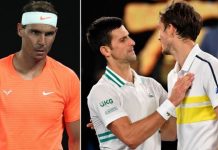 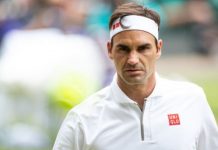 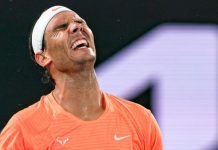 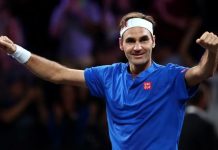 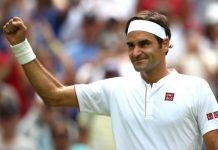 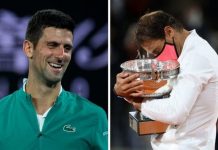