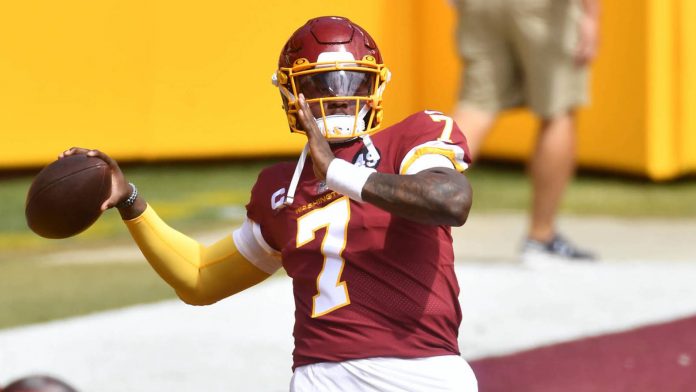 Dwayne Haskins lasted less than two seasons in Washington after the team selected him with the No. 15 overall pick in the 2019 draft, but the Pittsburgh Steelers are giving him a second chance.

Haskins visited with the Steelers on Thursday and is signing a one-year deal with them, according to multiple reports.

Ben Roethlisberger is expected to return in 2021, so the Steelers are bringing Haskins on as a backup who obviously has tremendous potential. The Carolina Panthers also expressed interest before Haskins signed with Pittsburgh.

Haskins was waived by Washington after being benched for poor play multiple times. The former Ohio State star was also fined by the team twice for violating COVID-19 protocols and stripped of his captaincy for one of his off-field blunders.

Though he is 23 and has undeniable talent, it sounds like Haskins had some serious work ethic issues during his brief time in Washington. He would have to prove that he has learned from his mistakes. If Haskins can do that, there’s certainly plenty of time to revive his career.