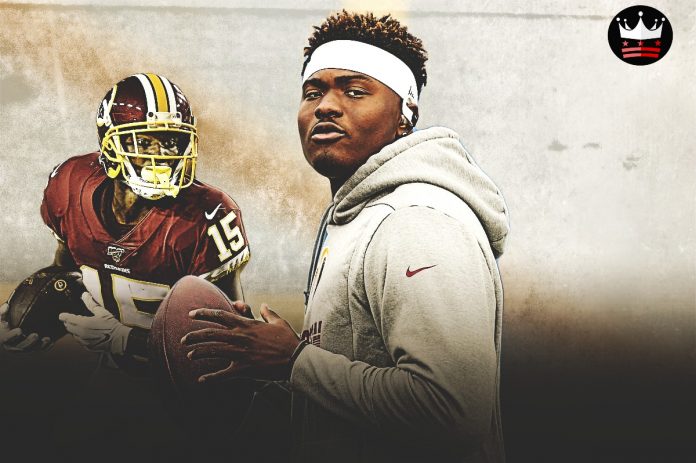 NFL players have been prohibited from team facilities during the coronavirus pandemic. While OTAs went virtual and mini-camps momentarily put on hold, players have been forced away from their seasonal workout havens. That has not stopped Washington Redskins quarterback Dwayne Haskins.

Entering his second year as a pro, Haskins is looking to dispel the negative narrative that has stuck to him following an unimpressive rookie season. He has done so with what appears to be a relentless workout regimen.

Haskins has worked out with teammates — Steven Sims Jr., Kelvin Harmon, Terry McLaurin and Derrius Guice to name a few. He was also spotted working with Antonio Brown, Stefon Diggs and Chad Johnson.

Friday, video surfaced of the QB in amazing shape, throwing a dart to Sims off a go-route.

Haskins has shed body fat, chiseling his body in preparation for the next season. He looks the part from a physical standpoint.

Meanwhile, new offensive coordinator Scott Turner has been impressed thus far on his progress with the new system virtually.

Players are not allowed to have physical contact with coaches. Yet, Dwayne Haskins and his receivers have taken the initial to build on their chemistry. The constant sightings of the quartet working together should excite Redskins fans.

[The Spun] – 1 Name Is Gaining Momentum To Replace The Redskins 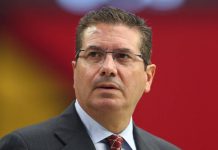 Watch: What is the state of the Washington football team in 2020?