A decision by a leading Dutch university to refuse all further Chinese funding for a controversial study centre has sparked fresh concern about Beijing’s apparent attempts to influence debate at European educational institutions.

Amsterdam’s Vrije Universiteit (VU), the fourth largest university in the Netherlands, has said it will accept no further money from the Southwest University of Political Science and Law in Chongqing and repay sums it recently received.

The announcement came after an investigation by the Dutch public broadcaster NOS last week revealed VU’s Cross Cultural Human Rights Center (CCHRC) had received between €250,000 (£210,000) and €300,000 annually from Southwest over the past few years.

According to NOS, the CCHRC used Southwest’s money to fund a regular newsletter, organise seminars and maintain its website – which has published several posts rejecting western criticism of China’s human rights policy.

In October 2020, for example, the site noted that academics associated with the CCHRC had recently visited four cities in Xinjiang province and concluded there was “definitely no discrimination of Uyghurs or other minorities in the region”.

NOS cited Tom Zwart, a Leiden University human rights professor and president of the CCHRC, as telling Chinese state TV that human rights in China “must be seen in the context of domestic circumstances, and cannot copy the west”.

Another associate of the centre, Peter Peverelli, has also described reports of forced labour camps for Uyghurs as “rumours” and said it is fashionable to criticise China.

“Xinjiang is just lovely,” Peverelli said, according to the public broadcaster. “Lovely people, breathtaking nature, great food. And no forced labour, no genocide, or whatever other lies the western media might come up with.”

The centre, which counts among its affiliates academics from institutions in the Netherlands, China and other countries, describes itself as an independent research institute aimed at encouraging open cross-cultural debate about human rights concepts and issues.

VU said in a statement that “even the appearance of research not being independent is unacceptable”. The university would accept no further funding from China, return last year’s money and launch a full inquiry, the statement said.

Zwart told NOS the website was a forum for academic free speech and posts did not necessarily reflect CCHRC’s research findings. The fact that some views on the site aligned with Chinese government positions did not indicate formal support, he said.

The Dutch education minister, Robbert Dijkgraaf, said he was “very shocked” by the revelations, adding: “Academic freedom, integrity and independence must be guaranteed and it is important that Dutch institutions remain alert to possible risks of undesired influence by other countries and take adequate measures.”

The incident follows multiple other examples of China’s efforts to exercise soft power through European academic institutions, which in November prompted Germany’s then education minister to demand universities review all their links with China.

Anja Karliczek said Chinese influence over universities was “unacceptable” amid accusations that about 200 state-funded Confucius institutes at academic institutions in Europe were merely “spreading propaganda for the Chinese Communist party”.

Despite fears of “elite capture” and even a threat to national security, Hungary in May announced plans to open a branch of China’s prestigious Shanghai-based Fudan University in Budapest, saying it would raise higher education standards and bring Chinese investment and research to the country.

Britain’s former higher education minister, Jo Johnson, said in March last year that the risks involved in Beijing’s investment in the UK’s universities was “​​poorly understood” after a study identified “a significant increase in funding from China and collaboration with Chinese researchers over the past two decades”.

“The UK needs to do a better job of measuring, managing and mitigating risks that are at present poorly understood and monitored,” Johnson said. Failure to do so risks real damage to our knowledge economy.”

The report found a significant increase over the past 20 years in Chinese funding for university research including in such sensitive areas as automation, materials science and telecommunications, as well as in disciplines where collaboration “may threaten freedom of speech”. 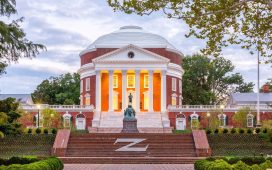 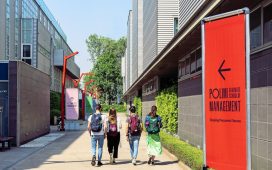 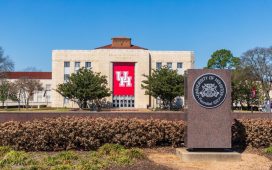 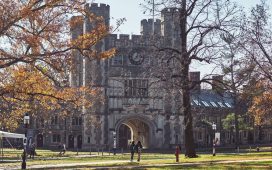 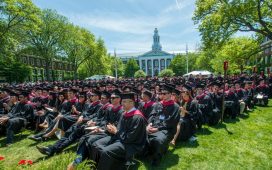 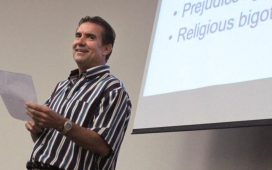