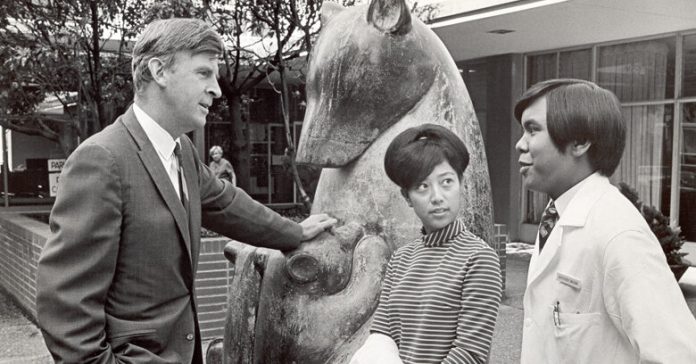 Dr. Philip R. Lee, who as a leading federal health official and fighter for social justice under President Lyndon B. Johnson wielded government Medicare money as a cudgel to desegregate the nation’s hospitals in the 1960s, died on Oct. 27 in a hospital in Manhattan. He was 96.

The cause was heart arrhythmia, his wife, Dr. Roz Lasker, said.

From his office at the Department of Health, Education and Welfare, as the assistant secretary for health and scientific affairs from 1965 to 1969, Dr. Lee engineered the introduction of Medicare, which was established for older Americans in 1965, one year after Johnson had bulldozed his landmark civil-rights bill through Congress.

“To Phil, Medicare wasn’t just a ‘big law’ expanding coverage; it was a vehicle to address racial and economic injustice,” his nephew Peter Lee, the executive director of Covered California, which runs the state’s health care marketplace under the Affordable Care Act, was quoted as saying in a tribute by the University of California, San Francisco. Dr. Lee was the university’s chancellor from 1969 to 1972, after leaving the Johnson administration.

Dr. Lee’s use of Medicare funding to desegregate hospitals “changed the economic lives of millions of seniors,” Mr. Lee added.

Provisions in the Medicare legislation subjected 7,000 hospitals nationwide to rules barring discrimination against patients on the basis of race, creed or national origin. The law required equal treatment across the board — from medical and nursing care to bed assignments and cafeteria and restroom privileges — and barred discrimination in hiring, training or promotion.

Before the law took effect in 1966, fewer than half the hospitals in the country met the desegregation standard and less than 25 percent did in the South.

“I remember during one of my visits,” Dr. Lee told the journal of the American Society on Aging in 2015, “a cardiologist at Georgia Baptist Hospital told me, ‘Well, you know, Dr. Lee, if I put a nigger in with one of my white patients, it would kill the patient. My patient would die of a heart attack.’”

By February 1967, a year or less after many of the law’s provisions had taken effect, 95 percent of hospitals were compliant, Dr. Lee said.

“He was largely responsible for that effort,” said Professor David Barton Smith of Drexel University and author of “The Power to Heal: Civil Rights, Medicare and the Struggle to Transform America’s Health System” (2016).

As early as 1961, he was a consultant on aging to the Santa Clara Department of Welfare in California, and as a member of the American Medical Association and a Republican at the time, he defied both the A.M.A. and his party in testifying before Congress on behalf of a precursor to Medicare that would have helped pay for hospital and nursing home care through Social Security for patients over 65.

Dr. Lee was branded a socialist and a Communist (no matter that he had served as a doctor in the Korean War).

In 1987, after leading the University of California, San Francisco, and heading health policy and research programs there as a professor of social medicine, he further riled fellow physicians when, as chairman of Congressional commission, he recommended a standardized national limit on how much doctors enrolled in the Medicare program, with a vast pool of patients available to them, could charge above a fixed schedule.

He was called back to Washington in 1993, again to be an assistant secretary, this time of the renamed Department of Health and Human Services under the Clinton administration. Serving until 1997, he advised the White House on its ultimately failed effort on health care reform.

In 2015 he endorsed the Obama administration’s Affordable Care Act and suggested that the country could go even further in guaranteeing universal health care.

“In 1967, President Johnson said we would continue to work until equality of treatment is the rule,” Dr. Lee wrote in Generations: Journal of the American Society on Aging. “By making Medicare an option for all Americans, the kind of care I receive could be available to everyone.”

Philip Randolph Lee was born in San Francisco on April 17, 1924, to Dr. Russell Van Arsdale Lee, who had lobbied for national health insurance as a member of a commission appointed by President Harry S. Truman, and Dorothy (Womack) Lee, an amateur musician.

His interest in medicine, he told Stanford Medicine Magazine in 2004, “began with house calls with my dad from the age of 6 or 7.”

He earned his bachelor’s and medical degrees at Stanford University in 1945 and 1948. As a member of the Naval Reserve, he was on active duty as a doctor at the end of World War II and again from 1949 to 1951, during the Inchon invasion in Korea. He received a master of science degree from the University of Minnesota in 1955 and had fellowships at the Rusk Institute of Rehabilitation Medicine in New York and the Mayo Clinic.

“Phil moved from clinical medicine to health policy and then devoted his life to addressing issues at the nexus of civil rights, social justice and health,” Dr. Lasker, his wife, said in an email.

His prominent role in shaping Medicare and other federal health policies was preceded by a stint, 1963-65, as director of health for the Agency for International Development. As chancellor of the University of California, San Francisco, he was credited with increasing racial diversity among its staff, faculty and student body.

In 2007, the university named its Institute for Health Policy Studies, which he founded in 1972, in his honor.

He was also lauded for his aggressive role in confronting the AIDS epidemic as the president of the newly-formed Health Commission of the City and County of San Francisco from 1985 to 1989.

The author of a half-dozen books, Dr. Lee was an early critic of the pharmaceutical industry in “Pills, Profits and Politics” (1974, with Milton Silverman).

Dr. Lee’s first two marriages, to Catherine Lockridge and Carroll Estes, ended in divorce. In addition to his wife, he is survived by five children from his first marriage, Dorothy, Paul, Margaret, Theodore Lee and Amy Lee Pinneo; a stepdaughter, Duskie Estes, from his second marriage; five grandchildren; two step-grandchildren; and two great-grandchildren. 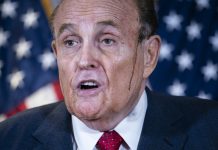 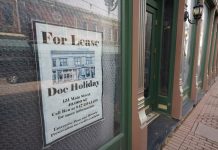 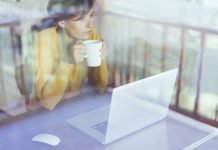 How Latinos in the U.S. can reinvent their careers post Covid-19 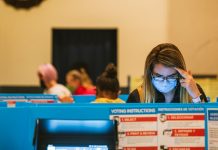 Making Financial Decisions When You Don’t Have All the Facts

Dr. Scott Gottlieb: Schools need to be 'the last thing' shut down due to rising Covid cases 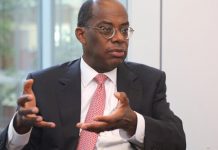 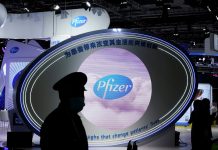 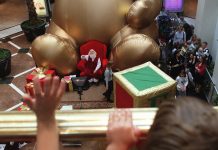 Santa? Is That You Behind That Mask? 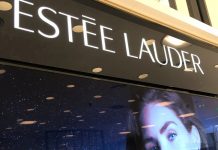 Dividends Are Down, but They Are Vastly Better Than Expected