The U.K. Department for Transport (DfT) has wheeled out the winning design for an England-wide electric vehicle charging point. The designer said the charge point would not “negatively impact pedestrians and other road users.”

However, one of the publicity photographs issued by the DfT shows the charger on a sidewalk. (In the U.K, sidewalks are known as pavements.)

Two charities have called on the government to make sure the new public electric vehicle (EV) charging points won’t impede pedestrians. Living Streets—which advocates for a better walking environment—and Guide Dogs—which provides mobility solutions for blind and partially sighted people—have urged the national government and local authorities to site infrastructure designed to be used by motorists away from pedestrian areas.

“Placing electric vehicle charging points indiscriminately on the pavement creates an obstacle for someone with sight loss,” said a Guide Dogs spokesperson.

Living Streets’ Interim CEO Stephen Edwards added: “The growth of electric vehicle charging points must not come at the expense of pedestrians.”

The new EV charging point was designed by PA Consulting and the Royal College of Art, with a government statement claiming the design—which cost £200,000—could become as “recognizable as the red post box or black cab.”

Transport Secretary Grant Shapps said the new design would be “rolled out across the country, making charging even easier and accessible as we step closer towards a net-zero future.”

Currently, there are an estimated 42,000 charging points in the U.K. at more than 15,000 locations. Many have been placed on footways rather than within parking pays on roads.

“We understand that electric vehicles are an increasing part of the transport landscape, and we support the environmental benefits they bring,” said a Guide Dogs statement, “but the installation of charging points on pavements increases the amount of street clutter people with sight loss have to contend with.”

The charity would like the government to introduce statutory guidance on accessibility standards, with charging points consistent throughout the U.K. to help people with sight loss identify them when they are encountered.

Power to the people

The DfT-commissioned prototype features a circular handle on a column. The handle lights up to indicate charging status. PA Consulting worked with a focus group comprising EV and non-EV users in an attempt to “understand wider attitudes to electric vehicles and charging infrastructure.”

Away from this focus group not all EV owners have been impressed with the design, with many on social media claiming it won’t be compatible with all electric vehicles.

“So a single tethered cable that’s not compatible with all EVs, on a bollard that’s the same size as a typical twin-socket post?” snarked one Twitter user in reply to the DfT’s announcement tweet.

“This clearly wasn’t designed by anyone who drives an EV, or who works in town planning and knows of the need to minimise the size of street furniture,” added the critic.

“We are committed to working with the private sector to deliver a convenient, affordable and reliable electric vehicle charging network that is inclusive for everyone,” stated a DfT spokesperson.

The DfT is working with the Institution of Engineering and Technology to form guidance for local authorities on installing electric vehicle charging infrastructure.

“This is due to be published early next year,” added the DfT spokesperson, “and will include guidance on the use of space, including the placement of charging infrastructure on roads and pavements.”

Living Streets’ Interim CEO Edwards said: “We have already seen numerous examples of the thoughtless placement of charging points on the pavement resulting in unnecessary obstructions. This easily avoidable pavement clutter is inconvenient for everyone and particularly problematic for people with wheelchairs, buggies, or those living with sight loss.”

He stressed that pavements must be kept clutter-free and that space for infrastructure meant for motorists placed on roads instead.

“Road space, such as car parking bays or small build-outs from the pavement, should accommodate new EV charging points,” he urged.

The RAC estimates that there are more than 330,000 battery EVs on the U.K.’s roads, with more than 125,000 registered so far in 2021. According to the Society of Motor Manufacturers and Traders, almost one in seven new cars sold in the U.K. this year is expected to be an EV. This has increased from one in ten in 2020 and one in thirty the year before that.

However, there is a shortage of public chargers, especially outside of London, and even those currently installed don’t always work. Thinktank Policy Exchange has said charge-point installation would need to rise from current levels—around 7,000 over the last three years—to 35,000 a year for the next decade.

“Our towns and cities should be places where walking is the natural choice for local, everyday journeys, and blocking pavements with EV charging points flies in the face of that,” argued Edwards. 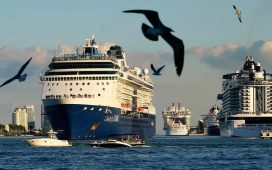 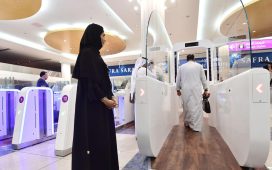 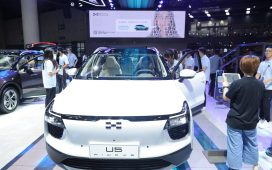 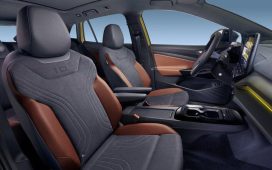 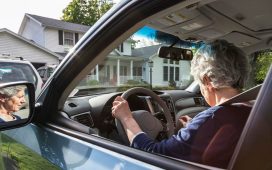 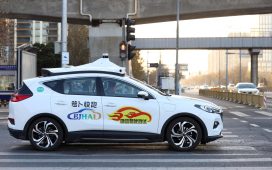 What Are The Milestones Of Robotaxi Service? 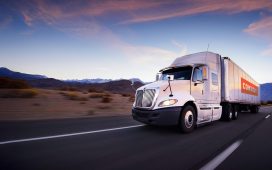 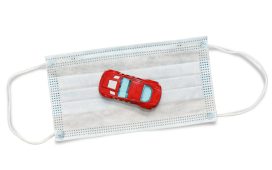 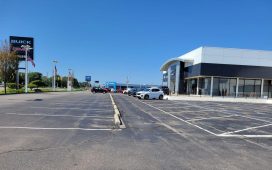