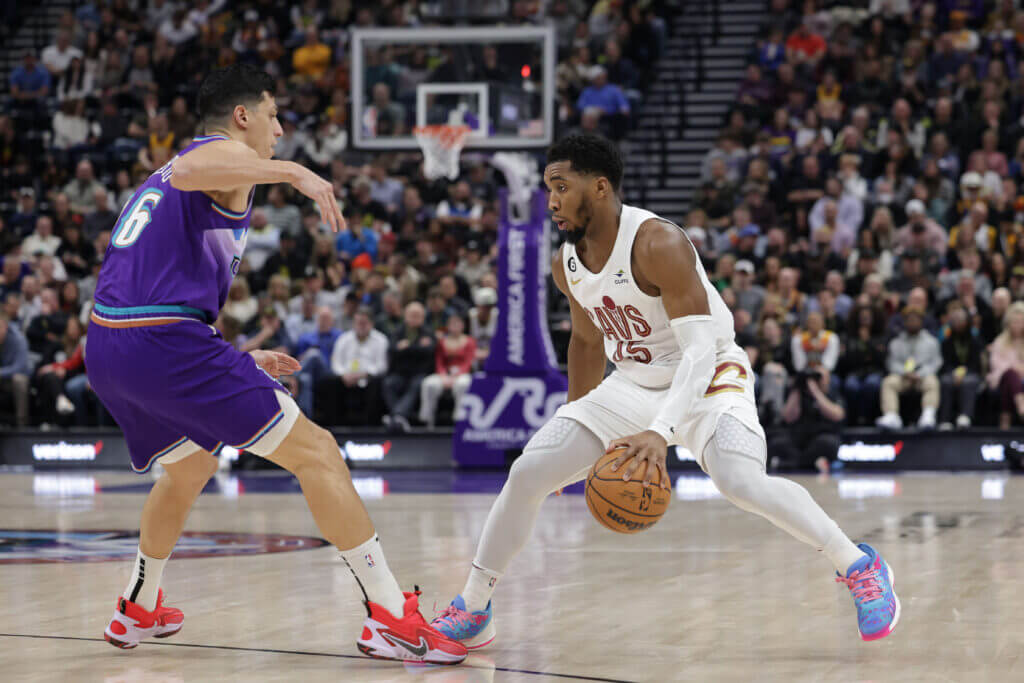 Mitchell spent his first five NBA seasons with the Jazz. Paired with Rudy Gobert, the two went 243-147 together in Utah. Mitchell went to the postseason five straight times in Utah, leading the Jazz to the best record in the NBA in 2020-21.

Entering Tuesday, Mitchell was averaging 28.8 points, 3.9 rebounds and 4.8 assists per game this season with the Cavaliers. On Jan. 2, Mitchell scored 71 points against the Bulls, becoming the sixth player in NBA history to record 70-plus points in a game.

Even with the emotions and the magnitude of returning to Utah, Mitchell looked like Mitchell. His scoring kept the Cavs in the game against the Jazz, as he ended the first half with 25 of Cleveland’s 55 points. Yet, as the fourth quarter began, Mitchell really began to take over.

He scored 17 points in the fourth quarter alone, hitting key 3s and finding his way to the basket. It just wasn’t quite enough in the end, but he was trying to will the Cavs to the end of the game. But there were some empty possessions toward the end of the game for the Cavs that ended up factoring in. — Russo

His presence on the floor in how he facilitates, play makes and finds those shots helps orchestrate the Cavs’ offense. But he also has confidence in his scoring and a knowledge of when to score that allows him to have these big scoring nights pretty consistently. — Russo

Highlight of the game

Mitchell recorded his fifth 40-plus point game of the season Tuesday.