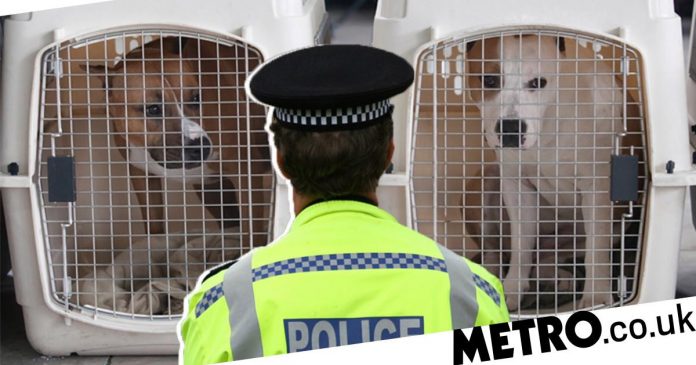 A police force has created a specialist role for an officer to investigate dog thefts after a rise in cases.

Nottinghamshire Police said there is ‘growing alarm over the threat of dog theft’ as they revealed the new role following warnings from charities.

Deputy police and crime commissioner Emma Foody said: ‘There is growing alarm – both locally and nationally – over the threat of dog theft.

‘This has been fuelled by a number of distressing incidents which have eroded public confidence.’

Chief Insp Amy Styles-Jones, who has been appointed as the dog theft lead, has three pet Chihuahuas called Tink, Jasper and Josie.

She said: ‘As an animal lover myself I relish the prospect of ensuring we take a compassionate response to the developing situation in regards to dog theft and any animal cruelty.’

Home Secretary Priti Patel pledged last month to look at measures to ‘go after’ thieves profiting from the crime.

It comes after a heartbroken dad revealed he lost his ‘best friend’ after his beloved dog, who helped his recovery from depression, was stolen as he was beaten to the ground.

Another incident saw a dognapper try to steal a guide dog from a blind student while she was out walking alone with a white stick.

The SPCA and the Dogs Trust issued advice on how to avoid accidentally buying a stolen dog.

They are advising people to choose reputable charities and not buy from social media.

People looking to buy a dog have also been told to never pay a deposit or arrange collection without seeing the animal, and always ask for the right paperwork.

Country diary: the ospreys are back – this is the ultimate spring thrill

Australia dingo attack: toddler airlifted to hospital after being bitten on Fraser Island

‘My garden is a haven for creatures’: Meet Pete, the man with 45 ponds 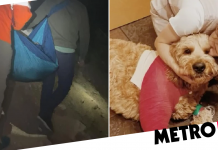 Dog jumps past owner down 200 foot cliff and miraculously survives

‘Heroic’ jogger rescues elderly dog from drowning in a canal 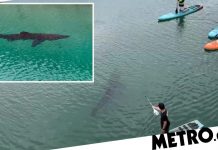 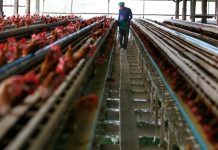