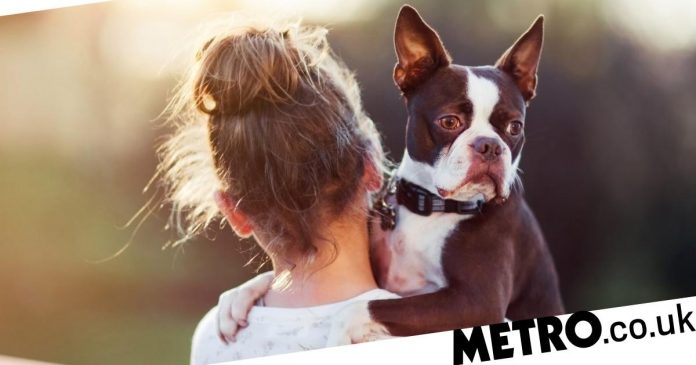 Dog owners say they are too scared to walk their pets alone amid a 170% surge in dognapping over the last year.

Holly Morgan, 26, from Nottingham, had her dog stolen in August 2019 and faced sleepless nights worrying whether he was okay.

She said: ‘Having my dog stolen was definitely the worst, stressful and most heart-breaking situation I have ever had to go though in my life.’

Fortunately she was reunited with her cocker spaniel Bud, who was found 130 miles away from home after being missing for 18 days.

She said: ‘Even though I have my gorgeous boy back and my family is now whole again I am still living every day in fear that it will happen again.

‘Even more so now with lockdown. I won’t walk my dogs by myself anymore, even in daylight, as I’m so petrified that they will be stolen from me.’

Campaigners say the penalties for dog theft do not match the devastating impact it can have on families.

The online survey received 124,729 responses with a large majority saying dog theft was a ‘serious problem’ and that thieves should face stiffer sentences.

Ms Bourne said: ‘Police forces across the country need a ‘flag’ for reports of dog theft on their systems as currently it is extremely difficult to track this crime trend and put in place an appropriate police response.

‘Pets are part of people’s family and the devastating emotional impact of this crime should no longer be overlooked.

‘The Home Office have asked to discuss the findings and how we can develop measures that will protect people’s pets and boost public confidence. I will be exploring whether it is time to consider defining pet theft as a specific crime.’

At present, dog theft is not defined as a specific crime, with dogs classed as ‘property’ under the Theft Act 1968.

Policing Minister Kit Malthouse said: ‘Losing a much loved family pet can cause great distress and it’s a sad fact that criminals will seek to profit by this vile crime.

‘We are taking action to cut crime by bolstering the police with 20,000 extra officers and our £20 million Safer Streets Fund will provide Police and Crime Commissioners with additional cash to spend on crimes such as theft.

‘Pet theft is a criminal offence with a maximum penalty of seven years’ imprisonment and it must be confronted wherever it occurs.’ 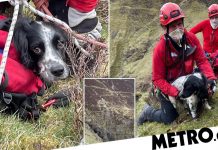 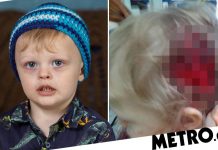 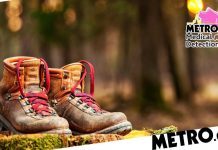 Adventurers Assemble: The Metro Lifeline challenge has a new date – here’s how you can take part

US jogger talks bear out of pursuing him further – video 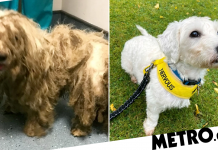 ‘I’m not your food’: Wyoming jogger reasons with bear in face-off

Country diary: blackthorn winter has begun to loosen its grip 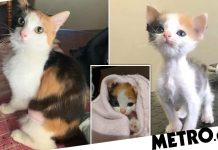