A dog fatally shot a hunter by stepping on a rifle in a freak accident.

The dog was in the back seat of a pickup truck with the rifle and other hunting gear, while the man was in the front passenger seat.

‘A canine belonging to the owner of the pickup stepped on the rifle causing the weapon to discharge,’ the Sumner County Sheriff’s Office told KAKE News. ‘The fired round struck the passenger who died of his injuries on scene.’

It happened around 9.40 am on Saturday on the 1600 block of 80th Street near Geuda Springs, Kansas.

The victim has not been identified. It was not immediately known if he was the owner of the pickup truck or if he was accompanied by someone else in the driver’s seat the the time of the accident.

It was also not clear if the truck was stationary or moving at the time the man was shot.

What happened to the dog that stepped on the rifle was unclear.

‘This is what happens when you put a loaded weapon in your car!’ wrote one Facebook user. ‘Safety has always warned only unloaded weapons in car.’

Another user wrote: ‘Improper storage and transport handing, gun should of been unloaded, in a case in the truck or separately locked compartment. Period.’

Meanwhile, a user who said he knew the victim condemned the comments, some of which were sarcastic.

‘To all the comedians and weapons experts here: This boy was my friend, having been best friends for over 20+ years with his dad. These comments are hateful,’ wrote Jimmy White. ‘I know this family very well and cannot tell you how much their hearts hurt right now. Shame on you.’

It was not the first time that a dog has shot dead a human by accident.

In November, a dog touched the trigger of a 32-year-old father Ozgur Gevrekoglu’s loaded shotgun in Turkey and killed him. And in 2018, a dog fatally shot its owner while on a jackrabbit hunt in New Mexico. 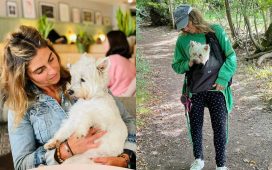 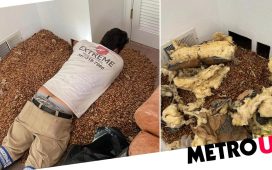 Beware the shih-tzu! Why your dog may be closer to a wolf than you think 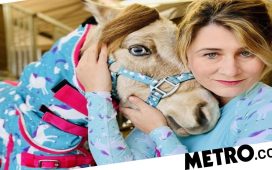 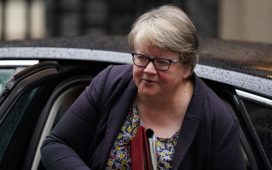 Will the egg shortage spell the end for brunch? For the sake of the chickens, I hope so | Emma Beddington 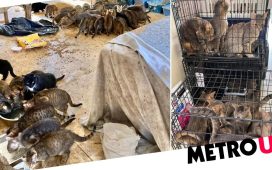