Italian Open winner Novak Djokovic said his son, Stefan, won a tournament on the same day, calling it a “sunshine double” that he would cherish forever

Italian Open winner Novak Djokovic said his son, Stefan, won a tournament on the same day, calling it a “sunshine double” that he would cherish forever

Novak Djokovic said his seven-year-old son Stefan had won his first tournament on the same day the Serb lifted his first crown in more than six months at the Italian Open, describing their success as a “sunshine double”.

Djokovic beat Stefanos Tsitsipas 6-0 7-6(5) to triumph in Rome on Sunday, ensuring a perfect week for the world number one before the French Open starting on May 22, but the 20-times Grand Slam winner was equally pleased for his son.

“The journey started successfully. My son won a tournament today. A sunshine double,” Djokovic said, adding that his son’s victory at the small club tournament would stick in his memory.

“I wanted him to enjoy it on the court… He was on cloud nine with the family, my parents, my wife’s parents, everybody supporting him. It’s nice.” 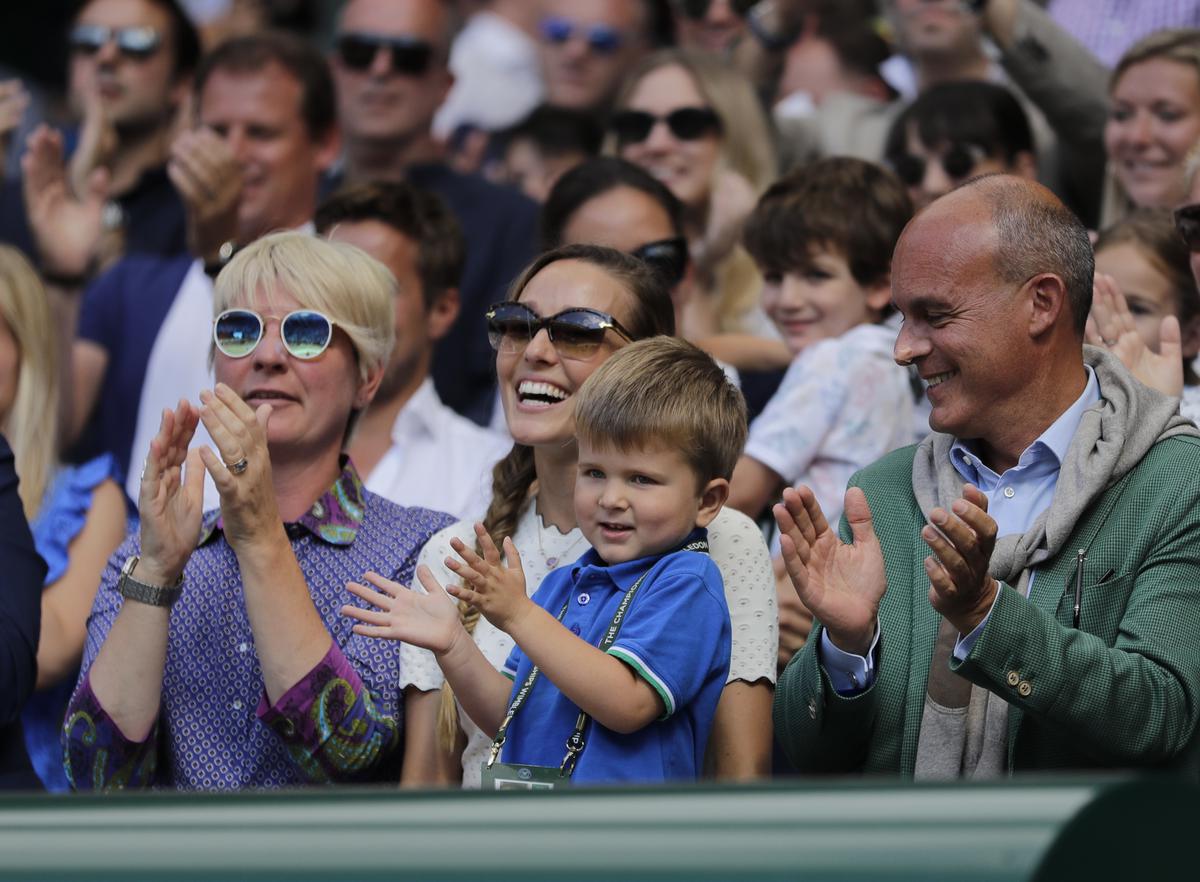 Jelena Djokovic (in white), wife of Novak Djokovic, and their son at Wimbledon in 2018. File
| Photo Credit: AP

Djokovic said he would fully support his son if he decided to pursue a career in tennis.

“He’s only seven… He shouldn’t feel any pressure or expectations yet, though he’s going to because it’s part of his family. He’s going to attract a lot of attention if he’s playing tennis, particularly in our country,” Djokovic added.

Turning the focus onto himself, the 34-year-old said he was hitting top gear as he aims to defend his Roland Garros crown and go level with Rafa Nadal on 21 major titles.

“I’d rate myself as one of the favourites. I don’t spend much time thinking who’s going to win it or who might have the best chance. I always think about myself,” Djokovic said.

“I go there with the highest ambitions. I like my chances. The way I’ve been feeling on and off the court in the last few weeks, I can go far.”