Walt Disney (NYSE: DIS) is grabbing headlines but for the wrong reasons. The entertainment conglomerate is placing 100,000 workers on unpaid leave amid closures of theme parks and hotels due to coronavirus.

While stopping pay for nearly half its workforce saves Disney $500 million per month, the entertainment giant is far from broke. It still plans to dole out over a billion dollars in dividends that will benefit the company’s big-time shareholders.

Let the State Pay for the Rank and File

Why pick up the bill if someone else can pay for it? That seems to be the mindset of Walt Disney’s top brass as it urged U.S. employees to apply for unemployment benefits. The cutthroat decision forces the U.S. government to pay the furloughed Disney staff while the company saves hundreds of millions.

Disney is not temporarily cutting off its 100,000 employees because it is on the verge of bankruptcy. On the contrary, the company can afford to pay $1.5 billion in dividends to shareholders in July.

With the dividend money, the greatest entertainment company in the world could have afforded to pay its 100,000 workers for the next three months. Yet, Disney chose to reward stockholders. Who are these people and why are their interests more important?

Disney Executives Poised to Make Money While They Sleep

An in-depth look at the company’s compensation structure reveals that the CEO and other executives are entitled to annual equity bonuses based on their performance.

Bob Iger, the former chief executive of the entertainment giant, owns millions of dollars worth of Disney shares. Iger, who is now the chairman of Disney, received over $100 million in stock incentives in 2017 when he agreed to stay on as CEO. A year later, he got a one-time stock reward worth $26.3 million.

Iger is not the only one swimming in Disney shares. Other named executive officers (NEOs) are also entitled to an annual equity bonus:

More importantly, Disney rewards its top executives based on the price of Disney’s stock. The company’s 2020 annual meeting and proxy statement notes,

With $1.5 billion in dividends still a go, those who own Disney stocks including executives will be entitled to a payout of $0.88 per share. The dividend can serve as a bullish catalyst for DIS.

It would seem that the higher-ups look to enrich themselves at the expense of the rank and file. The wealth gap increases because of this kind of behavior. This shows why the system is definitely rigged.

Disclaimer: This article represents the author’s opinion and should not be considered investment or trading advice from CCN.com. The author holds no investment position in Disney at the time of writing.

This article was edited by Sam Bourgi. 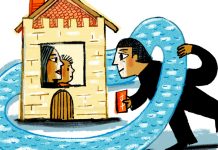 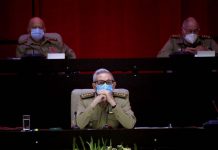 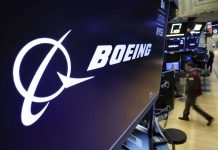 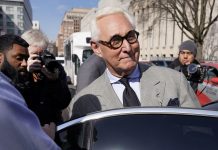 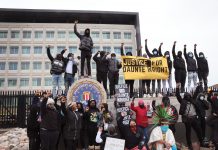 ‘We Were Flying Blind’: A Dr.’s Account of a Woman’s J.&J. Vaccine-Related Blood Clot Case