“Camila Comes Out at Night,” which plays in main competition this weekend at San Sebastián, begins with teen Camila in a museum, gazing at a ancient photo. It’s of an indigenous Paraguayan girl, Niña Ache, who was captured by colonialists, made to work as a servant and finally interned in a psychiatric ward for her strong sexual tendencies, the text next to the photo reads.

The third solo feature of Inés Barrionuevo, “Camila Comes Out Tonight” goes on to ask if the fate of young women in modern Argentina has really changed out of all recognition. At first, as the pugnacious, mature for her age Camila transfers from her liberal high school in Mar del Plata to a traditionalist institution in Buenos Aires, “Camila” seems a straight-arrow coming of age tale as she discovers the city’s cool hip-hop clubs, does drugs and falls for Clara, a classmate. But when she falls victim to physical sexual abuse from the male school bully, “Camila” broadens it compass and gains in contemporary edge to take in Argentina’s Marea Verde – Green Tide – of street protests against Argentina’s abortion laws, some of the most restrictive in the world. The question becomes if Clara, having already been suspended for calling out the Catholic Church “a dictatorship,” will take this revolution back to her own school.

Variety chatted to Barrionuevo as “Camila Comes Out at Night” world premiered at San Sebastián.

In “Camila Comes Out Tonight,” you return to a world of teenagers but portray a youth which is a near generation younger. There’s a sense of admiration in the portrayal – of how Camila forms part of a youth which takes to the streets to protest and stands up for her ethics in her own life. Could you comment?

An Argentine generation has grown from a feminist construct, from attending demonstrations to the Marea Verde. This generation of very young girls, who spent whole nights at vigils as part of the campaign for the legalization of abortion, which until very recently was illegal in Argentina. It’s a generation that I admire and respect: There’s a very large contrast with my generation in questions of conquered freedoms. This is Camila’s kitchen, what this character feeds on simply living in a world of expanded liberty, but where there are still more freedoms to conquer. This is what’s happening in Argentina today.

The film was also your first solo feature written with a co-screenwriter, Andrés Aloi.  How was this experience for an auteur?

It was a gratifying process, the coming and going with Andrés Aloi. Co-writing means you can comment with whom you’re writing about the characters, their lives and habits as if they were alive… it’s not just part of your own inner depth where the characters fly over your head but is shared.

What guidelines did you have when directing “Camila Comes Out at Night?”

Always observe what Camila is observing and see the world through her eyes. See life as she sees it. Respect characters when it comes to framing, being faithful to them as it were. It’s a difficult concept to get across, but it happens when you place the camera and feel you’re being fair to the character and don’t want to show them via effects. Then a simple mise en scène but one which has an almost tactile charm, something that could be touched.

You made your debut feature in 2014 with the memorable “Atlantida.” How has Argentine cinema changed since then and do women now play a larger part of it?

“Atlántida” now seems a long time ago and very innocent. But it did portray a specific time in the ‘80s in a village in Argentina. Camila is the today and now. It was a challenge thinking about a generation which was still coming into being and vertiginous portraying it without a naturalism or [direct] loyalty to what I was seeing, but rather creating my own take on this generation.

Women still have a lot to conquer in the world and in cinema. But there have been advances in labor market presence and a trend which reflects this. If this serves to give work to women, then it’s welcome. But there’s still a long – a very long – way to go for women to occupy the same positions as men and for labor conditions to be the same. 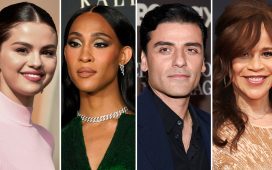 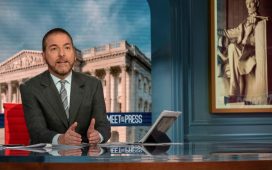 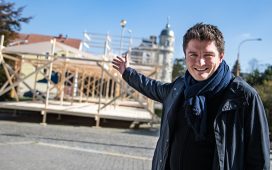 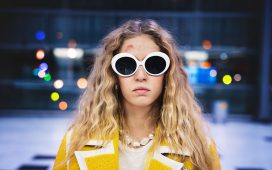 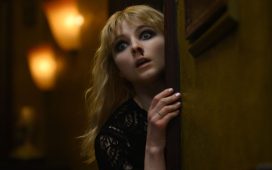