Harry Maguire’s horror season continues. It has been a nightmare off the pitch, with the story of his misadventures from Mykonos well told, and it has not been much better on it, as he has struggled for rhythm and confidence at Manchester United.

Any notion that he might generate a little momentum in England colours after his solid performance in Sunday’s 2-1 win over Belgium was shot to pieces by a first-half red card that disfigured this Nations League tie from his team’s point of view and led to a disappointing defeat.

After Belgium, Gareth Southgate had said the “best teams back up big results through consistency”. This was not what he had in mind. Maguire was lucky he did not receive an instant red for an ugly fifth-minute challenge on Yussuf Poulsen – he got away with yellow – but he could not make the most of the reprieve.

He looked like a man who could not master the ball or his situation and his evening was over on 31 minutes when he took a poor touch to set up a 50-50 challenge with Kasper Dolberg. Maguire got there first, winning the ball, yet his clumsy and heavy follow-through saw him catch the Denmark centre-forward. Again, it looked bad.

England were the architects of their own downfall, with Denmark’s goal another black mark in a growing collection of them for Jordan Pickford. The goalkeeper charged from his line in an attempt to address a ball from the right but he succeeded only in panicking Kyle Walker, who was attempting to deal with Thomas Delaney. Walker seemed to hesitate and then he challenged, catching Delaney after the Denmark midfielder had touched the ball first. There was contact, although it was a soft penalty award. Christian Eriksen marked his 100th cap with a nerveless conversion.

The evening was notable for an unwanted piece of history, with England collecting a second red card in a single game for the first time. It was Reece James who lost his composure after the final whistle, the sense that the referee, Jesús Gil Manzano, had been against England overwhelming the 20-year-old and causing him to direct a volley of verbal abuse in his direction.

Southgate had given James his full debut, starting him at right wing-back and moving him to right-back in the reshuffle after Maguire’s dismissal. He had been England’s best player – the shortlist was not a long one – whipping over a string of dangerous crosses in the opening half hour. This was a wholesale blotting of his copybook.

England fought with 10 men and they had their moments in the second half. Mason Mount drew a fabulous save out of Kasper Schmeichel with a header and, in stoppage-time, Conor Coady thought he had equalised from a Harry Kane cross only for Simon Kjær, who also reached a century of caps for Denmark, to smuggle off the line.

Southgate’s side might have deserved something for the heart they showed but the hard truth is no team can make the sort of errors that they did and escape punishment. Indiscipline is an emerging theme for Southgate, particularly after the string of off-field indiscretions this season, beginning with that of Maguire in Greece and followed by those of Phil Foden, Mason Greenwood, Tammy Abraham, Ben Chilwell and Jadon Sancho. Walker was also sent off against Iceland in September.

The referee enraged England with some of his decisions – and not just the one to award the penalty. He whistled for a couple of soft fouls and, when Kalvin Phillips seemed to win the ball in a 69th-minute tackle on Poulsen only to be penalised with a free-kick, Southgate lost his cool on the touchline. Manzano marched over to tick him off.

Southgate wanted his players to show more attacking guile, to address the lack of creativity and incision that has undermined much of their play this season. They fell short again. To much gnashing of teeth among sections of the fanbase Jack Grealish was again an unused substitute and, although England made inroads up the right before Maguire’s sending off, Mount’s final ball was too often poor. Nobody, meanwhile, could react when James did deliver.

Where was Kane? Was the captain fit enough to make the necessary darting runs? He did not look like himself. He was slow to lead the press, which is unusual and, when Southgate made substitutions in the 72nd minute, Kane removed the armband and clearly felt he was about to depart. The manager left him on for the 90 minutes.

Kane had England one’s chance in the first half, failing to dig out a close-range shot with any power after Mount had touched Declan Rice’s ball over the top inside. Maguire’s red card then changed everything.

Mount’s chance came in the 66th minute after Rice had headed on a corner – Schmeichel’s reaction save took the breath away – while James went close with a free-kick and Coady might have provided a late twist. Denmark, though, ought to have scored a second. Daniel Wass stole inside Walker but blew a gilt-edged header and the substitute, Pione Sisto, shot weakly on the break. 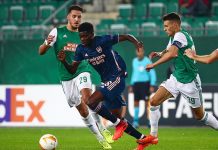 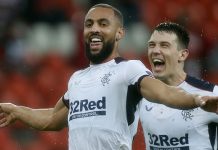 Hakim Ziyech: 'I'm not afraid to have my opinion, I speak from the heart' 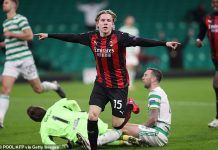 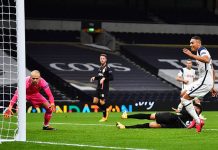 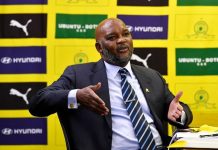 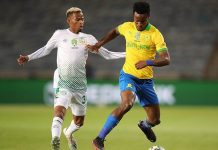 Ross Barkley: 'I knew I was ready to show how good I am' 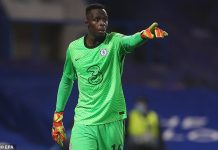 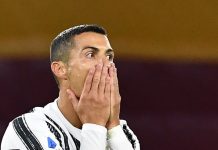 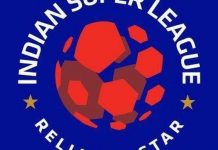