Nestled like a red question mark in the hills of rural Japan, the Kamikatsu Zero Waste Centre is a recycling facility like no other. A chunky frame of unprocessed cedar logs from the nearby forest supports a long snaking canopy, sheltering walls made of a patchwork quilt of 700 old windows and doors, reclaimed from buildings in the village. Inside, rows of shiitake mushroom crates donated by a local farm serve as shelving units, while the floors are covered with cast terrazzo made from broken pottery, waste floor tiles and bits of recycled glass, forming a polished nougat of trash.

It is a fitting form for what is something of a temple to recycling. In 2003, Kamikatsu became the first place in Japan to pass a zero-waste declaration, after the municipality was forced to close its polluting waste incinerator. Since then, the remote village (with a population of 1,500, one hour’s drive from the nearest city) has become an unlikely leader in the battle against landfill and incineration. Residents now sort their rubbish into 45 different categories – separating white paper from newspapers, aluminium coated paper from cardboard tubes and bottles from their caps – leading to a recycling rate of 80%, compared with Japan’s national average of 20%. Villagers typically visit the centre once or twice a week, which has been designed with public spaces and meeting rooms, making it a social hub for the dispersed town. It even has its own recycling-themed boutique hotel attached, called WHY – which might well be your first response when someone suggests staying next to a trash depot.

“The question mark shape can be perceived only from high up in the sky,” says the building’s architect, Hiroshi Nakamura. “But we instil our hope that this town questions our lifestyles anew on a global scale and that out-of-town visitors will start to question aspects of their lifestyles after returning home.”

The project is one of many such poetic places featured in Building for Change, a new book about the architecture of creative reuse. Written by the architect and teacher Ruth Lang, it takes in a global sweep of recent projects that make the most of what is already there, whether breathing life into outmoded structures, creating new buildings from salvaged components or designing with eventual dismantling in mind. The timing couldn’t be more urgent. As Lang notes, 80% of the buildings projected to exist in 2050, the year of the UN’s net zero carbon emissions target, have already been built. The critical onus on architects and developers, therefore, is to retrofit, reuse and reimagine our existing building stock, making use of the “embodied carbon” that has already been expended, rather than contributing to escalating emissions with further demolition and new construction.

While the urgency of the issue has been occupying the industry for some time – the Architects’ Journal leading the way with its RetroFirst campaign – the topic recently made national headlines when Michael Gove, then communities secretary, ordered a public inquiry into the proposed demolition of the 1929 Marks & Spencer flagship store on Oxford Street. Whereas heritage conservation would once have been the primary reason to retain such a building, the conservation of the planet has now taken centre stage. Campaigners argue the development proposals would release 40,000 tonnes of CO2 into the atmosphere, whereas a low-carbon “deep retrofit” is eminently possible instead. They point to examples such as the former Debenhams in Manchester, a 1930s building which is being refurbished and extended. To put the scale of the emissions in context, Westminster city council is currently spending £13m to retrofit all of its buildings, to save 1,700 tonnes of carbon every year; the M&S demolition proposal alone would effectively undo 23 years of the council’s carbon savings.

The retailer’s bosses might do well to thumb through Lang’s book for some inspiration, and see how creative reuse is not just crucial for the planet, but can be even more alluring than the promise of a shiny new-build. Along with office and retail refurbs, the projects include a rusting steel factory in Shanghai reborn as a striking exhibition centre, a water tower in Norfolk that was cleverly converted into a panoramic house in the clouds, and a children’s community centre in a converted warehouse, complete with a vertiginous new landscape that ripples its way around the building.

The strategies on show range from the ad-hoc to the forensically planned. One German architect, Arno Brandlhuber, invited friends to bash out holes in the concrete walls of a former underwear factory near Potsdam using a sledgehammer, to create the windows of his gritty new weekend home wherever they saw fit. In Barcelona, meanwhile, architects Flores & Prats spent three months meticulously cataloguing every single door frame, mosaic tile and wall moulding of a 1920s workers’ co-operative, creating an inventory of components to reuse in their conversion of the building into a theatre. The duo compare their process to altering secondhand clothes: “You have to unstitch and so recognise the pattern used before, cut on one side to add on another,” they write. “We may have to sew some pockets, and so on, until the garment responds and identifies with the new user.” It is an exercise, they add, that “requires confidence and time until you get to feel it as your own”.

The resulting Sala Beckett is a spellbinding place, encrusted with the traces of its previous lives, creating a series of richly layered spaces that would have been impossible to make from scratch. It brims with one of retrofit’s chief free gifts, which so many new buildings struggle to conjure: character. Over the years, the co-op had hosted shops, a cafe, cinema and gym, and echoes of these functions are kept on in a kind of bricolage of fragments.

The 44 doors and 35 windows retrieved from the project were carefully restored, repainted and relocated to different rooms, arranged in enlarged openings and in new combinations, “as if choreographed in a dance around the new building”, Lang writes. The architects term their approach “situational architecture”, allowing the space to surprise and guide its development, suggesting alternative uses and evolving into its new form. While other architects had proposed to demolish the building and start afresh, Flores & Prats saw the social value in retaining the structure, beyond the environmental benefits alone. “You inherit it,” Ricard Flores said in an interview, “you use it because you like what you see and you think there is a treasure there. And not only as regards the material qualities. The social inheritance was as important as the physical inheritance.”

Similar principles guide the approach of French couple Lacaton & Vassal, the Pritzker prize-winning architects who work under the rallying cry: “Never demolish, never remove or replace, always add, transform, and reuse!” Their rehabilitation of postwar housing blocks in Paris and Bordeaux has set a new bar for low-energy retrofit, improving the thermal performance of the buildings while, crucially, allowing the existing residents to live there while the works are carried out.

From social housing to art centres, the pair always begin with a fastidious assessment of the existing fabric, asking how it could be improved with the bare minimum of resources. In the early 00s, when the French state was allocating €167,000 for the demolition and rebuilding of each apartment, they argued that it was possible to redesign, expand and upgrade three flats of the same size for that amount. They proved it, working with Frédéric Druot to transform the 1960s Tour Bois-le-Prêtre, by removing the old precast concrete cladding and wrapping the flats in a three-metre-deep layer of winter gardens, providing additional amenity space and a thermal buffer to the living spaces. As Anne Lacaton puts it: “Demolishing is a decision of easiness and short-term. It is a waste of many things – a waste of energy, a waste of material and a waste of history. Moreover, it has a very negative social impact. For us, it is an act of violence.”

It is a light-touch philosophy that can also be found in the work of London studio DK-CM, particularly in their masterplan for Harrow Arts Centre, set in a Victorian school campus, which features in the book. Rather than decant the existing uses into temporary structures at vast expense, to enable the creation of new arts facilities, the architects carefully reorchestrated the site and developed a phased approach over six years. Architectural decisions were made according to how they would reduce overheads and minimise the environmental impact of construction and future maintenance, with a programme of strategic repairs and lightweight insertions – a design process with “more in common with surgery than construction,” says Lang.

The momentum for retention and reuse is catching on. No longer perceived as the last resort of economic necessity or a fringe eco-pursuit, refurbishment has become the desirable choice for progressive clients. This month, the London School of Economics unveiled the winner of its latest international competition, for a £120m “last set piece” addition to its campus. After a recent run of building gargantuan brick, glass, steel and concrete behemoths, designed by a roster of star architects, the LSE appointed David Chipperfield precisely because he proposed to keep as much of the site’s existing 1902 building as possible. Retention should be seen “not as an obligation”, said Chipperfield, “but as a commitment to a more resourceful and responsible approach to our future, based on intelligent use of existing material and cultural capital.” Will M&S take note, and reconsider its carbon-hungry plans? 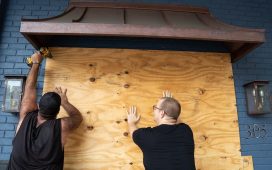 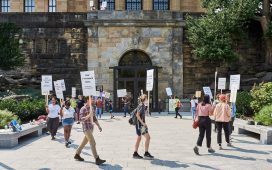