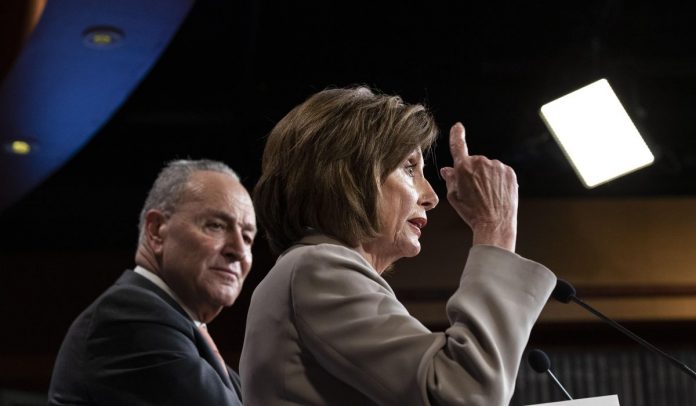 Democrats renewed their demands for the Senate to take up background check legislation on Thursday, ramping up the pressure on a key election issue as the 2020 election gets closer.

“Senator McConnell, we have a question for you. Why do you think your political survival is more important than the survival of our children? Give us a vote,” Mrs. Pelosi, California Democrat, said.

Thursday marked exactly one year since the two bills passed the House.

One would expand the current background check system, which covers gun transactions involving licensed dealers, to include nearly all trades, sales or gifts. The other extends the time federal agencies have to process a background check before the sale go through.

They also called for an updated assault weapons ban. Neither chamber has passed such a bill yet, but in the House, where Democrats have the majority, Rep. David Cicilline’s legislation already has the support of 216 colleagues.

The Democratic rally came one day after a Molson Coors brewery employee attacked a company complex in Wisconsin, killing five people in a shooting spree before fatally shooting himself.

“We’ve endured so many of these tragedies over and over and over,” Mr. Schumer, New York Democrat, said. “President Trump said yesterday that his heart is breaking for the victims and the families. Enough words, President Trump — how about a little action?” “We don’t believe your words.”

After a string of deadly shootings broke out over the summer recess, momentum for a bipartisan deal on gun control surged on Capitol Hill.

Democrats were hopeful that the public pressure would be enough to break through the partisan stalemate in Washington, but ultimately no bipartisan agreement could be reached.

Senator Mitch McConnell said he was waiting for President Trump to approve of a plan before putting anything to a vote in his chamber.

Democrats, accusing Republicans of being bought off by the National Rife Association, urged their supporters that the only way to move forward on gun control would be to defeat Republicans at the ballot box later this year.

“They will continue to do nothing because they will not learn the lesson and they’ve shown that for the last 20 years,” House Judiciary Chairman Jerry Nadler, New York Democrat, said. “So its up to all of us to stop the murder and the mayhem by supporting this legislation and by voting out the Republicans. Mitch McConnell is just one of them.” 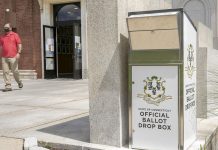 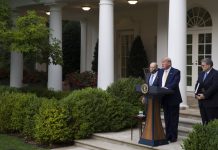 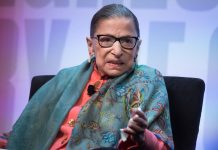 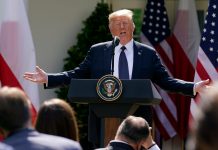 The Trump supporters who changed their mind: 'I'd rather vote for a tuna fish sandwich'

Alabama’s Senate Race Most Negative in the Country 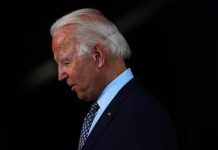 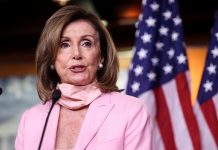