Democrats in the House of Representatives today unveiled a plan to reduce net greenhouse gas emissions in the US to zero by 2050, a goal they propose to achieve by requiring all new cars to be electric by 2035, eliminating emissions from the power sector by 2040, and potentially adopting a version of a carbon tax on emissions.

“This is the biggest, most comprehensive climate plan from Congress since 2009,” said Leah Stokes, a professor at Santa Barbara University. “It shows that the committee has been listening to stakeholders, and has watched the Democratic primary carefully.”

Most of the policies in the 538-page report by the House Select Committee on the Climate Crisis will probably never see the light of day if Democrats fail to capture the White House, the Senate and maintain control of the House of Representatives this November. Many similar provisions are contained in a $1.5 trillion infrastructure bill that will likely be passed by the House later this week, but it is all but certain to die in the Republican-controlled Senate.

In spite of the ambitious headline commitments, though, the new plan may not lie as far from the mainstream as conventional wisdom would suggest. Nor is it likely to prove as politically toxic as some Republican candidates this fall might have hoped, experts say.

American public opinion on climate change has shifted rapidly in only the last few years. As many as 52% of adults in the US believe that taking action on global climate change should be “a top priority for the president and Congress,” a large increase from the 38% of adults who said the same thing in 2016, according to the Pew Research Center in April. Since then, widespread protests over the police killing of George Floyd in Minneapolis have grown to encompass environmental justice — to which the Select Committee’s new report, “Solving the Climate Crisis,” refers repeatedly, including in its first paragraph.

Moreover, the plan’s over-arching objective — net zero emissions by 2050 — is not as radical as it might once have seemed. A number of institutions, companies and countries have adopted that goal, including oil major BP, every state in Australia and the European Union. Joe Biden, the Democrats’ presidential nominee, has already endorsed a net-zero emissions by 2050 target.

So the context for ambitious climate proposals is more agreeable. Yet on top of these realities, the new report also takes pains to avoid snagging key political tripwires.

For example, it does not mention a ban on hydraulic fracturing or “fracking,” which is often a sticking point with the left wing of the Democratic Party. Fracking — the process of injecting water and chemicals deep underground to break apart rocks and extract oil and gas — can pollute underground water resources, but the oil and gas industry says it has helped the US produce record amounts of oil and gas and thus reduce dependence on Middle East petrol states.

The report also backs heavy investment in carbon capture and sequestration technology, which sucks carbon out of the air and stores it underground, where it cannot contribute to the greenhouse effect responsible for warming the planet. (“Net” zero emissions is only possible for this reason.) This technology, which is not yet commercially viable, is a favorite investment choice of many Republicans as well as the fossil fuel industry because it doesn’t penalize existing fossil fuel infrastructure.

“In what one can only regard as a political overture to communities dependent on the fossil fuel industries, the plan is not nearly as hostile to oil and coal as some progressives and Democrats would have liked to have seen,” said Grant Goodrich, executive director of the Great Lakes Energy Institute at Case Western Reserve University.

The plan contains other proposals that traditional opponents of aggressive action on climate change could get behind, such as tougher efforts to reduce methane emissions, including phasing out the practice of “flaring” — the burning off of unused methane, a potent greenhouse gas — within 10 years. Curtailing methane emissions from natural gas infrastructure is widely supported by virtually everyone, including the fossil fuel industry.

As a result, the plan may not be the political billy club that some Republicans had perhaps hoped to use during their general election campaigns against Democratic rivals, experts say.

“The actions listed [in the report] have been discussed for some time,” said Roger Duncan, a former fellow at the Energy Institute at the University of Texas at Austin and the author of an upcoming book, The Future of Buildings, Transportation and Power. “The Democratic and Republican lines on coal, oil and gas have already been set, and a moderate Democrat would actually be able to point to this as a more reasonable response than the Green New Deal, which is what the Republicans will be trying to tag them with.”

Influence of the progressive arm

The proposals may tread carefully. But there is no mistaking their ambition, nor the influence of a resurgent progressive wing of the Democratic Party.

“Not only are there enormous job creation efforts outlined in the plan, there is significant language addressing the public health concerns of environmental degradation and climate change, as well as the environmental and social justice issues,” said Goodrich, calling it “an example of the influence of the Democratic Party’s progressive arm, and ties directly to Green New Deal language.”

Unlike the Green New Deal — the even farther-reaching proposal championed by House member Alexandria Ocasio Cortez and others to overhaul US energy and labor markets — today’s report doesn’t endorse far-reaching plans for the government to take stakes in companies nor several of the other proposals in the Green New Deal.

But it does place a heavy emphasis on jobs, as the earlier report did. For example, the new report proposes to revive the Civilian Conservation Corps, a Depression-era jobs program, to focus on natural resources work. And it often mentions the necessity of ensuring that the impacts of climate change don’t land disproportionately on minorities and environmental justice communities — a central plank of progressives’ climate policy agenda.

An early, warm reception from progressives

The House report drew a warm early reception from key progressive groups, including from the Sunrise Movement, the group that first spearheaded the Green New Deal.

“We are happy to see the Select Committee’s Action Plan reflect much of the vision for a Green New Deal,” said Lauren Maunus, the legislative director for Sunrise.

The House Select Committee on the Climate Crisis is itself evidence of resurgent left-wing Democrats’ influence. House speaker Nancy Pelosi created it in 2019 as a resurrected version of an older committee, the House Select Committee on Energy Independence and Global Warming, partly as a nod to then newly-elected House member Ocasio Cortez and other progressive members who had pushed for more ambitious climate policy. 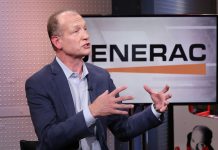 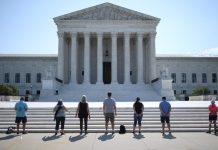 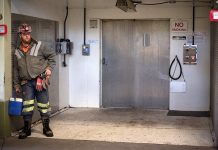 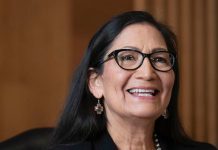 Haaland makes endorsement in race for her old House seat 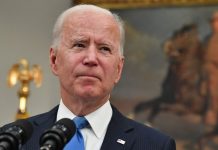 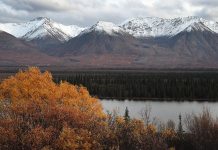 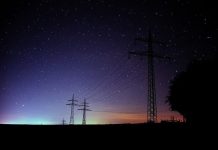 High-Tech Giants Collaborate To Launch Broadband Ecosystem For Utilities, Based On Anterix-Held Spectrum 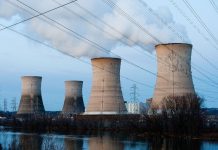 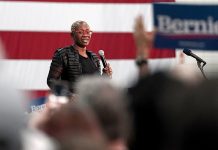 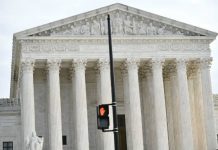 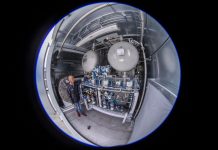