Dems in a bind on stimulus? — Progressive Democrats will hate to hear this but the party is in something of a political bind now that Senate Majority Leader Mitch McConnell has said he plans to have the Senate vote on a “targeted” coronavirus relief bill before the election that would, among other things, replenish the Paycheck Protection Program.

Democrats led by House Speaker Nancy Pelosi continue to reject this approach — as well as the latest $1.8 trillion offer from the White House — as woefully short of what is needed to boost unemployed workers and the economy.

It’s very clear that Democrats both believe the GOP approach is inadequate and do not want to hand Trump a political and economic win in the final weeks of the election. But as Pelosi’s highly combative interview with CNN’s Wolf Blitzer on Tuesday showed, defending doing nothing right now in favor of a potentially larger effort should Democrats sweep on Nov. 3 is not going to be an easy thing to do.

Blitzer cited Democratic support for doing at least something now, including a tweet from progressive Rep. Ro Khanna (D-Calif.) backing the GOP’s $1.8 trillion offer. Pelosi acidly dismissed both Blitzer and Khanna: “I don’t know why you’re always an apologist and many of your colleagues are apologists for the Republican position — Ro Khanna, that’s nice. That isn’t what we’re going to do.”

It’s probably not an election-swinging issue at this point but it’s going to be challenging for Democrats to explain why they won’t take something close to $2 trillion (if in fact McConnell puts that much on the floor) rather than nothing.

GOP consultant and pollster Frank Luntz tweeted at MM: “It’s probably not just Wolf who feels this way. Politicians rarely miss meals or lose the roof over their heads as a result of delays — but many voters don’t have that luxury.”

Contrarian view on Wall Street and the stimulus — MM has banged on endlessly (sorry) about Wall Street misreading the likelihood of a pre-election stimulus bill clearing Washington.

But Mercer Investments’ Nick Conant emails: “On the US Stimulus bets, Wall Street is in a win-win situation. It will either be a $1.5-2.0 trillion stimulus passing in Q4, or it’s +$2.5 trillion in Q1 2021. Timing doesn’t matter. I’m not sure why reporters don’t get that.”

Biden tax plan gets a bump from AEI — Not generally viewed as a Dem-friendly think tank, AEI issued a study on Dem nominee Joe Biden’s tax plan that will certainly wind up in the candidate’s talking points and ads: “In 2021, Biden’s proposals would increase taxes, on average, for the top 5 percent of households and reduce taxes on households in the bottom 95 percent.”

FLASH: WH EMBRACES “HERD IMMUNITY” — Via the NYT: “The White House has embraced a declaration by a group of scientists arguing that authorities should allow the coronavirus to spread among young healthy people while protecting the elderly and the vulnerable — an approach that would rely on arriving at ‘herd immunity’ through infections rather than a vaccine.”

WHICH STATES HAD THE BEST PANDEMIC RESPONSE? — Our Tucker Doherty, Victoria Guida, Bianca Quilantan, Gabrielle Wanneh: “Vermont locked itself down early and reopened gradually. Washington state paid workers who couldn’t do their jobs while quarantined. And Louisiana zeroed in on students who were most at-risk of falling behind and prioritized help for them first.”

WHY MARKETS ARE CHILL WITH POSSIBLE DEM SWEEP — Cresset Asset Management’s Jack Ablin: “Under [a sweep] scenario, Democrats would pass the original $3.4 trillion Heroes Act in January … That program would be expected to boost growth next year. ‘Blue Wave’ as a search term has been expanding in popularity, according to Google Trends data, with a strong increase since September 30.”

WHY MARKETS ARE DEFYING BAD COVID NEWS — Brad McMillan, Chief Investment Officer for Commonwealth Financial Network: “Clearly, the markets think everything is awesome. Yet, when you look at the data, everything is not awesome. Risks from the pandemic continue to rise, with several states now showing case growth levels that put their health care systems under serious strain.

“So, what’s driving the markets?… In a word, hope. As the election starts to look less uncertain, markets are hoping for a clean and fast resolution—and for another round of federal fiscal stimulus shortly thereafter.”

HAPPENING TODAY — “[S]taff from the Securities and Exchange Commission will host a roundtable to discuss the U.S. credit markets and the impact of the COVID-19. The event will be livestreamed on www.sec.gov starting at 1 p.m.”

SURVEY: WORKERS SETTLING INTO THE REMOTE GRIND — Via Aubree: Several months into the pandemic and transition to remote work, employees are getting used to the idea of staying remote even longer. According to a new survey from Prudential Financial — conducted by Morning Consult in September — roughly 71 percent of remote workers say they’d like to continue working remotely, compared to 68 percent in May. Another 58 percent say they’re more productive when working from home.

But it’s not a perfect swap for the days of in-person offices. More than half of workers surveyed said that while they’re saving times on their commutes, that time is now being spent catching up on existing work or taking on new tasks. And nearly two-thirds say they’ve taken less time off than they did this time last year. Check out the full American Worker Survey here.

BIDEN REVIVES “BUY AMERICAN” AFTER TRUMP’S FORAY FIZZLES — Our Doug Palmer: “Trump’s promise to use the power of the federal pocketbook to boost U.S. manufacturing has fallen far short of the job bonanza many hoped. Now … Biden hopes to win back blue-collar voters who deserted Hillary Clinton in the 2016 election with a four-year plan to spend $400 billion on federal government purchases of an array of American-made goods.”

“Neither Lilly nor the National Institute of Allergy and Infectious Diseases, which is sponsoring the trial, have described the safety issue that prompted the decision to pause the study. … The late-stage study is examining whether Lilly’s antibody, known as bamlanivimab, could help hospitalized patients.”

G-20 MEETUP MAY HEAT UP — Our Bjarke Smith-Meyer: “Digital taxation, stablecoins and debt relief are on global policymakers’ docket this afternoon, when central bankers and finance ministers from G20 countries connect for a four-hour virtual meeting.

Rising coronavirus infection rates have forced the G-20 gathering online, instead of gathering in Washington on the sidelines of the World Bank and International Monetary Fund annual meetings.

STOCKS END LOWER — AP’s Stan Choe and Alex Veiga: “Banks and technology companies led a broad slide for stocks on Wall Street Tuesday, snapping the market’s four-day winning streak. The S&P 500 lost 0.6 percent, giving back some of its gains from a day earlier. The pullback in stocks comes as many forces are pushing and pulling on markets simultaneously.

“Coronavirus counts are rising at a worrying degree in many countries around the world, and Johnson & Johnson said late Monday it had to temporarily pause a late-stage study of a potential Covid-19 vaccine ‘due to an unexplained illness in a study participant.’”

“Mr. Biden spent 36 years as a senator from the credit-card and corporate mecca of Delaware, where he built relationships and a voting record that provided ammunition for his opponents during a bruising Democratic presidential primary. Now, he is edging left on a range of issues from student debt to stock buybacks, leaving both progressives and Wall Street Democrats guessing whose side of the financial-regulation fight he is on.”

JPMORGAN, CITIGROUP SIGNAL THAT ECONOMY ISN’T OUT OF THE WOODS — WSJ’s David Benoit: “A curious thing happened in the middle of the coronavirus crisis: America’s biggest bank posted a higher profit than it did a year ago, before the pandemic ravaged the economy.

“JPMorgan Chase & Co. said Tuesday that third-quarter profit rose 4 percent from a year ago, beating Wall Street estimates. Citigroup Inc., too, delivered better-than-expected results. Taken together, the two banks’ third-quarter results show that businesses and consumers held up surprisingly well in the months since the pandemic plunged the U.S. into recession. But the leaders of both banks warned that the economy isn’t out of the woods.”

NEW THIS MORNING — The Economic Innovation Group (EIG) released the Distressed Communities Index (DCI), a report that maps community well-being across the country down to the zip code scale. 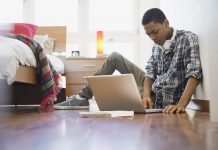 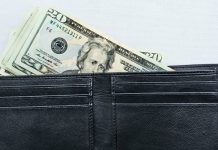 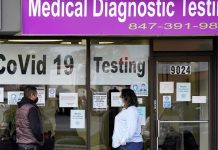 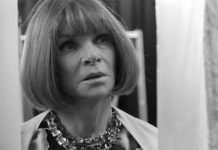 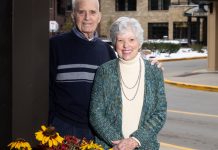 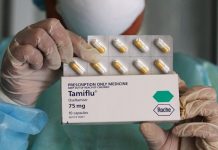 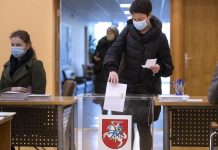