It was the five-hour mark when the tech gods finally pulled the plug.

The gremlins were caused not by Covid-enforced video conferencing from some far-flung location but a simple breakdown in the committee room. By then the hearing on Capitol Hill in Washington had become background noise.

Barrett and the Republican senators backing her have to pretend she is a tabula rasa, as ideologically blank as the notepad in front of her when it comes to deciding cases about abortion, healthcare, same-sex marriage or myriad other issues.

So when the audio system cranked back into gear, Blumenthal of Connecticut asked if a ruling that barred states from criminalising contraceptive use was rightly decided. Barrett declined to say so.

And when Blumenthal asked about her views on the climate crisis, she parried: “Senator Blumenthal, I don’t think I am competent to opine on what causes global warming or not.”

Had he asked whether the president is allowed to stand in the middle of Fifth Avenue and shoot somebody, there is no guarantee that Barrett would have given an unambiguous answer.

In fairness, she was merely applying the “Ginsburg rule”: the late justice Ruth Bader Ginsburg’s dictum that nominees to the court should offer no hints, no previews, no forecasts.

Or as the law professor Elena Kagan put it 25 years ago: “Hearings have presented to the public a vapid and hollow charade, in which repetition of platitudes has replaced discussion of viewpoints and personal anecdotes have supplanted legal analysis.

Barrett, however, is taking the Kabuki dance to new extremes. She remained evasive even when Democrats asked about Donald Trump and his evident belief that she would take his side, just as he demanded “loyalty” from the former FBI director James Comey and other public servants.

Patrick Leahy, whose 46 years in the Senate include 20 supreme court nominations and 16 confirmation hearings, won a minor concession when he asked: “Would you agree, first, that nobody is above the law? Not the president. Not you. Not me. Is that correct?”

Barrett acknowledged: “I agree no one is above the law.”

“So because it would be opining on an open question when I haven’t gone through the judicial process to decide it, it’s not one on which I can offer a view.”

Amy Klobuchar of Minnesota noted that Trump has been undermining confidence in mail-in voting and pointed out that Barrett would join the supreme court justices John Roberts and Brett Kavanaugh, who all worked on behalf of Republicans in matters related to Bush v Gore, the case that decided the 2000 election.

“Do you think that’s a coincidence?” Klobuchar asked.

Barrett said: “Senator Klobuchar, if you’re asking me whether I was nominated for this seat because I worked on Bush versus Gore for a very brief period of time as a young associate, that doesn’t make sense to me.”

Klobuchar: “I just think it’s such a coincidence to me. I actually didn’t know it until yesterday.”

As the hours ticked by, Barrett, with a water bottle to her right, remained calm under fire. There was one slip of the tongue that many could sympathise with: “Senator Whitehouse, I will approach every case with an open wine – erm, open mind.”

For their part, Republicans maintained the illusion that law and policy are clinically separate, that there are no Obama judges or Trump judges, even though the current president publishes shortlists during election campaigns and vows to nominate only those hostile to reproductive rights.

But at least twice, the mask slipped. Lindsey Graham, chair of the Senate judiciary committee, boasted: “This is the first time in American history that we’ve nominated a woman who is unashamedly pro-life and embraces her faith without apology. And she’s going to the court. A seat at the table is waiting on you.”

Josh Hawley of Missouri also said the quiet part aloud: “I think it’s only fair that I ask whether, hypothetically speaking, just hypothetically, if there were, let’s say, a vice-president of the United States who hypothetically had an adult son, who might have a foreign oligarch, who then sold access to his father, the vice-president, and his father intervened in a case to make sure that oligarch wasn’t prosecuted, would that violate the foreign corruption the constitution is concerned about?”

It was a crude invitation to bash Joe Biden and his son Hunter. At least Barrett was consistent. “I can’t answer hypotheticals,” she said.

Such indiscretions apart, Republicans seemed confident that Barrett is cruising towards confirmation as a conservative star of the court for decades to come. Democrats, who realise the same thing, are using their time to highlight that she would be a bulwark of minority rule and therefore defeating Trump in next month’s election is an even bigger priority.

And so the hearing had settled into first world war-style trench warfare. There were occasional bursts of shelling and sniper fire but little sign of a major offensive capable of breaking the deadlock. Republicans reckon that their line of questioning will win the battle; Democrats believe that theirs will win the war. 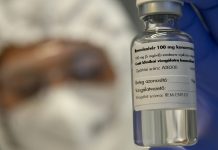 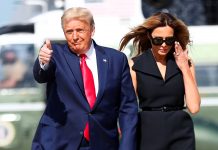 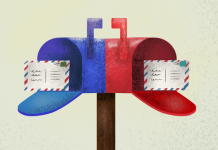 Write A Note Across The Political Divide. What Do You Wish They Understood? 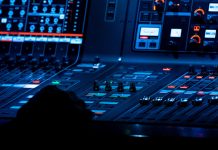 What Are the Rules for Trump and Biden’s Last Debate? 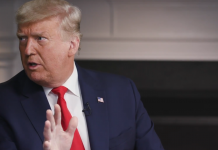 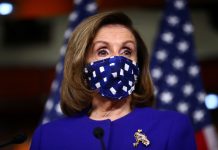 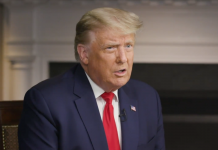 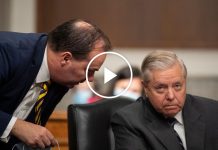 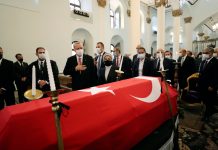