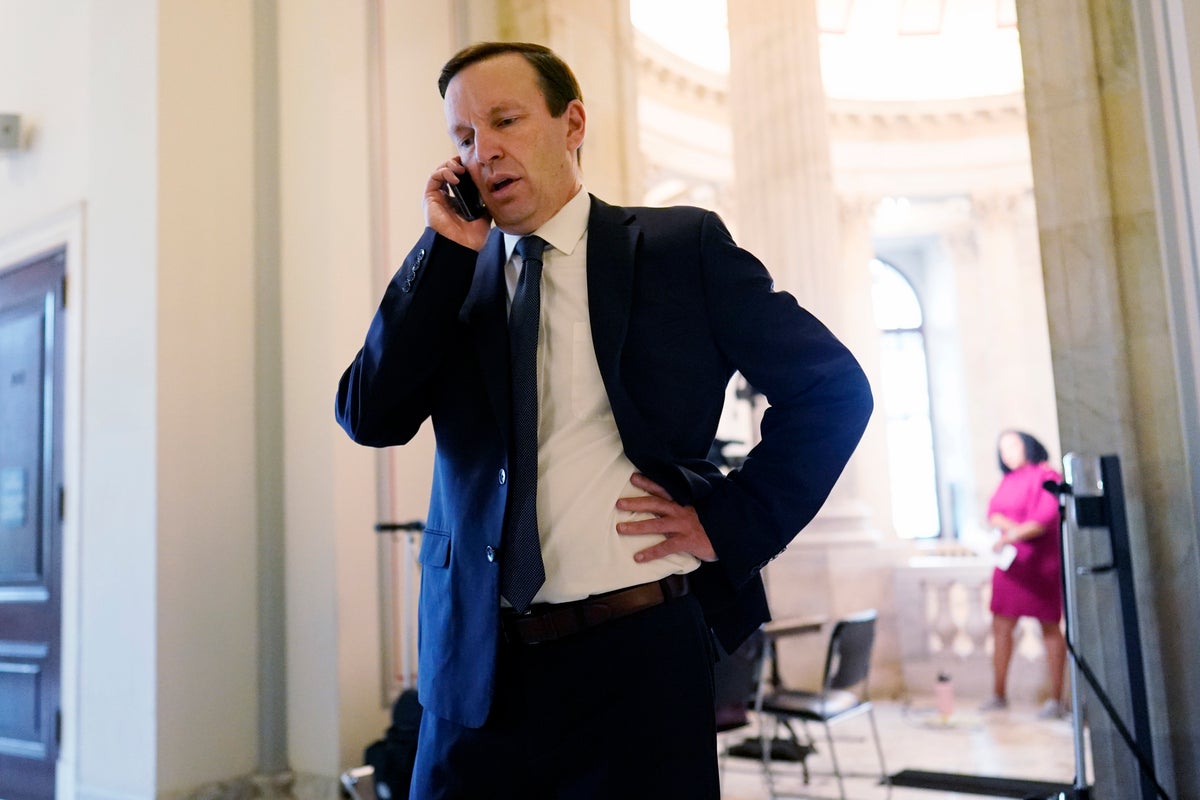 A Connecticut senator who won praise last week for his passionate response to the Uvalde shooting on the Senate floor now says he thinks Republicans are willing to come to the table and discuss reforms to tackle mass shootings.

Sen Chris Murphy joined CBS’ Face the Nation on Sunday and told host Margaret Brennan that he’s seeing more interest from Republicans in pursuing bipartisan reforms than at any point in his career since the deadly Sandy Hook shooting in his home state under the Obama presidency.

“Republicans are not willing to support everything that I support, like banning assault weapons, but I really think that we could pass something that saves lives and breaks this logjam that we’ve had for 30 years,” he told Ms Brennan.

More GOP senators like Susan Collins, who expressed support last week for red flag laws, are “coming to the table” than they have at any recent point, he added.

And the Democratic senator added that he was willing to compromise on issues that Democrats have been hesitant to embrace, like more law enforcement officers in schools, to persuade Republicans to make concessions of their own.

The senator could “vote for some things that harden our schools that make me a little uncomfortable, frankly, if Republican are willing to vote to tighten up the nation’s firearms laws in a way that they have been unwilling to do previously,” Mr Murphy told CBS, adding: “That’s the nature of a compromise.”

Other senators have expressed similar optimism in recent days, while Senate Majority Leader Chuck Schumer has said that the chamber will vote on gun legislation with or without GOP support. Maine’s Susan Collins, South Carolina’s Lindsey Graham and others are reportedly huddling over the recess which began at the end of last week with the intent of reaching a compromise; currently on the table is a federal grant program that would incentivise states to pass red flag laws, according to news reports.

Some veterans of the chamber like Maryland’s Ben Cardin have been hesitant to say that progress is likely. Mr Cardin told Fox News Sunday that “the urgency is there”, while adding that he wasn’t sure any legislation would make it through the closely-divided chamber.

“Well, the jury’s out on that,” he told Fox. “We’ve tried on so many different issues and have not been successful even to start debate, whether we deal with gun safety issues or we deal with immigration or we deal even with small business. We’ve not been able to get 10 senators to allow us to even start debate. So we’re going to have to wait to see.”

Red flag laws differ from background checks (which are another area of potential compromise, according to reports) in that they rely on family members, loved ones or members of law enforcement to request court orders restricting firearm ownership if a person is thought to be a danger to themselves or others. The laws are already in effect in nearly two dozen states, but Texas does not have one on the books.

At least one student who knew the Uvalde suspect is known to have shown concerns about the shooter’s potential intent to carry out a mass shooting before it occurred.