Powered — that most definitely is the word — by Michael Balogun’s blistering performance, Clint Dyer and Roy Williams’ dynamic solo play “Death of England: Delroy” is the latest and most singular theatrical victim of Covid-19. Why? Because its press night at the National Theatre was also its closing night, arriving as it did on the eve of England’s second lockdown. Most shows shuttering on their opening night sink mercifully without trace, but “Death of England: Delroy” will, without a doubt, rise again.

Written before the death of George Floyd and the worldwide surge of the Black Lives Matter movement, Dyer and Williams’ drama about Black British identity has twinned antecedents.

It was written as a response to their acclaimed monologue “Death of England,” which premiered at the National’s Dorfman Theatre in February and in which Rafe Spall played Michael, a white working-class man trying to come to terms with the death of his father who suffered a heart attack while watching the semi-finals of the World Cup. Fueled by pain, drink and drugs, Michael let rip at everyone, especially his Black best mate, Delroy.

The seeds of Delroy’s character were also sown in “Dim Sum,” Dyer’s video short produced by the theater company Headlong and the Guardian newspaper on the subject of Europeans. Brexit-voting Delroy was seen reflecting upon his job as a bailiff as he cleared out the home of a distressed white family who couldn’t pay their bills, and who looked on as he stripped their house of their possessions.

Patches of the film’s dialogue, not least “I’m as European as Dim f—ing Sum,” make their way into this piece, which darts deftly back and forth but basically follows the terrible day which put “the real in surreal” as Delroy suddenly races off a bailiff job to get to the hospital where his white girlfriend Carly (Michael’s sister) is giving birth prematurely to their baby daughter.

The National’s Olivier Theatre, previous an amphitheatre, has been newly configured to an in-the-round space so as to safely distance the audience, reducing capacity down from 1,129 seats to 500. In the midst of this, designers Sadeysa Greenaway-Bailey and Ultz have constructed raised cruciform walkways papered red to resemble the English flag of St. George.

Crouching, prowling and commanding the space, Balogun is by turns defiant, confiding, fierce and defenseless, all with a tightly focused, high-energy performance that zips along, driving Delroy’s many-voiced narrative at the speed of thought. Indeed, part of the strength of Dyer’s own taut direction is his refusal to allow either his actor or the audience any slack.

But for all the anger in Delroy’s story as he is unnecessarily and viciously accosted by police at a tube station, then arrested and thrown into a cell, the story is told with often self-deprecating and highly welcome wit. Humor is just one of the ways both writing and production keep audiences onside by means other than the default earnestness that often besets plays demanding direct political sympathy.

Better yet, although the “Death of England” of the title suggests an agenda on the part of the writers, something never far from Williams’ work, Dyer’s input raises the game with highly welcome, less naturalistic word-spinning and timeslips. And, for the most part, the writers retreat from editorializing, although the final part doesn’t fully escape that charge.

Part of the play’s success is that Delroy’s politics are unexpected. Born in Britain to immigrant parents, he sees himself as proudly British. But the collision between his treatment at the hands of the police and the impact of Michael’s attack on him — “You might act like us, you might sound like us but you will never be one of us and deep down you know it” — forces him to re-evaluate who he is in a predominantly white society as a Tory-voting young black man.

Press night was delayed by several days because the original actor, Giles Terera, was forced to quit early in rehearsals due to an appendicitis. Terera, the first Burr in London’s “Hamilton,” is an actor with compelling energy. It is to Balogun’s credit that, as Terera’s suddenly promoted understudy, his utterly different, light-footed and pugilistic physicality feels like a perfect fit throughout.

The press night performances was captured on video. The National will surely either make that available online or bring the show back as soon as theaters return. Or both. 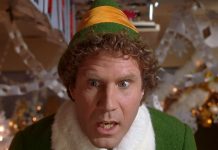 How To Watch Elf Streaming – December 2020 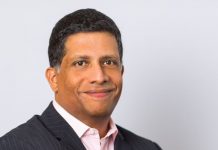 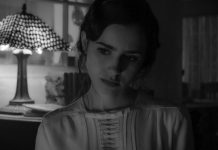 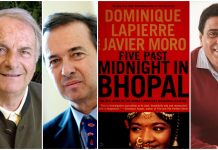 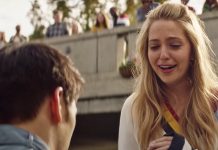 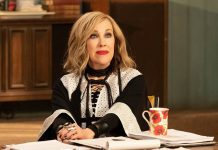 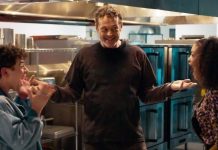 Does Vince Vaughn Prefer Playing A Teenaged Girl Or A Serial Killer In Freaky?