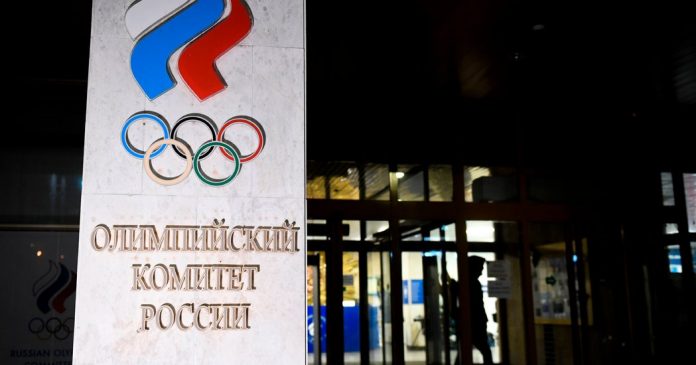 The letters arrive at the Court of Arbitration for Sport almost every day now. Sometimes there are more than one.

Much of the correspondence comes from the Russian Olympic Committee, which is asking the court to overturn, or reduce, the four-year ban from global sports it received late last year from the World Anti-Doping Agency. But there are also letters from organizations with an interest in the outcome, and from others widely viewed as friendly to Russia: ice hockey’s governing body, for example, and the European Olympic Committees and the Global Association of International Sports Federations, an influential umbrella group for governing bodies and event organizers.

For weeks now, the senders have peppered the court with so-called interventions related to Russia’s case — questions about procedure, requests for clarification, routine process queries. But according to people familiar with the correspondence, the volume has slowed the arbitration process so much that the prospect of the Russian doping scandal bleeding into a third straight Olympics is growing.

Without a final verdict from CAS, the top sports court, it may be impossible to enforce Russia’s ban — imposed after the country was accused of running the biggest doping scandal in sports history, and then trying to cover it up — at the Tokyo Olympics this summer.

CAS said on Thursday that the panel of arbitrators overseeing the case had agreed to add five organizations and various individual Russian athletes as intervening parties.

“A procedural timetable for the filing of written submissions has been established and will run until mid-April 2020,” CAS said in a statement.

“Directions with respect to the holding of a hearing will be issued at a later stage,” it added, saying it would not take place before the end of April 2020, and would not be held in public.

For now, CAS has provisionally set aside five days for a hearing that could take place between April 26 and May 8. But those dates could slip further as the interventions to the court mount.

“Procedural aspects may delay the substantive part of the case,” said Gregory Ioannidis, a British sports lawyer who has been involved in several cases at CAS. A final decision could take as long as four months after the hearing, he said — potentially pushing a resolution well past the start of the Games in late July.

Russia is being represented by Schellenberg Wittmer, a law firm based in Geneva that has defended several Russian athletes accused of doping. Philippe Bärtsch, a managing partner at the firm who has represented Russia in doping cases, did not respond to an email seeking comment.

The World Anti-Doping Agency and the International Olympic Committee also declined to comment.

Without a resolution, Russian officials, Russian uniforms and the Russian flag could be permitted in Tokyo, and the I.O.C. would face another fraught and fractious buildup to a Games because of the seemingly endless fallout from a scandal that is now in its fifth year.

Before the start of the Rio de Janeiro Olympics, and only months after word of Russian cheating at the 2014 Sochi Games became public, the I.O.C. president, Thomas Bach, told international sports federations to make their own decisions on the eligibility of individual Russian athletes. Two years later, at the Winter Games in Pyeongchang, South Korea, the I.O.C. decided to bar the Russian Olympic Committee and any symbols related to the country. That didn’t stop Russia from sending one of its biggest contingents to a Games, with its participants competing under the label “Olympic Athlete From Russia.”

Some national Olympic committees, including Britain’s, were furious with the accommodation.

“Our support is for the fullest possible sanctions to be taken against Russia at Tokyo 2020,” Hugh Robertson, the chairman of the British Olympic Association, said in December after WADA decided against imposing a blanket ban on Russian athletes. “At the Pyeongchang 2018 Olympic Games, Team G.B. athletes competed against a Russian team in all but name. This should not happen again.”

The current punishment against Russia, which on paper is the strictest ever issued, was imposed after the World Anti-Doping Agency determined Russian officials had manipulated and erased data that might have finally allowed doping investigators to confirm the identities of potentially hundreds of drug cheats.

The punishment stipulated that Russia could not have a team at the world championships of any major sport and would also be barred for two Olympics, though it left open the possibility that individual Russian athletes could still compete.

Failure to make a decision before the Tokyo Games would therefore create further confusion, with I.O.C. officials suggesting handling the matter would be in WADA’s hands and WADA officials believing entrance criteria should be determined by the I.O.C. as the Games’ organizer. Both organizations declined to comment.

If the ban is not upheld in time for Tokyo, any ruling confirmed later would affect the Paris Olympics in 2024, as well as the 2022 Winter Olympics in Beijing.

“I don’t know which situation is better in this quite bad situation,” Margarita Pakhnotskaya, the deputy general director of Russia’s banned antidoping agency, said in a telephone interview. “It’s like having to choose between something quite bad and something worse.”

Pakhnotskaya said the continuing uncertainty was becoming problematic for Russian athletes who could be permitted to attend the Games. While WADA punished Russia — its national Olympic committee and government officials are barred from the Games, pending the appeal — it stopped short of a blanket ban on all Russian athletes, sparking criticism from sections of the antidoping movement. The criteria for those athletes who could be eligible have yet to be agreed upon, Pakhnotskaya said, and any lengthy delay in a final judgment could lead to them failing to meet the required standards.

“A few weeks and days are not enough days to fulfill criteria,” Pakhnotskaya said, calling the current situation “confusing.”

The International Ice Hockey Federation has close ties to Russia, where it hosts several events, and its president, René Fasel, has been supportive of the country, even suggesting he was considering taking up a post there once his term ended later this year.

A spokesman for the hockey federation said its involvement was limited to the impact any penalties would have on its operations, and not the merits of the case.

Kocijancic claimed he had seen “no evidence” that suggested the Russian Olympic Committee had done anything wrong. “We therefore wish to see justice prevail, and that all those who are guilty of doping offenses be punished without exception, while all those who are innocent be spared punishment,” he said.