As far back as their first collaboration, on Tsai’s 1992 “Rebels of the Neon God,” Lee has been afflicted by incurable neck pains, which the director incorporated into his movie “The River” five years later. “Days” could be seen as a variation on Pedro Almodóvar’s recent “Pain & Glory,” which dealt with human frailty and tentative homosexual connection in its own way — although that film, Almodóvar’s masterpiece, seemed restrained compared to the rest of his oeuvre, it’s positively exuberant in comparison to Tsai’s brand of minimalism.

“Days” is no masterpiece, but its cause for celebration all the same, at least among fans of the slow-cinema auteur, who’d announced at the 2013 Venice Film Festival that “Stray Dogs” would be his final feature. At the time, Tsai told journalists that he was weary, exhausted by the effort of making movies that, to the “my kid could paint that” crowd (i.e. the untrained eye), look deceptively simple: long static shots of high-resolution tableaux whose visual interest often springs more from HD texture and low-key subtext than anything that happens within the frame.

“Retirement” was probably never the right word for the shift that Tsai’s career took at that point.
He never stopped shooting; he merely shifted his focus, concentrating more on virtual reality and short-form projects for art institutions, while embracing and experimenting with the relative versatility of HD cameras — tools which may as well have been invented with his aesthetic in mind and which, according to a critic writing for the BFI site last year, “pointed to the durational potentiality of Tsai’s cinema in a newly digital idiom.”

Through it all, the director continued to collaborate with Lee, his heterosexual leading man, who’d often served as a kind of onscreen proxy for the openly gay director, and who had since taken to playing a silent monk slow-walking through modern society. Now, Tsai’s reappearance in competition at the Berlin Film Festival proves that he’s still in fine form, even if the same seems markedly less true of Lee, whose physical discomfort has become more acute for the actor (likely compounded by a minor stroke he endured in 2014).

In a sequence of potentially patience-testing shots, some nearly 10 minutes in length, Tsai observes Lee in states of loneliness, calm and tentative human connection. Standing in his overgrown back yard, he pinches his carotid artery and forehead. Walking (at a normal pace, not his signature slow-motion) through crowded streets, he wears a neck brace and winces. In the film’s first proper “scene” — likely unscripted, given its documentary quality — Lee seeks some kind of nontraditional healing to relieve the pain in his neck, undergoing some combination of acupuncture, mugwort burning and electrical stimulation therapy.

But is it really a happy ending if these two must go their separate ways? In a gesture of tenderness that follows this encounter, Lee’s character gives Houngheuangsy (a handsome newcomer, making his acting debut) a tiny music box, one that plays the theme Charlie Chaplin composed for “Limelight.” Lee watches as the masseur leaves the hotel room, lets the door close, then chases after him. From across the street, Tsai watches as they share a meal, their words left inaudible and untranslated — no surprise, since the movie opened with the words, “The film is intentionally unsubtitled.”

Not everyone can stand the pace or deliberate ambiguity of Tsai’s approach. I can’t — not usually, at least. At the risk of being branded a charlatan among cinephiles, I’ll admit that 20 years back, when I first encountered Tsai’s films on DVD, I tried to watch them on fast-forward — which I’ve come to understand, is to miss the point altogether. Tsai’s movies aren’t about plot so much as they are about state of mind, mood and temporality itself.

I confess my incapacity for his particular strain of slow cinema for two reasons: First, to let audiences know that it’s OK to be frustrated by — you’re not alone. And second, so you might appreciate what it means that “Days” worked on me. Instead of leaning in, as I’m wont to do with challenging movies, I settled back into my chair and let the rhythm wash over me, lull me into its relaxing embrace. Others at the Berlinale press screening gave up and walked out, but those who remained took it as a kind of therapy from the outside world. We fell into the daze of “Days,” which isn’t deep, but distracting from our own physical aches and isolation. 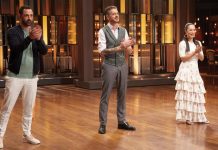 Television and Film Production in Asia Slowly Opens Up 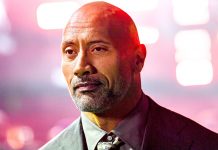 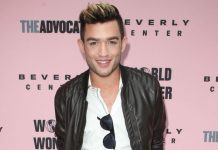 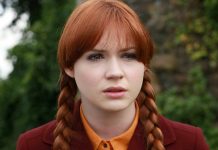 Karen Gillan: 7 Fascinating Facts About The Marvel And Doctor Who Star 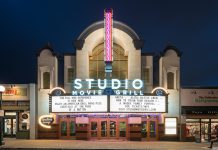 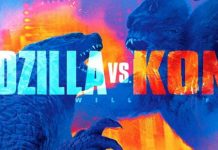 Why Godzilla Vs. Kong Is Rated PG-13