Fifty years after a young David Bowie performed from a south London bandstand in front of a tiny crowd at a summer festival he organised, the historic iron structure that served as his modest stage has been Grade II-listed.

Known to fans as the “Bowie bandstand”, and thought to be the only surviving example from the Glasgow-based McCallum and Hope iron foundry in the UK, it was the centrepiece of the Growth summer festival, held by Bowie and friends on 16 August 1969 in Beckenham.

The one-day event attracted only a couple of hundred people. Bowie, then living with landlady Mary Finnigan in Beckenham, had just released his first hit single, Space Oddity.

The hope was that the festival, in the Croydon Road recreation ground where the bandstand has stood since 1905, would raise money for a permanent base for his and Finnigan’s Beckenham Arts Lab project, based in the nearby Three Tuns pub.

The festival inspired Bowie to write Memory of a Free Festival for his second album released later that same year, and it has been suggested that he penned the lyrics to Life on Mars from the bandstand’s steps.

After that August day when, Bowie’s lyrics record, “The children of the summer’s end gathered in the dampened grass”, the bandstand fell into disrepair.

It is now being renovated, with the costs being met partly through the local council and through fundraising at an annual festival. Held over several years in the same park and now known as Bowie’s Beckenham Oddity festival, it celebrates the life and legacy of the star, who died of cancer in January 2016, aged 69.

On Saturday, to mark the 50th anniversary of the event, some of the original lineup are returning,

Singer-songwriter and acoustic guitarist, Keith Christmas, 72, who performed then, recalled: “I was 21, and David Bowie was around the same age, and it was a very idealistic time. I thought it was quite a cold day, but everyone else says it was a warm day, so that gives you an idea of how much I remember.

“But I remember the bandstand. And in those days we perched on these high stools. If you look at some of the photos you can see that there is a large bar stool. It was meant to look cool. But you couldn’t get comfortable. You’ve got one leg stuck out, one leg stuck in, and you can’t keep time with your foot properly.

“I did my thing. And David did his. I don’t think anyone thought anything of it, but then no one thought he was going to be a global phenomenon,” he said.

“I reckon there were about 100 there. It was a sparsely attended crowd but very nice and laid back.”

Christmas played on the Space Oddity album. During his career he also supported acts including the Who, King Crimson and the Kinks, and performed at the first Glastonbury in 1970. After later becoming a teacher, he has returned to music in his retirement, with a new album Life, Life out in September, and will perform on Saturday playing the same Fender Palomino guitar he used on that day 50 years ago.

Bowie fan Wendy Faulkner, the organiser of the Bowie’s Beckenham Oddity festival, said the singer had been aware of the fundraising to restore the bandstand. “In 2013, on his last trip over to the UK, he took his wife and daughter around certain parts of Bromley and London, to places which were special to him. And he came back to the bandstand,” she said.

The listed status was important, she added. “His career started to take shape in Beckenham. And he started to write his song Life on Mars from the very steps of that bandstand.”

Other original performers at the Growth festival, who are returning to mark the 50th anniversary this weekend, include singer Bridget St John, David Cousins from the Strawbs, and the US musician Amory Kane.

Duncan Wilson, the chief executive of Historic England, said: “Walking past this typical yet characterful bandstand, you probably wouldn’t expect it was once the stage for a young man who would become one of the most iconic musicians of the 20th century.

“It is a rare survival from a historic iron foundry in its own right, but its significance as a site that inspired David Bowie shows us how powerful our historic places can be and how important it is that we protect them so they will continue to inspire people for years to come.” 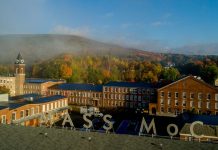 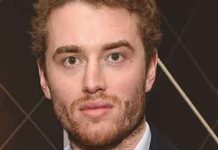 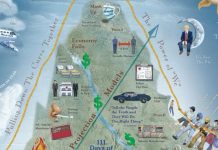 Have we entered the era of Cuomoceptualism?

Your living room's a stage: the best arts, crafts and theatre for kids in lockdown 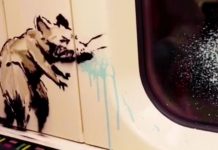 Researchers turn to art for clues about changing fruit and veg

From logician Kurt Gödel to Turkish film and literature: Fatos Ustek on her biggest cultural influences 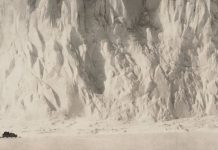