Samuel Goldwyn Films has debuted the first trailer for the upcoming psychological horror-thriller Daniel Isn’t Real led by Patrick Schwarzenegger (Midnight Sun) and Miles Robbins (Halloween) offering a terrifying look at how an imaginary friend can be one’s one worst enemy. Check out the Daniel Isn’t Real trailer in the player below!

Troubled college freshman Luke (Robbins) suffers a violent family trauma and resurrects his childhood imaginary friend Daniel (Schwarzenegger) to help him cope. Charismatic and full of manic energy, Daniel helps Luke to achieve his dreams, before pushing him to the very edge of sanity and into a desperate struggle for control of his mind — and his soul.

The film, directed by Adam Egypt Mortimer on a script from Mortimer and Brian DeLeeuw based on the latter’s book “In This Way I was Saved,” the film also features American Honey and Hellboy star Sasha Lane, Dirk Gently’s Holistic Detective Agency vet Hannah Marks, The Bling Ring‘s Katie Chang, Blindspot alum Mary Stuart Masterson and When They See Us‘ Chukwudi Iwuji.

Daniel Isn’t Real is produced by Elijah Wood (Lord of the Rings), Josh Waller and Daniel Noah through their banner SpectreVision (Mandy), as well as Lisa Whalen and ACE Pictures. The film premiered earlier this year as South by Southwest to rave reviews from critics.

RELATED: See The Main Cast Of Netflix’s Let It Snow In New Poster 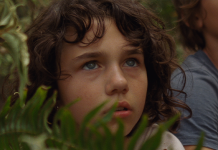 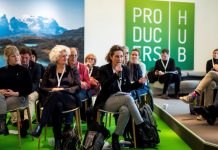 Asante Blackk Remembers Ja’Net DuBois: ‘She Was a Huge Ball of Light That Lit Up The Stage’ 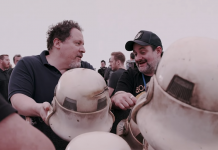 ILM Gives Behind-the-Scenes Look at Production of The Mandalorian 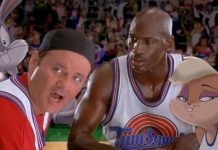 Berlin’s Female Filmmakers Demand Funding Overhaul: ‘Without Money, We Can’t Do Anything’

‘The Blacklist’ Renewed for Season 8 at NBC 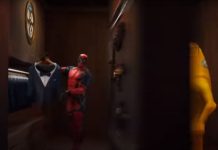 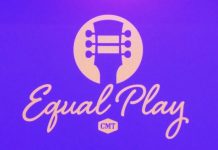