A campaign waged against Netflix over “Cuties” and the film’s sexualized portrayal of children produced a surge in U.S. subscription cancellations over the weekend, according to research company YipitData.

Netflix subscriber churn rates began to rise Sept. 10, the day after the release of “Cuties” on Netflix, when the hashtag “#CancelNetflix” was in the top-trending spot on Twitter, according to data compiled by YipitData.

On Saturday, Sept. 12, Netflix’s cancellation rate in the U.S. jumped to nearly eight times higher than the average daily levels recorded in August 2020 — reaching a multiyear high, the data-analytics provider told Variety. With the #CancelNetflix hashtag continuing to trend on social media, it is possible elevated churn could continue in the coming days, according to the firm.

It’s unclear, however, how big an impact that will have on Netflix’s overall subscriber base; YipitData does not have estimates on the number of cancellations. Customers regularly drop Netflix and other subscription services (a metric referred to as “churn”), and the YipitData numbers may ultimately reflect a short-term blip in U.S. cancellations that is relatively minor in a grand scheme of things. As of the end of June, the company tallied 193 million paid streaming customers worldwide. That’s after Netflix netted about 25.9 million new subscribers worldwide in the first six months of 2020, with the coronavirus pandemic spurring record signups.

New York-based YipitData, which sells information to institutional investors, aggregates and analyzes data sets that track the behavior of millions of U.S. consumers including from panels for email receipts, online transactions, app data, and web traffic.

Netflix has defended “Cuties,” written and directed by award-winning French filmmaker Maïmouna Doucouré, arguing that it is a “social commentary” that makes the case about the dangers of sexualized imagery of young girls. The streamer has urged those who have denounced the film to watch it.

“Cuties” follows an 11-year-old Senegalese girl living in Paris who joins a “free-spirited dance crew” (called “the Cuties”) to rebel against what she perceives as her family’s oppressive traditions. In the film, the conflicted protagonist, Amy, and the Cuties perform dance routines in which they simulate sex, and in the scenes the camera shots focus on their crotch areas. It also portrays preteen characters in other sexual situations; for example, in one scene, Amy takes a picture of her genitals and then posts the photo on social media (although no explicit images are shown).

Doucouré, speaking Monday on a panel hosted by French cinema promotional org UniFrance, said that her film shows why it is necessary to create solutions addressing the “hyper-sexualization of children” that occurs via social media across the globe.

“We need to protect our children. What I want to is to open people’s eyes on this issue and try to fix it,” she said.

The film has been among the top-viewed movies on Netflix since its release, undoubtedly fueled by the controversy surrounding it. On Tuesday, Sept. 15, “Cuties” was the No. 4 most popular film in the U.S. on Netflix, behind animated kids’ movie “Pets United,” documentary “The Social Dilemma” and horror film “The Babysitter: Killer Queen.” That Netflix ranking is based on how many members watched at least two minutes of a title.

In August 2020, Netflix caused an uproar after its released a promotional poster for “Cuties,” depicting the young cast members in provocative poses. The company apologized for the “inappropriate artwork” and said it was not representative of the film. “The controversy started with that artwork,” Doucouré said Monday. “The most important [thing] is to watch the film and understand we have the same fight.” 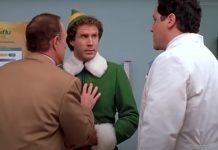 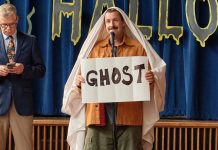 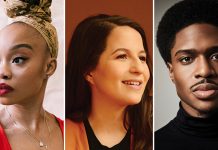 Variety to Celebrate Broadway to Watch of 2020 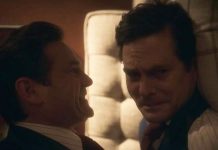 Netflix’s The Trial Of The Chicago 7 Trailer: Aaron Sorkin’s Latest Has An A+ Cast 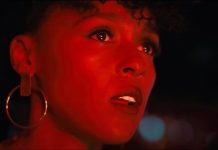 Antebellum Ending Explained And Why That Wild Twist Makes Sense