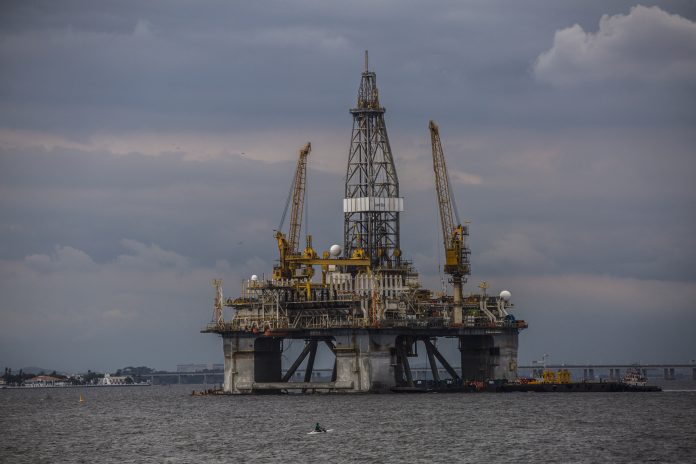 A kayaker passes in front of an offshore oil platform in the Guanabara Bay in Niteroi, Brazil, Saturday, Feb. 1, 2020.

The oil markets are enduring a twin shock of demand destruction caused by the coronavirus pandemic and the Saudi-Russia price war that is flooding markets with extra supply.

With the demand now forecast to plunge 15 million or 20 million barrels per day, a 20% drop from last year, analysts say massive production cuts will be needed beyond just the Organization of the Petroleum Exporting Countries (OPEC).

“OPEC, Saudi Arabia and Russia could mend their differences, but there’s not that much OPEC could do….The demand shock from COVID-19 is just too big,” said National Australia Bank’s head of commodities research, Lachlan Shaw.

“The reality is global storages will fill up in a couple of months if nothing changes, and that will have all sorts of disruptive impacts on pricing.”

The coronavirus pandemic, which has killed about 32,000 people and sickened more than 500,000 worldwide, has brought the worldwide aviation industry to a standstill and put roughly 3 billion people on lockdown to limit the spread of the virus.

The staggering fallout of the virus has swiftly eroded gasoline demand.

In recent days prices for crude oil at key locales such as Midland, Texas, have traded at several dollars less than U.S. futures, an indication that companies there are anticipating a flood of supply. Some obscure grades of crude stranded at the end of pipelines have even fetched negative prices.

“From a physical point of view, it’s really bleak,” Shaw said. “You need a strong signal to tell suppliers this is a pretty diabolical situation.”

U.S. oil production is currently running at roughly 13 million barrels per day, a record, but is expected to drop by more than 1.4 million bpd by the end of the third quarter 2021.

This past week, the Baker Hughes rig count fell by 40, the most since 2015, as companies swiftly pull in spending. Most global majors have announced plans to cut back on capital expenditures and hundreds have already been laid off in anticipation of oil prices falling through the $20-per-barrel mark.