A very warm welcome to all new solvers and readers. If you have picked 2020 as the year to get hooked on cryptic crosswords, we are here for you.

For beginners: I have been asked to collect in one place all of the friendly explainers we have done on how cryptic clues work – and here it is.

The Guardian stable has two puzzles that aim to let beginners win after a small and enjoyable struggle: the quiptic and Everyman.

Next, allow me to show you around.

The news in clues

We usually kick off with some topical clues from across the broadsheets, often wry observations about what is going on in the rest of the paper.

We won’t be doing that today.

Instead, hereare a couple of clues from recent themed puzzles. And for each, there is an explanation of both halves of the clue (cryptic clues offer, in either order, a definition of the answer and a little recipe for its letters).

The setter Picaroon (whom we interviewed here) has a recent prize puzzle in the Guardian – you can also peer at its annotated solution – which announced its theme in the entry down the middle:


15d Suppose clothing involved beret, bar extras (there are ten here) (5,5)
[ wordplay: synonym for ‘suppose’ going around (‘clothing’) anagram of (‘involved’) BERET ]
[ GUESS going around TBEER ]
[ definition: bar extras (plus an explanation that the puzzle has a theme!) ]

There you have a definition of GUEST BEERS and some wordplay to get you to the same phrase. And knowing that 10 of the other entries are also the names of beers is a little extra help. Picaroon is also a novelist – that won’t help with the solve, but it’s good to know.

(Incidentally, the Guardian – among, I suspect, other newspapers – is pausing the arguably non-essential business of sending out prizes for prize puzzles such as this one.)

And here’s a clue from the Financial Times’ Gozo (whom we interview here):

The wordplay is based on MESSI; the entry is MESSIAH. That is not part of the theme; if you print the puzzle out, you will see that all the across entries are examples of … something. I’ll leave it at that. Incidentally, Gozo is also the Spectator’s puzzle editor. Again, you don’t need to know that, but it’s nice to be able to picture these people as … actual people.

Around these parts on a Monday, we next tend to find some entry or part of a clue that is an interesting or pleasing word. For example, here’s Qaos (whom we interviewed here) with a clue in the Guardian:

… for the entry RAT. It’s no great mystery why an informer might be called a rat, but grass? First, there was “shop”, in the 16th-century sense of having someone imprisoned. Then a person who might cause that imprisonment to happen was a “shopper”. Next comes our old friend Cockney rhyming slang, changing “shopper” to “grasshopper”, finally shortened to “grass”.

And at this point, we turn our attention to our cluing competition. This time, we are looking for clues for another piece of unmoored Cockney slang. Apparently from “plinkety-plonk” for “vin blanc”, reader, how would you clue PLONK?

Thanks for your clues for TORTILLA. Thank you also for the reasons as to why “tortilla” means so many different things. Beginners, feel free to skip this section; otherwise know that we semi-seriously give out an audacity award for such clues as PeterMooreFuller’s “Cómo el señor Carroll cocinó Tortuga de Sevilla, frita con papas y huevos”.

The runners-up this time are Dunnart, who hid the answer in “Means to keep beans – in refrigerator ’til later” and Alberyalbery, who uses initial letters in “From the front’s the only reason that I look like a bit of a dish”; the winner is Phitonelly, who explains the working of “In the outskirts of Tijuana men work in the fields to provide the bread on the table”.

Kludos to Phiton; please leave entries for this fortnight’s competition, and your picks from the broadsheet cryptics, below.

Clue of the fortnight

The Times2 quick cryptic is a lovely daily puzzle. Here’s an example:

Add BRAN to DISH and you get BRANDISH from a neat little three-word clue. This is how we get our kicks. 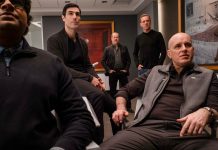 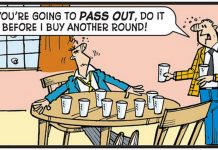 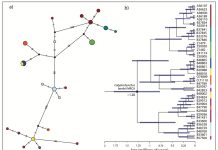 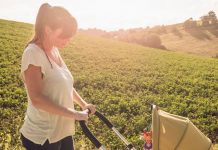 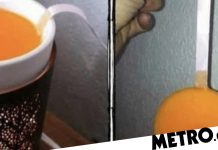 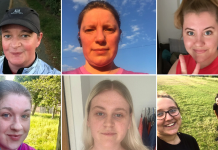 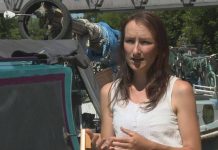 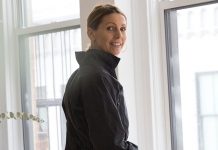 Growing a French Wildflower Garden—On Your Own Walls