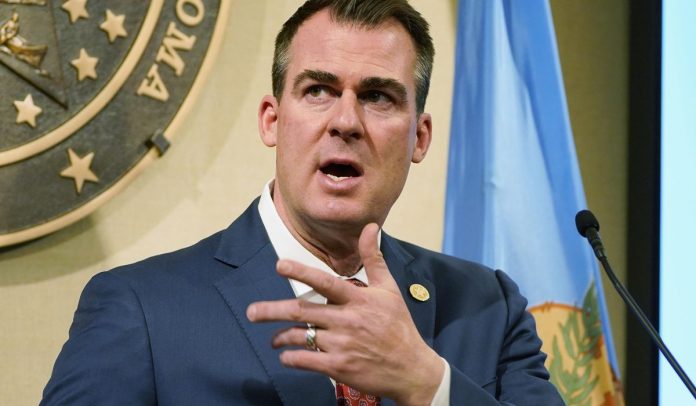 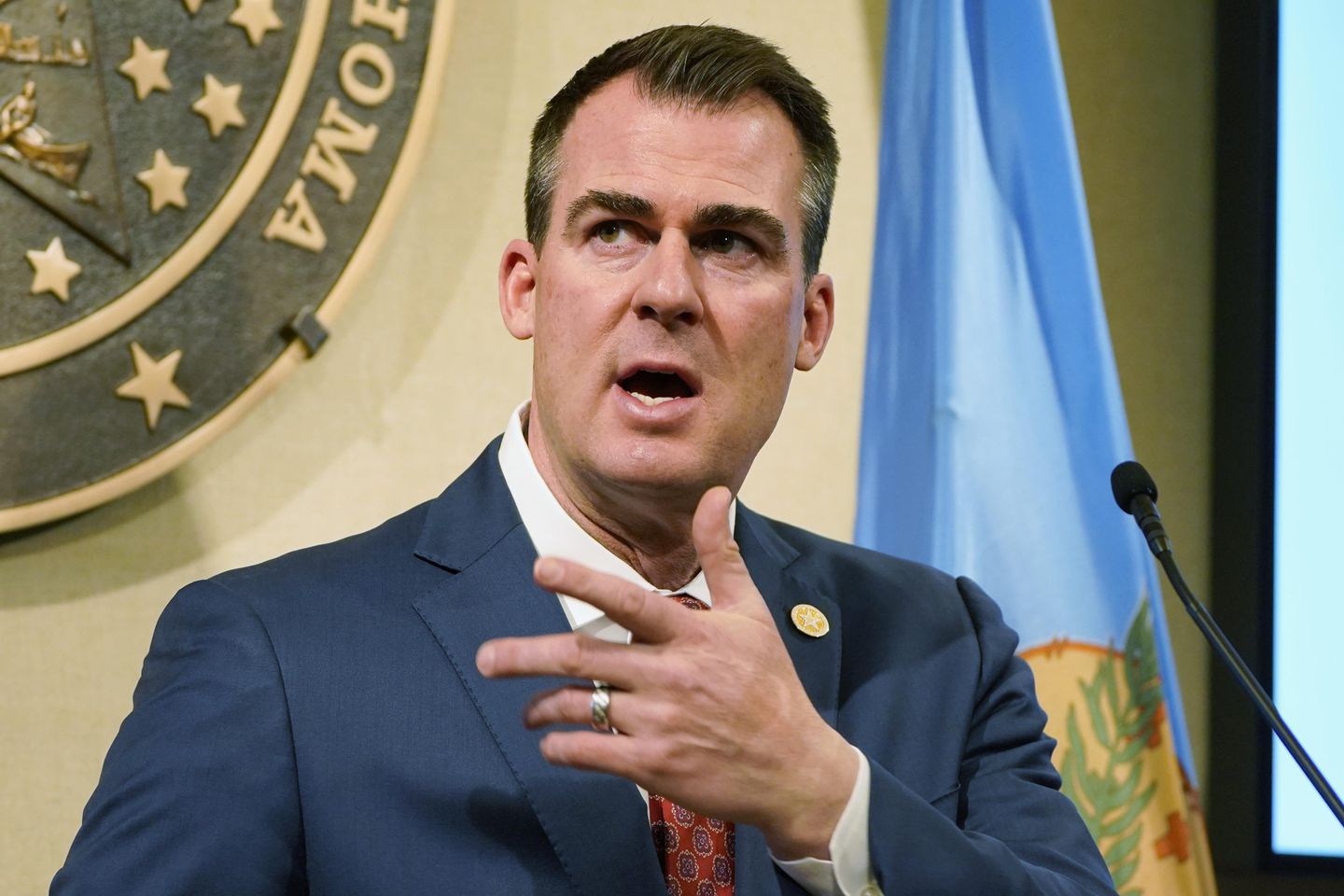 Lawmakers in at least a dozen states have introduced bills to stop schools from adopting a curriculum sweeping the country that teaches that White people are inherently racists, but only in Oklahoma has the legislation become law or gained traction.

Stopping the racist-centric education model, known as critical race theory, has become a cause celebre among conservatives, yet bills introduced in mostly Republican-run legislatures that would keep the curriculum out of K-12 schools have failed to garner widespread support.

A survey by The Washington Times found state legislatures littered with remains of bills that targeted critical race theory.

The legislation died in Republican-led Mississippi, South Dakota and Arizona and in the Democratic-majority legislature in Rhode Island.

In Arkansas, three bills to block racist-centric curricula have died and a fourth has been introduced.

In Oklahoma, however, the legislation has made it to the governor’s desk.

The office of Gov. Kevin Stitt, a Republican, did not respond Friday to a request for comment, but Republican state Sen. Shane Jett, who introduced the bill, said he is confident that the governor will sign it.

The bill would prohibit “certain employees from being required to engage in certain training, orientation or therapy that presents any form of certain stereotyping or blame.”

“Gov. Stitt is a patriot, a conservative American and, more importantly, a loving father,” Mr. Jett said. “No godly parent would allow what amounts to psychological child abuse in our schools and universities. I am thankful Oklahoma has a governor who will stand up for Oklahoma’s kids for such a time as this.”

Supporters of the bills offered various explanations for the hard slog.

One reason, they say, is that critical race theory remains a largely unknown, undefined menace. It also runs clashes with conservatives’ traditional reluctance to put the government’s thumb on education, which they see as primarily a local issue.

What plays a major role, said several lawmakers sponsoring the bills, is the risk of being labeled a racist.

“Some Republicans may not understand the threat that CRT ideology is to American values or the extent to which CRT is being pushed in organizations, public universities and public schools,” said New Hampshire state Rep. Keith Ammon. “A few buy into the objections from the left without giving the issue much study. And still others may fear that if they publicly support it, they’ll be called bad names in the press and it will hurt their political ambitions.”

Arkansas state Rep. Mark Lowery, a Republican, introduced a bill prohibiting critical race theory’s tactics, which he said could be described as bullying in school.

The bill came out of committee with strong support but then died in the full House, where Republicans hold a 76-24 majority.

“Fellow legislators came up to me and started showing me these text messages they were getting from university people claiming they would lose the accreditation and the like,” he said. “That isn’t true, none of that was true, but suddenly I could see people getting cold feet.”

Critical race theory, the brainchild of far-left academics, has swept through many elite private schools and is now making inroads in public schools nationwide. It holds that White people are inherent “oppressors” and retain political and economic power by subjugating people of color.

The pedagogy teaches that American institutions are suffused with racism and must be torn down to rebuild society along with what critical race theorists define as “anti-racist” lines.

Critical race theory supporters argue that legislation banning the curricula would prohibit classroom discussions about racism and sexism, violating First Amendment rights. Vague language about banning “divisive concepts” could be used as an infringement on schools’ independence, they say.

New Hampshire is close to passing a bill to expel critical race theory from classrooms. The small Republican majority in the State House has inserted the language into the budget bill, thus making it harder for Gov. Chris Sununu, a Republican, to follow through with his threat to veto any bill against critical race theory.

He said a rally last month on behalf of the measure attracted hundreds, a good crowd for New Hampshire politics.

“That kind of put some wind in our sails, with people wondering if the federal government was going to try to impose this at some point,” he told The Times.

When Americans see how critical race theory accuses White people of deep flaws regardless of their thoughts or actions, they are appalled, Mr. Jett said.

“The key to getting our critical race theory bill heard was engaging the public through speaking engagements and media outlets and one-on-one conversations with colleagues in the Legislature,” he said in an interview.

For the most part, lawmakers and supporters of the bills remain confident.

“Parents do not want to see their children brainwashed to believe the American system of government is evil and racist,” Mr. Jett said.

“It will take more time and there will no doubt be some stumbles, but at least in red states politicians and parents will understand that this is already illegal, immoral, and that fear of the law must be applied to root it out,” he said. “While schools in blue states will likely become defined by a new dogma of racialism, the power of the state and the threat of parental lawsuits could help maintain the cultural integrity of schools in red states.”

Some of the proposed bills take particular issue with the “1619 Project,” a New York Times series that reframes U.S. history with slavery and its aftermath as the central theme. The racism-centric perspective of the project also has been adopted into the K-12 curriculum.

The newspaper won a Pulitzer Prize for the project, although prominent U.S. historians criticized the series as historically inaccurate.

Approaching the matter simply from objections to the 1619 Project offers too narrow a focus, Mr. Eden said.

“States must pick up the mantle of enforcing basic civil rights and the 14th Amendment by extending equal protection to students of all races,” he said.

Texas Rep .James White, a Republican who introduced a bill in the state House that would prohibit critical race theory in K-12 public schools, said the theory could have a place in more sophisticated, intellectual environments.

“I get it. I don’t agree with its fundamentals, but I get it,” said Mr. White, who is Black and represents a mostly White district in Houston. “But I think there is a vast difference between a graduate seminar on sociology and a public high school history class. There, it can get away from an intellectual approach and become something much closer to indoctrination.”

Mr. White, a doctor in sociology, wrote his thesis on the intersection of race and politics.

“I just don’t know if the kids have the intellectual capacity,” he said. “I think in the public schools we should be imparting a love of our country, a love of our constitutions, but I’m not saying that has to be all drums and firecrackers. When you love someone, you also are aware of their shortcomings.” 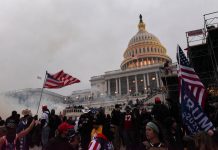 Deal on commission to investigate Jan. 6 Capitol invasion could come this week 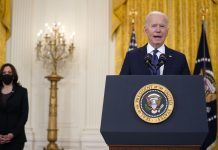 Biden: Lyft, UBER will take you to coronavirus vaccination for free 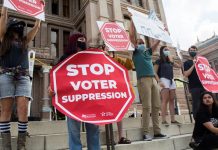 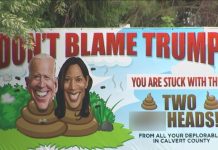 Biden to meet US governors as he pushes $2.3tn infrastructure plan – live 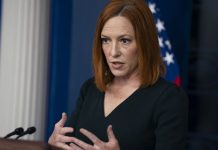 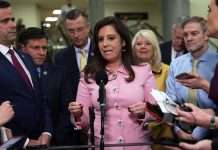 Elise Stefanik: From moderate to Trump favourite, who is the rising GOP star expected to topple Liz Cheney

Why Soaring Stocks Could Be Bad News For The Economy

The right’s new bogeyman: that Biden will take America’s hamburgers away | Art Cullen 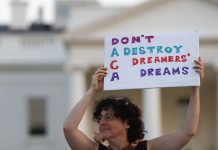 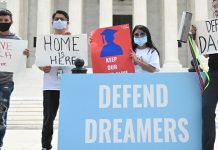