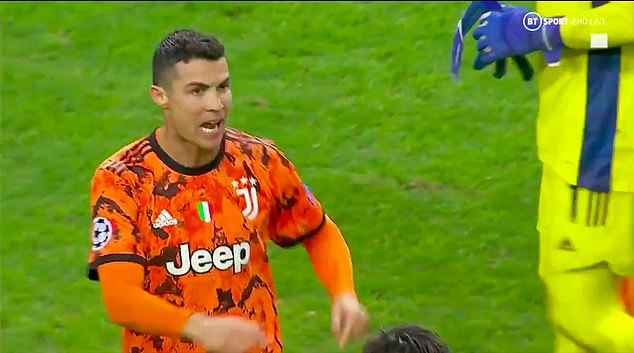 Cristiano Ronaldo was furious after he was denied a penalty in the final moments of Juventus‘s 2-1 defeat by Porto.

The Serie A side had given themselves a lifeline with Federico Chiesa pulling a goal back in the 82nd minute after they had been 2-0 behind.

Just before the final whistle, Ronaldo brought down the ball in the box and then flicked it backwards before colliding with Porto defender Zaidu Sanusi.

No foul is given and Porto win the first leg 2-1! 🔵⚪️ pic.twitter.com/ehaWWw1nBR

The forward went to ground and immediately appealed for a penalty but the referee refused to point to the spot before blowing for full-time.

The decision was checked by VAR but Ronaldo was adjudged to have already been going to ground before the challenge from Zaidu came in.

The Portugal captain was incensed and argued his case with the official at the end of the game. 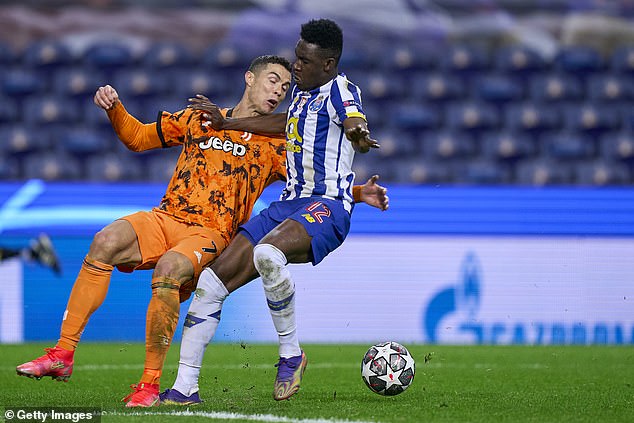 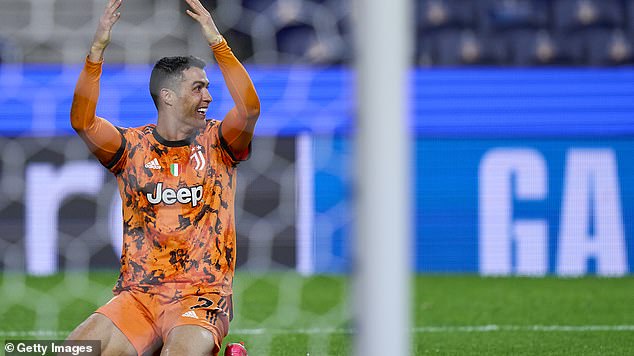 Zaidu had sarcastically applauded the forward after he had gone to ground, suggesting he had tried to trick the referee into giving a penalty.

The result could have been worse for the Italians after a horrific Rodrigo Bentancur back-pass allowed Mehdi Taremi to open the scoring after just 63 seconds. It was the quickest goal conceded by the away side in Champions League history.

Juve started the second half just as poorly with Moussa Marega adding another just 20 seconds after the restart.

That was also the quickest goal Juve have conceded in a second half match in the European competition. 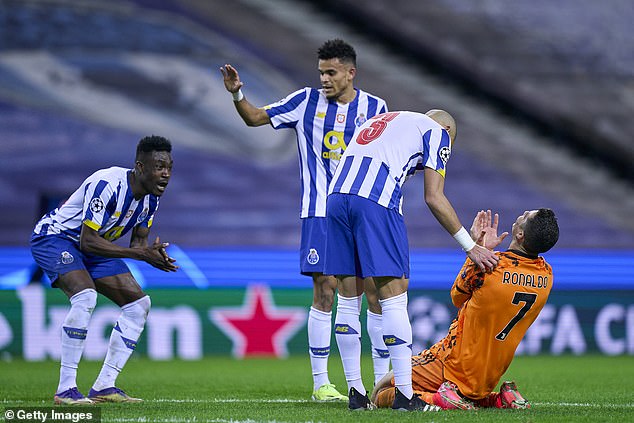 Sanusi sarcastically applauded the forward, suggesting he had tried to trick the referee

Chiesa’s late away goal could prove crucial with Juve only needing a 1-0 win in the second leg to progress to the quarter-finals.

Juve boss Andrea Pirlo also approached the referee at full-time and looked perplexed at the decision not to award a penalty.

His side topped their Champions League group ahead of Barcelona to progress to the last 16 while Porto finished second in theirs, behind Manchester City.