Recently I have been watching six teuchits – peewits, lapwings – at the bog close to where I stay. They returned in late March and early April to nest; in fact, “teuchit storm” is an old Scots phrase that describes the inclement weather around that time.

First there were three, then three pairs. They flap up and tumble and wheel in blacks and whites. Up close the iridescence of their feathers quivers in the sunshine. All the while they beep and “chae-widdlewip”, sometimes so close that I can hear the whoop-whoop of wind through their feathers. An old bird guide from the late 1970s tells me they’re one of the 60 most common resident species, but now the British Trust for Ornithology tells me their conservation status in the UK is red.

I’m delighted to see them back. The other day I counted three up in the air, and when I scanned the bog, I saw two more, thinking the sixth was hidden somewhere behind a clump of reeds. The calls of some greylags distracted me, then ravens seemingly flew out of the sun from the east.

I crossed the fence heading home and, just beyond, came upon a mass of feathers: primaries, secondaries, “semiplumes”, and downy white wisps that even as I watched were caught and agitated by a fleeting breeze. Some feathers were half white and half black, tipped with white. Others were a smoky brown-black, some again tipped with white, others fading to a buff-coloured oval towards their tips. Smaller ones, greenish, bluish, purplish, shimmered as I held them in my palm. Yet more were a sandy brown, and when I look closely at a photograph of a lapwing, I see these ones would have been from its lower back, just before its white rump and black tail with its tiniest edge of white.

Two more ravens prukked, and I watched them dip down into the pinewood to the north. Even though they were half a mile away, I could hear a noisy stramash between them and something else, before they flew back up and continued on their way.

Police Taser ‘mad’ zebra on the loose near school 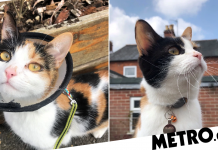 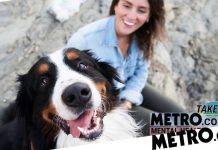 How animals can help improve our mental health 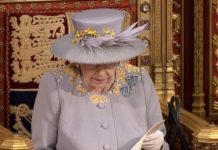 Chickens released as bait in hunt for escaped leopard in China

Country diary: we are down to our last male nightingale