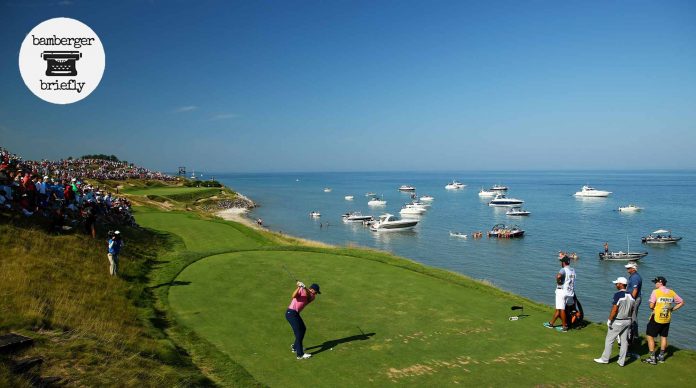 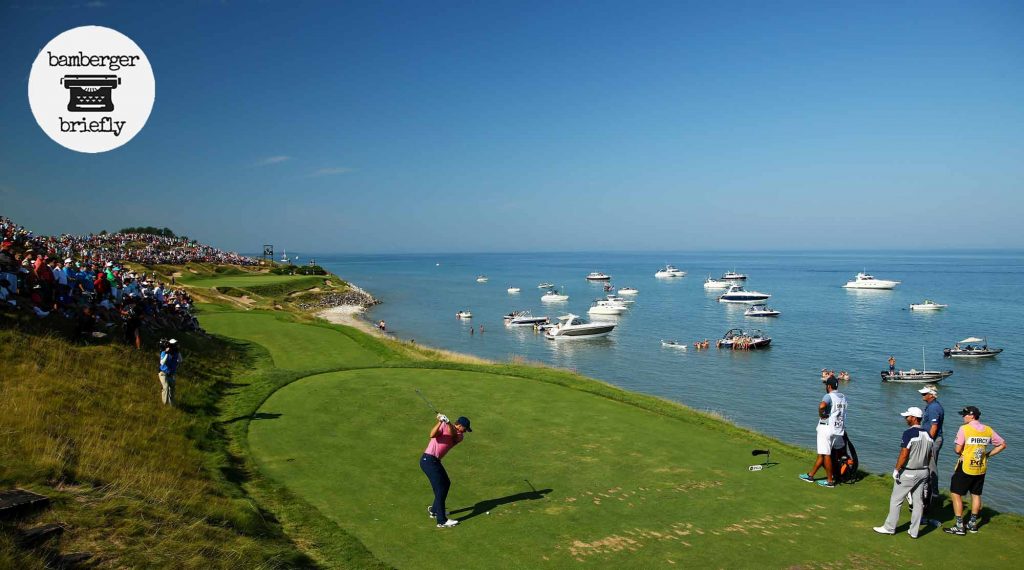 Ed. note: Every weekday between now and when the PGA Tour resumes play, Michael Bamberger will offer a report in this space by 8 a.m. — usually, but not always, playing off the news. We like to give our guy room to roam, but not here: In Bamberger, Briefly, he’ll be contained to 500 words or less. He welcomes your suggestions and comments at [email protected]

Monday’s BB report, about where and when golf’s four major championships might be played this year, prompted readers to ask about the timing for this year’s Ryder Cup. You may know that the 2020 Ryder Cup at Whistling Straits, on the final Friday, Saturday and Sunday of September, has been on the docket since 2005 — for 15 years!

Nobody wants to see it postponed for a year, most particularly Herb Kohler, the owner of the lakefront Wisconsin resort, and Steve Stricker, the Badger State golf icon who is the U.S. team captain.

In the year of Pete Dye’s death, what a send-off it would be for the legendary architect, to have all of golf focused on his most visually stunning course. Dye’s many friends and admirers already missed one chance for a grand send-off, when the Players Championship was canceled this year after one round. The Stadium Course is his most visually intimidating course.

But if the four majors are going to get played in (and this is loaded with guesswork) August, September, October and November, it would overload the circuits to have the Ryder Cup played at its appointed time. That’s the view of this bureau. Many devoted golf people won’t share that opinion.

This is not the year for partisan pride through the narrow prism of golf. If this hideous pandemic shows anything, it’s that the boundaries between countries are lower than a sidewalk curb, and that the world’s 193 UN-recognized nations need more cooperation in the areas of science and medicine. Ryder Cup histrionics would look even more unseemly amid this modern plague.

Again, this is not a popular view, but if you look at the facial expressions of Rory McIlroy and Patrick Reed, as they played their singles match on the final day of the 2016 Ryder Cup at Hazeltine, that’s not golf. Caring is great. National pride is too. But this is just a golf match. The Ryder Cup is an outstanding golf exhibition. But that’s all it is. Waiting for 2021 to play the 43rd Ryder Cup, and then playing it in odd years after that, might give a chance for the event to recalibrate.